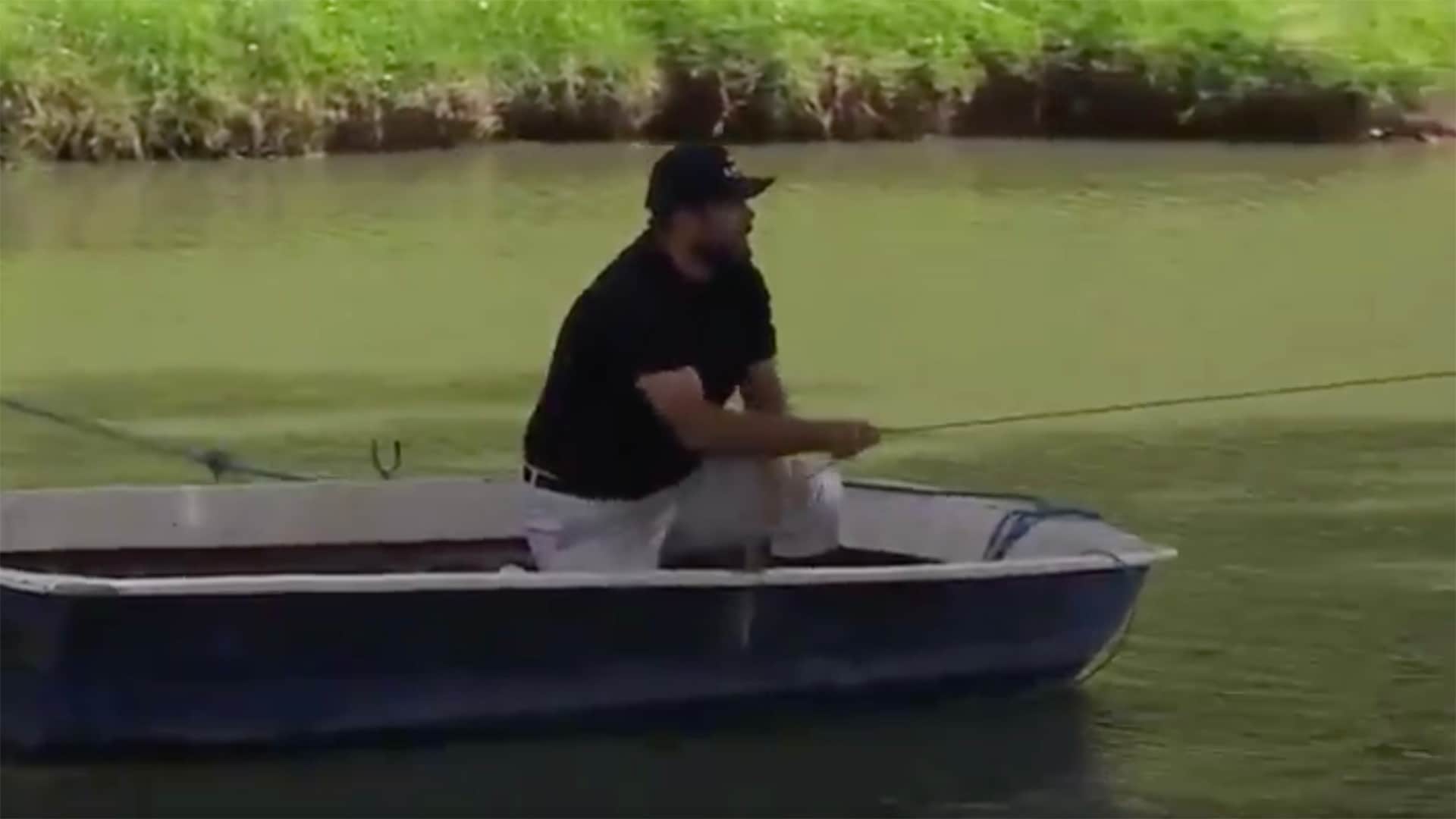 For everyone who has wanted to see someone play a shot from the island near the 17th hole at TPC Sawgrass, Joel Sjoholm provided the next best thing Sunday at the Hero Open.

After hitting his second shot onto a small island, nicknamed Henderson's Island, right of the 17th green at Forest of Arden Country Club, Sjoholm opted to play the ball as it lies. To do so, though, he had to get on a small boat and pull himself with a rope over to the island.

He stayed dry – barely – and after doing a little sign work, he played the shot.

OK, so the final result wasn't great – Sjoholm made bogey – but it's not every day you see someone use a boat during the course of play.