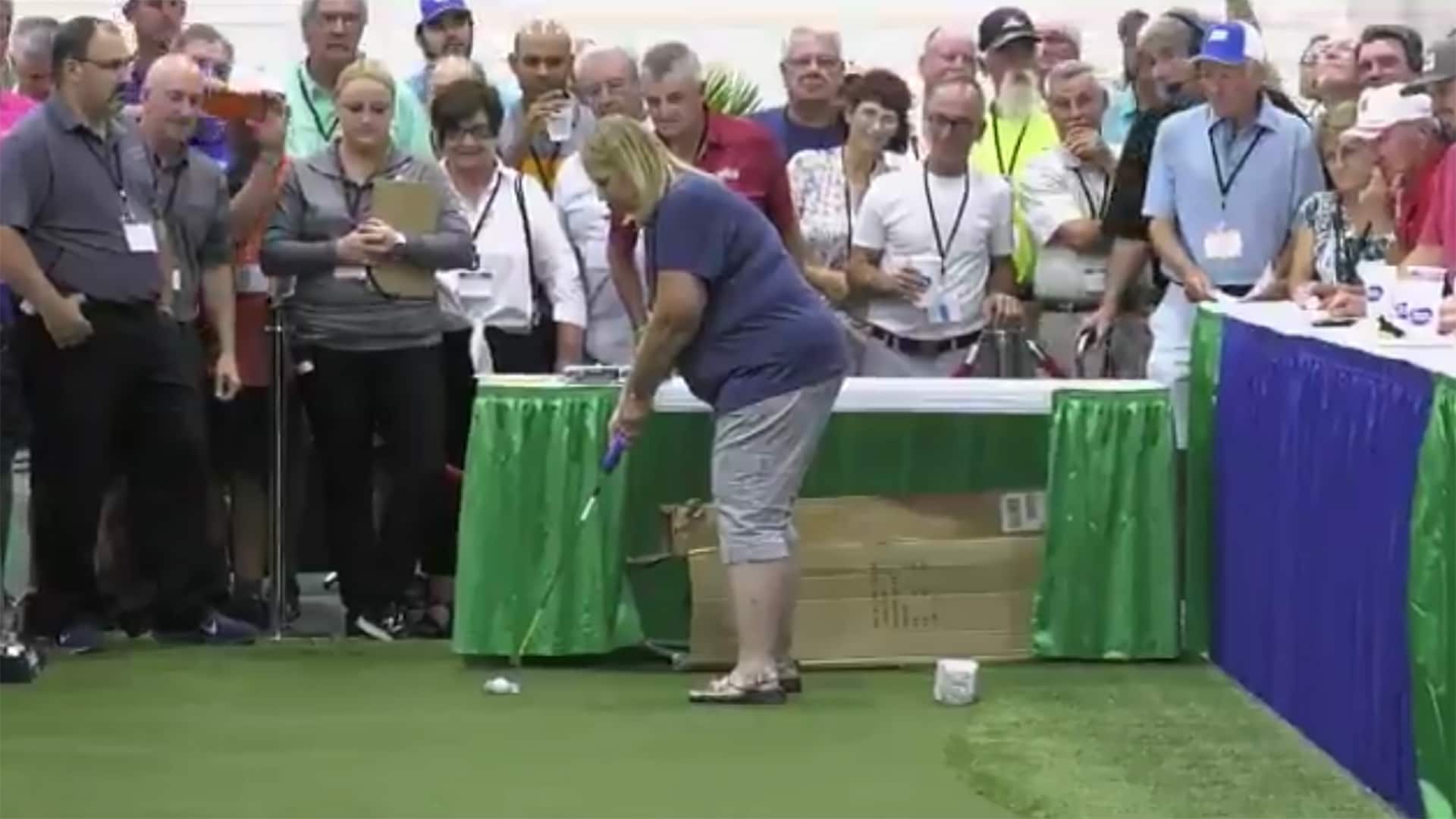 There's pressure for the average weekend warrior when standing over a 10-foot putt to win some cash against your buddy, but nothing like what happened Thursday night in Myrtle Beach.

Facing a 100-foot putt at the Myrtle Beach World Am, with a healthy crowd watching like it was the last play of the Super Bowl, this German lady took aim at the hole with a shot at $25,000.

Even while dodging a bunker and the right-to-left break, she made the cross-country putt look like a piece of cake. It also makes those same weekend warriors grinding over the short knock-ins feel jealous and frustrated she made it look so easy.

As if she needs any more money, there's probably thousands of players out there who would be willing to pay her for a putting lesson after the skill she showed off.

Count me as one of those.