Watch: Japan's PM falls into bunker while with Trump 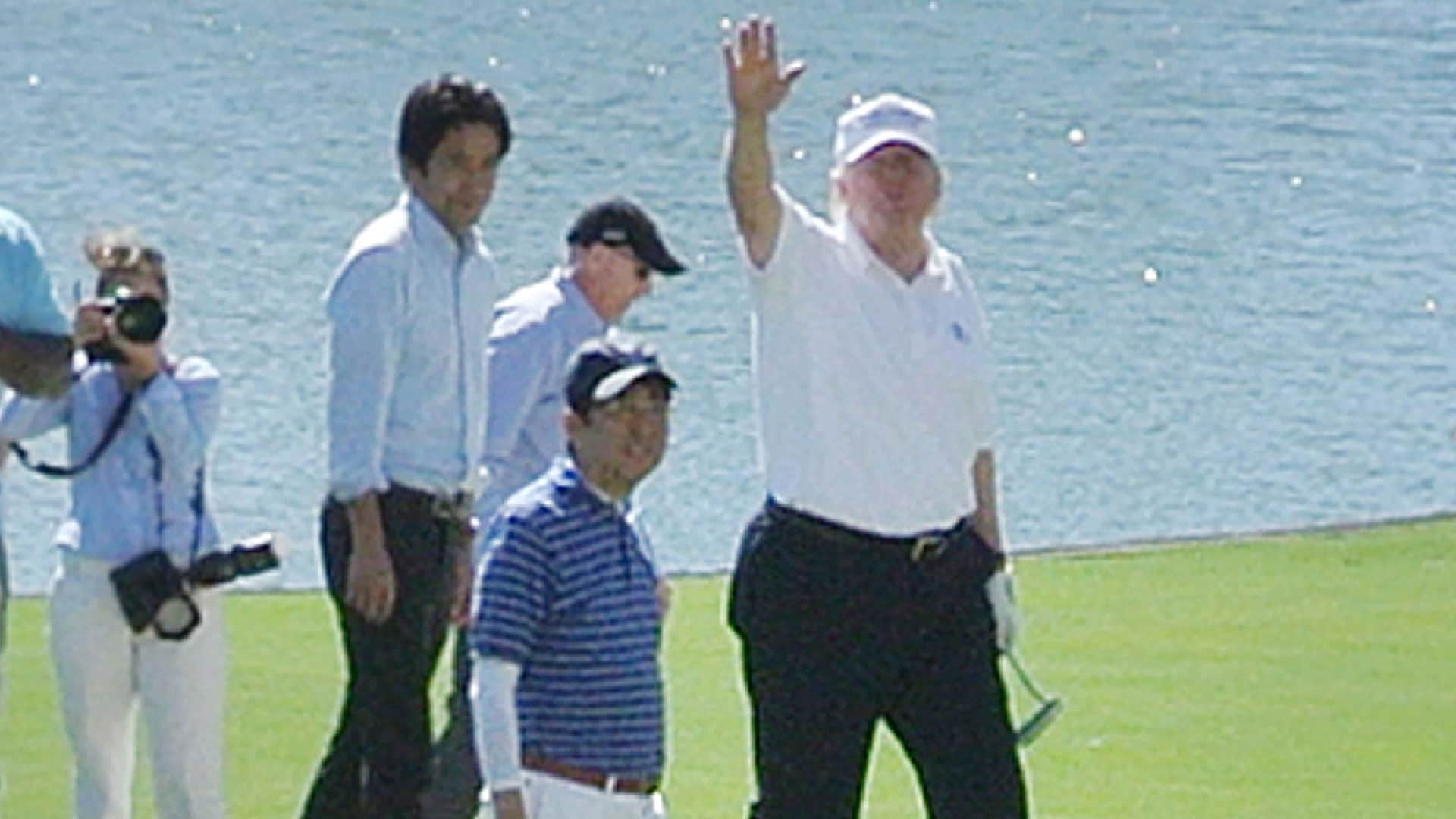 President Donald Trump showed off his golf swing on Twitter after a recent round with Japan's Prime Minister Shinzo Abe and world No. 4 Hideki Matsuyama, but it wasn't the only high lowlight of the day caught on camera.

A Japanese TV station posted some footage of the action on Twitter Tuesday, in which they caught Prime Minister Abe, 63, falling over backwards into a bunker shortly after he hacked his ball out of it.

As for Trump, well, he didn't even appear to notice as he kept walking right on down the fairway. And if Abe is anything like anyone who has ever taken an embarrassing tumble, he'd probably prefer to keep it that way.