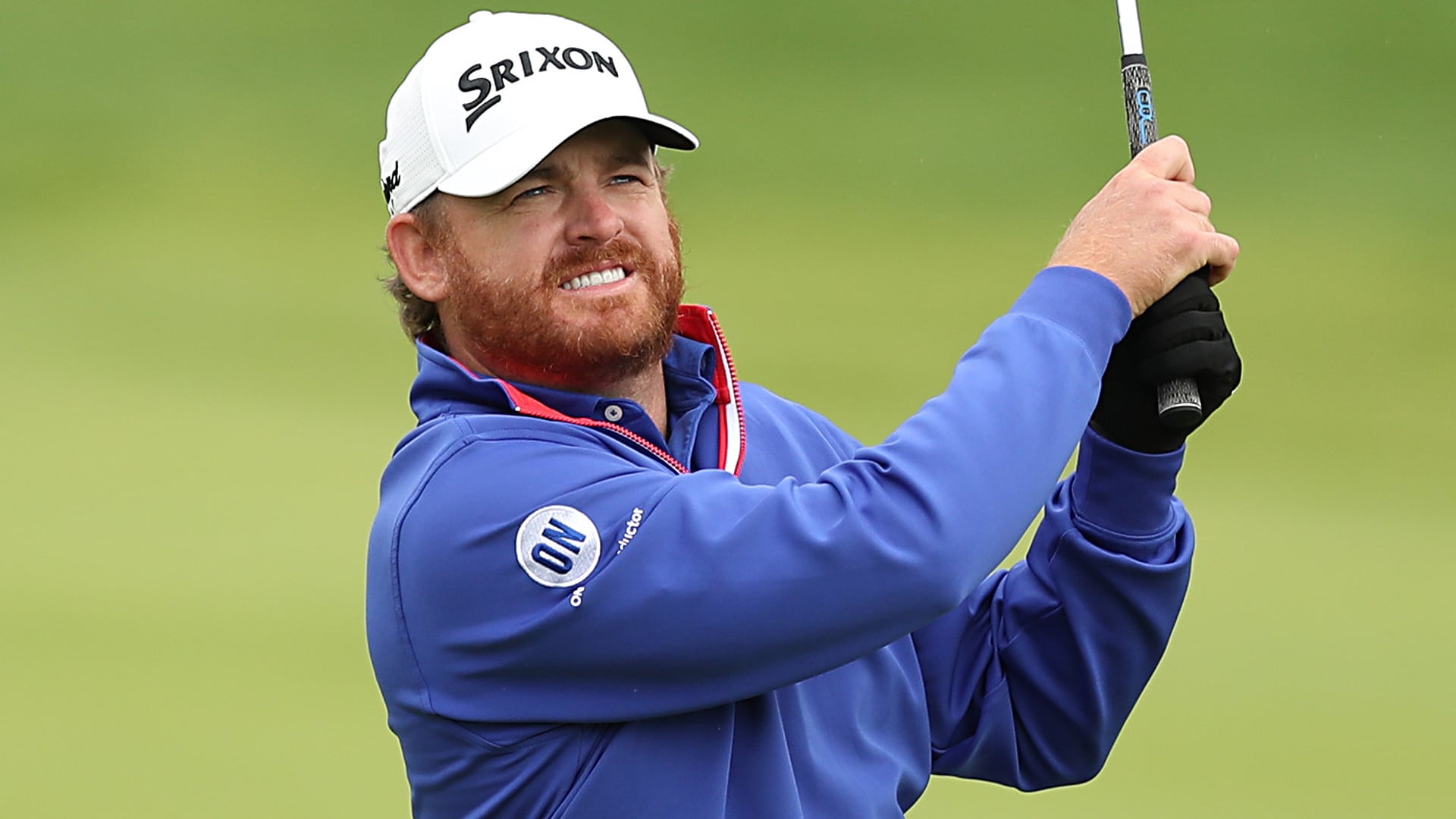 J.B. Holmes was at 6 under par, one off Jordan Spieth's lead at the Genesis Open, when he bogeyed the par-4 fifth hole, his 14th of the day.

Holmes, however, responded in spectacular fashion by acing the par-3 sixth from 146 yards.

That got Holmes to 7 under par and into a share of the lead during the delayed opening round at Riviera Country Club. He would finish in sole possession of the lead after an 8-under 63.