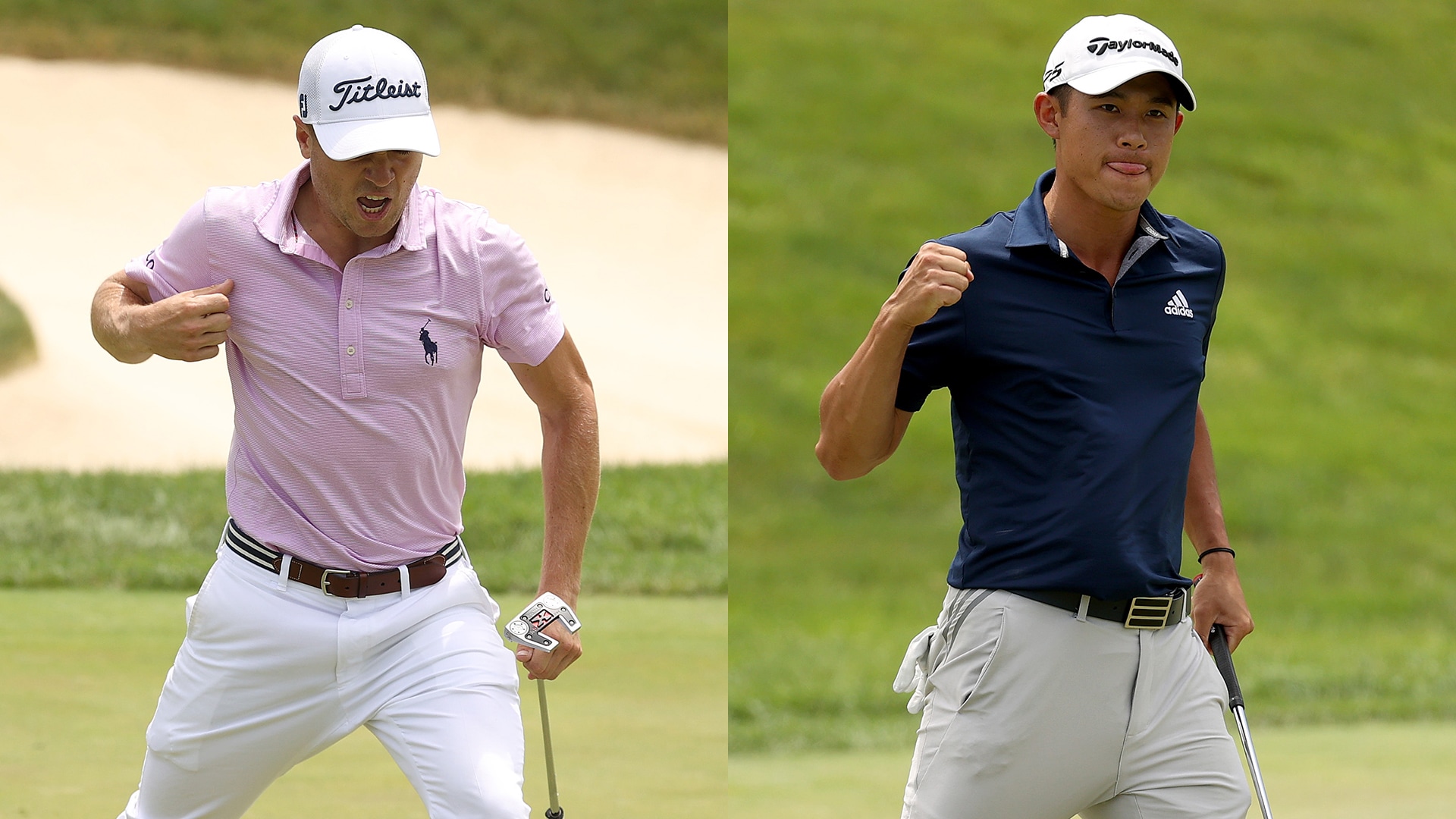 DUBLIN, Ohio – If he had to guess, Justin Thomas gave the putt about 30 feet of break, but then a 50-footer on the 18th green at Muirfield Village doesn’t really lend itself to normal parameters of green reading.

“I mean, there wasn't really a specific read. I probably played it 30 feet out, something like that,” Thomas said of his birdie putt on the first playoff hole at the Workday Charity Open. “It just was more about feeling and getting engaged for the speed because that's a putt that in all reality I'm just trying to get it around the hole and hope [Collin Morikawa] misses and then try to salvage a par to go on to the next hole.

“Somehow the hole got in the way.”

The dramatic birdie threatened to end the playoff but Morikawa converted his birdie attempt from 24 feet and he would win the event two holes later. Still, the exchange was the highlight of a day filled with dramatic lead changes.

“I figured I just had to make it,” Morikawa said of his birdie putt at the first extra hole. “Obviously, I wanted to put in really good speed, but it didn't really change much, other than if I missed, we're done. It's all over.”

Although he would come up short in the playoff, Thomas’ putt on the 73rd hole was the highlight of an impressive day on the greens that included 10 consecutive one-putts starting at the sixth hole.