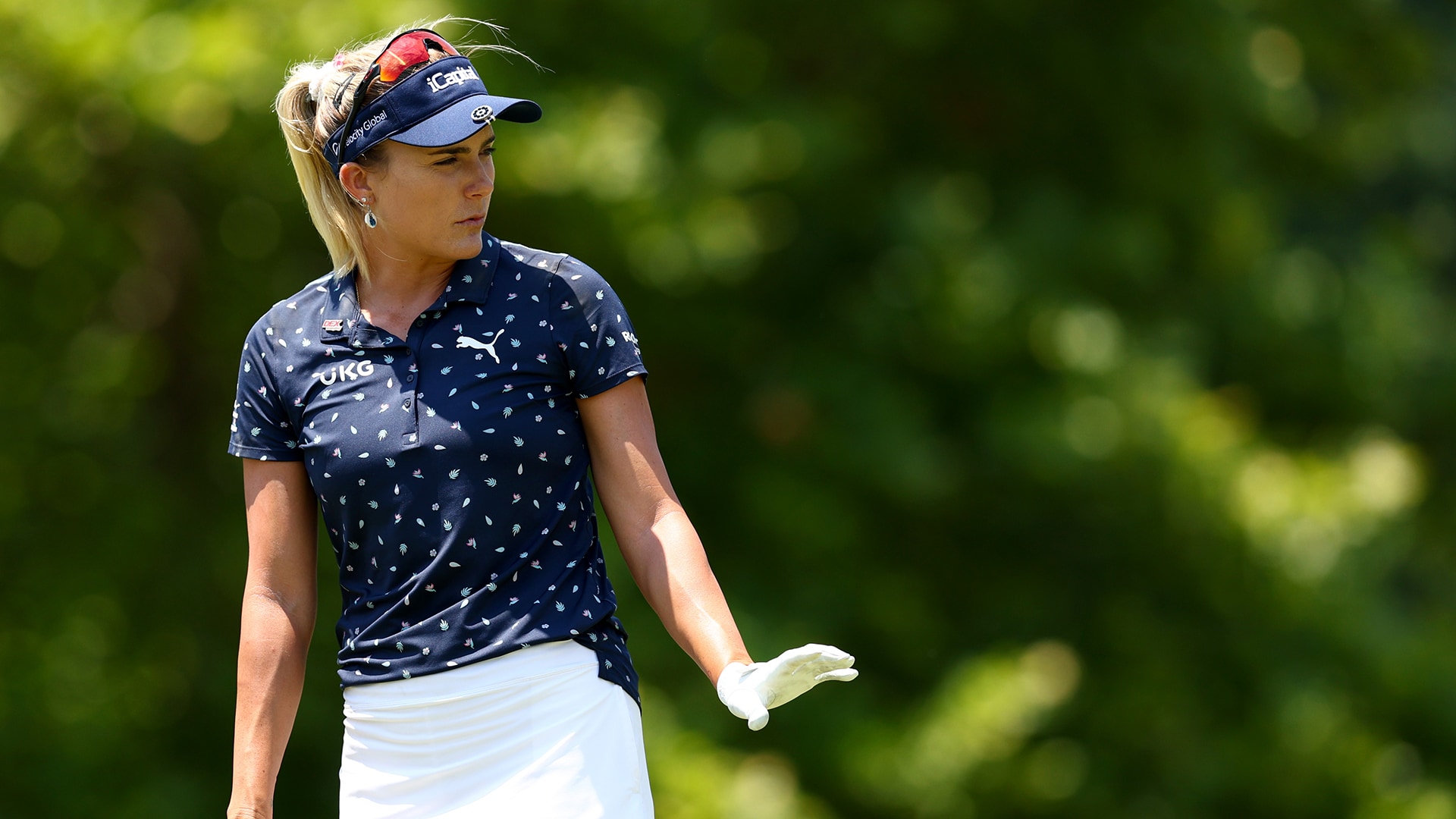 As she tries to win her second career major championship, Lexi Thompson will again have to battle the putting demons.

Holding a two-shot lead Sunday at the KPMG Women's PGA Championship, Thompson left herself 2 feet for par at Congressional Country Club's par-4 14th hole. Her next putt didn't even touch the hole.

Thompson's miss dropped her to 5 under, just a shot ahead of In Gee Chun and Minjee Lee.