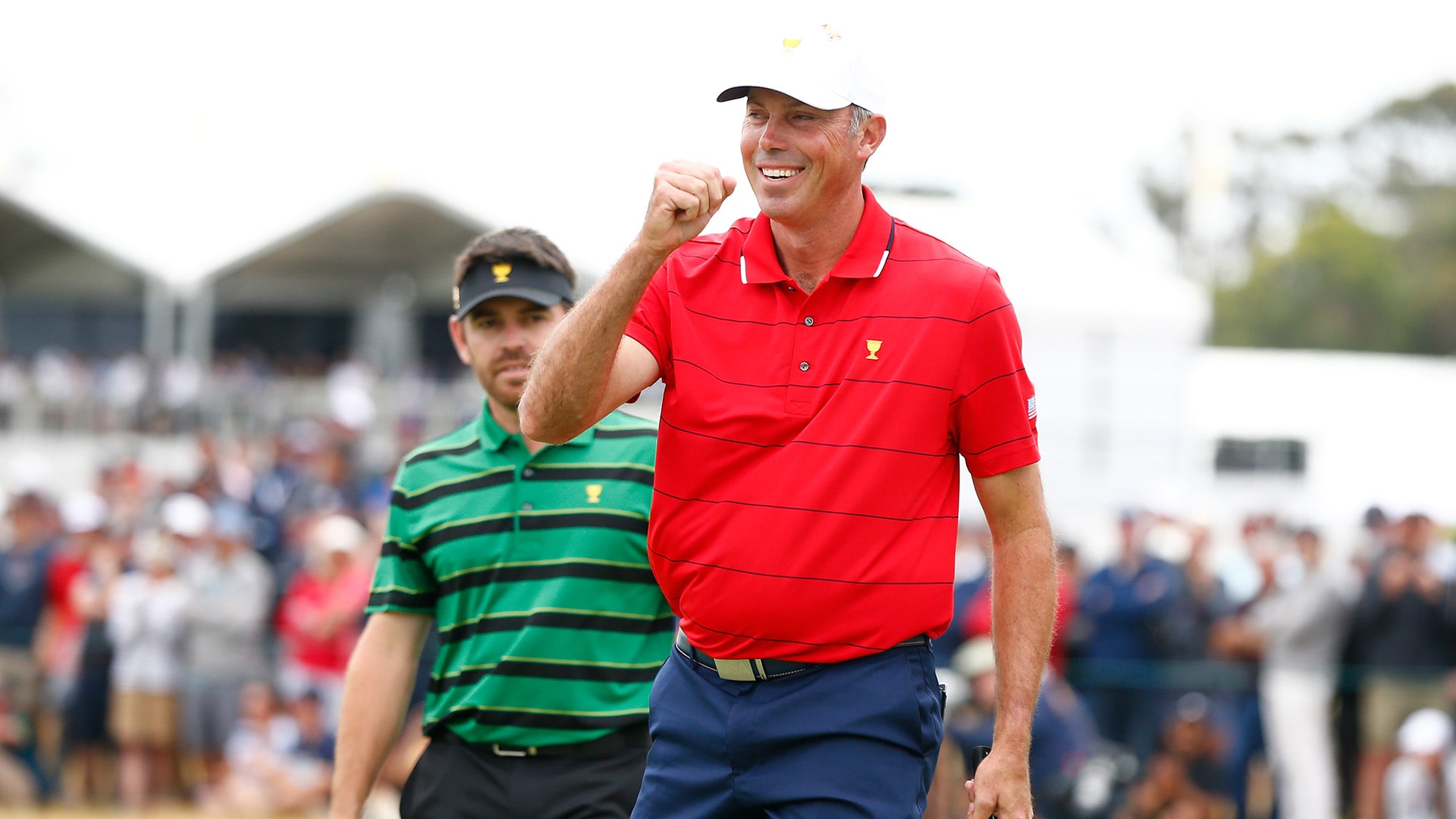 Matt Kuchar was often the center of attention in 2019, too often for the wrong reasons.

From his stiffing of El Tucan, to his match-play dispute with Sergio Garcia, to his excessive landscaping in a waste bunker, Kuchar's assorted controversies overshadowed an otherwise excellent year of golf.

But Kuchar will exit 2019 in style, having secured the Presidents Cup for the United States with this birdie putt at the 17th hole Sunday at Royal Melbourne.

That make pushed Kuchar to 1 up with one to play in his singles match with Louis Oosthuizen, guaranteeing the United States a half-point and the Presidents Cup.

Kuchar would drop the 18th hole to halve the match with Oosthuizen, but the celebration was already on for captain Tiger Woods and company.

"Such a thrill," Kuchar said after the match. "I can’t tell you what it felt like, what the emotions running through my body were. But I was basically jumping out of my skin when that putt went in on 17 knowing that was the clinching — at least the clinching half.

"And to see everybody on 17 green, knowing exactly what that meant. To be able to come through and do that, I was just overwhelmed with emotion. It was just an awesome feeling."