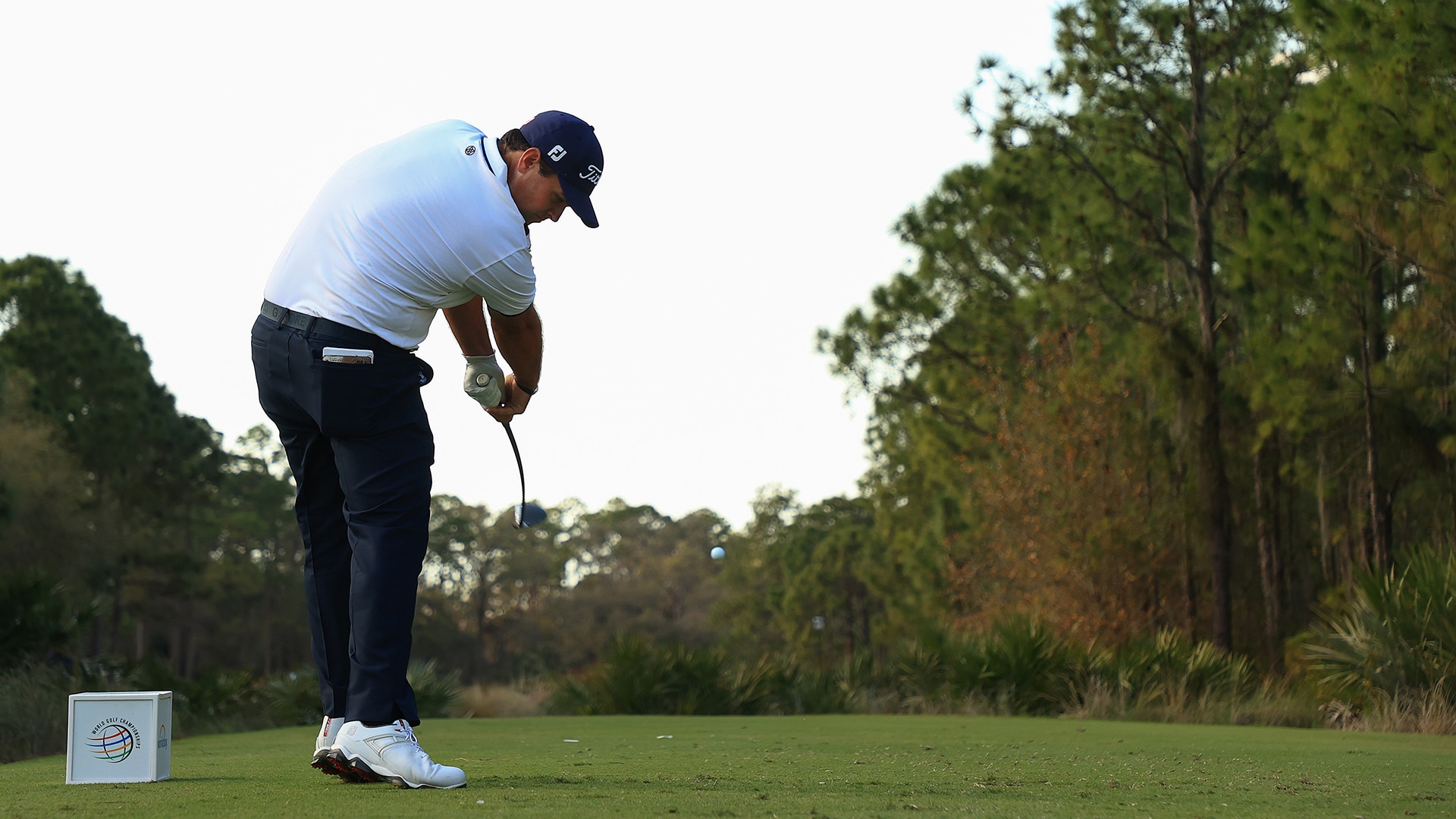 BRADENTON, Fla. – Patrick Reed stayed in the mix Friday at the WGC-Workday Championship despite a few squirrely shots on his back nine.

Reed had a topped shot and two water balls in his second consecutive round of 68 that left him three shots back of Brooks Koepka heading into the weekend.

On his worm burner, Reed explained that he recently added more loft on his 3-wood so he could have more height on his approach shots into Concession’s elevated greens. But on the par-5 third hole, Reed tried to hit a low cut around the tree in front of him and came into the ball with too much shaft lean.

“It had to have just literally hit right in the ground in front and it went forward,” Reed said.

His ball trickled into a fairway bunker, but from 142 yards away he spun his short iron back to 4 feet and made birdie. As he said to caddie Kessler Karain: “We laid up to the perfect number.”

Reed mentioned something else to Golf Channel on-course reporter John Wood as he climbed out of the bunker. Said Wood on the broadcast: “He looked over at me and said with a big smile, ‘I was just trying to give Tiger something to laugh about,’” referring to Woods, who is recovering in a Los Angeles-area hospital after a serious car accident earlier this week.

Reed’s adventures continued from there.

On his tee shot on the fifth hole, Reed said his back foot slipped on his downswing, pulling his ball into the pond. He did well to make bogey after getting up-and-down from a greenside bunker.

Then on the eighth hole, Reed drove into the right-hand side of the fairway and had a tricky wedge shot over the trees and into a well-protected green. Despite choosing what he thought was plenty of club, his ball landed short of the putting surface and rolled back into the water, leading to a bogey.

“I basically just kind of (need to) reset,” Reed said afterward. “I felt like I’m still making good golf swings and putting myself in spots that you need to in order to attack this golf course. There toward the end it was just kind of a couple head scratchers.”