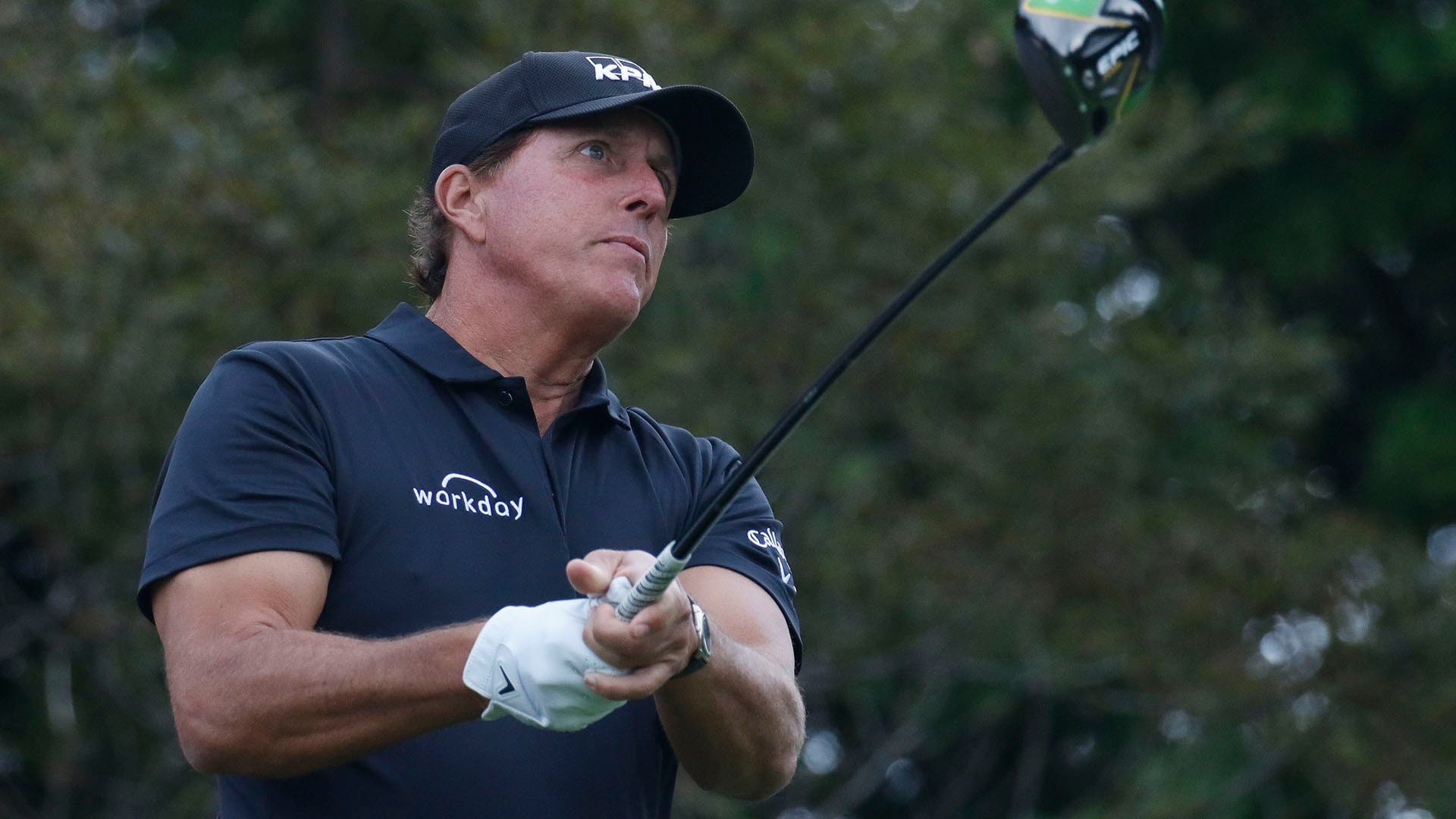 Phil Mickelson loves to hit bombs and one of his big drives nearly resulted in an ace in Round 2 of the CJ Cup.

Playing the 353-yard, par-4 14th, Mickelson hit driver and the ball caromed off the flagstick, nearly dropping for an albatross.

Mickelson made the eagle putt, but then bogeyed his next two holes en route to an even-par 72. He's at 2 under par, 11 off the lead.