Watch: Phil hits into three bunkers, holes out for par 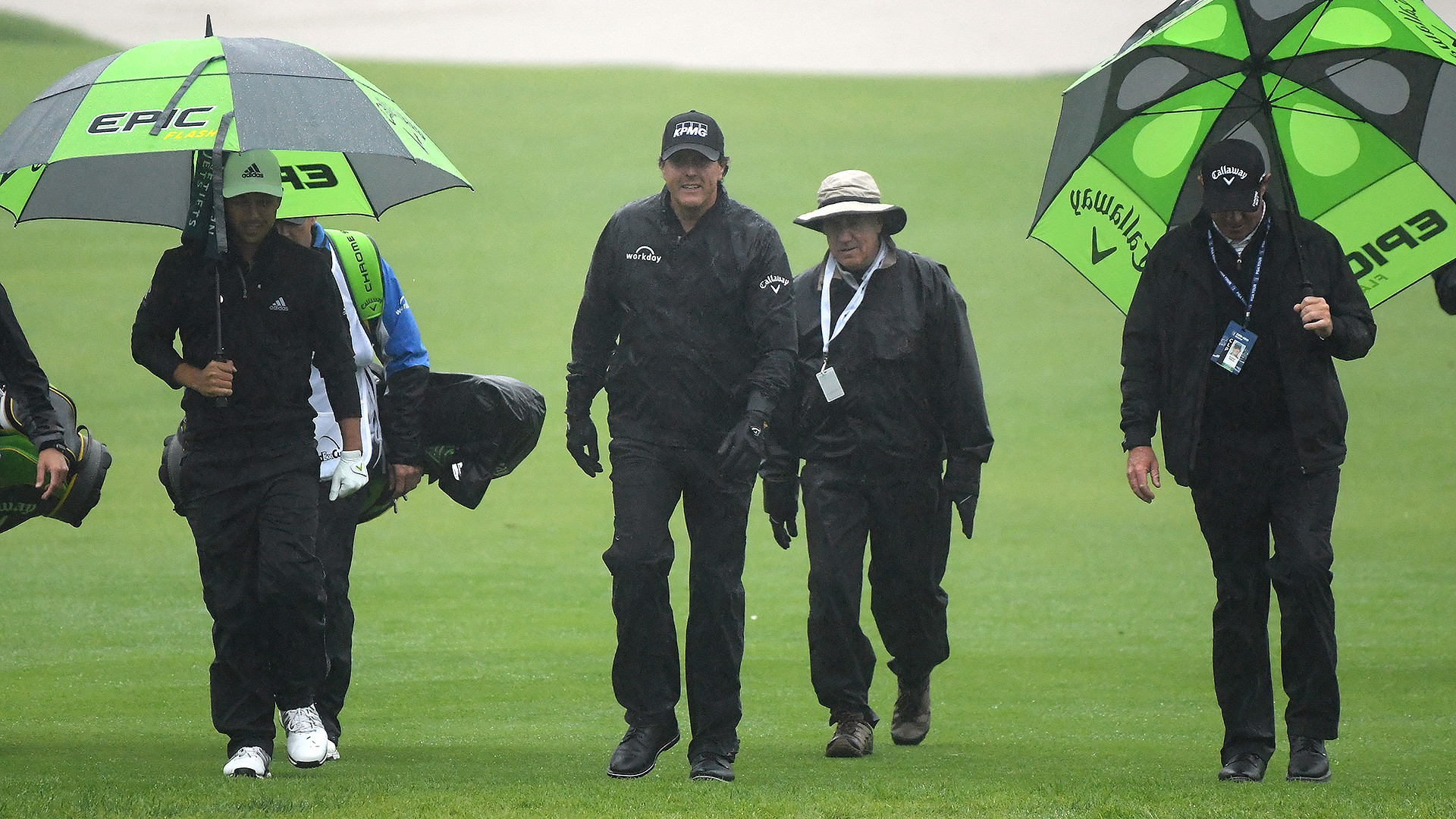 Phil Mickelson played one hole before his opening round was suspended at the Genesis Open.

And what a hole it was.

Starting at the short, par-4 10th, Mickelson hit his tee shot into a bunker, 45 yards from the hole. He then hit his second shot into a greenside bunker, and into a plugged lie. He blasted his third shot over the green and into another bunker, and then, in perfect Phil fashion, holed his fourth shot for par.

Check out Phil at his most Phil.

That par, however, won't be official as the Tour decided to reset scores and start anew when play resumes at Riviera.