Watch: Phil Mickelson makes par after putting from 78 yards out in fairway 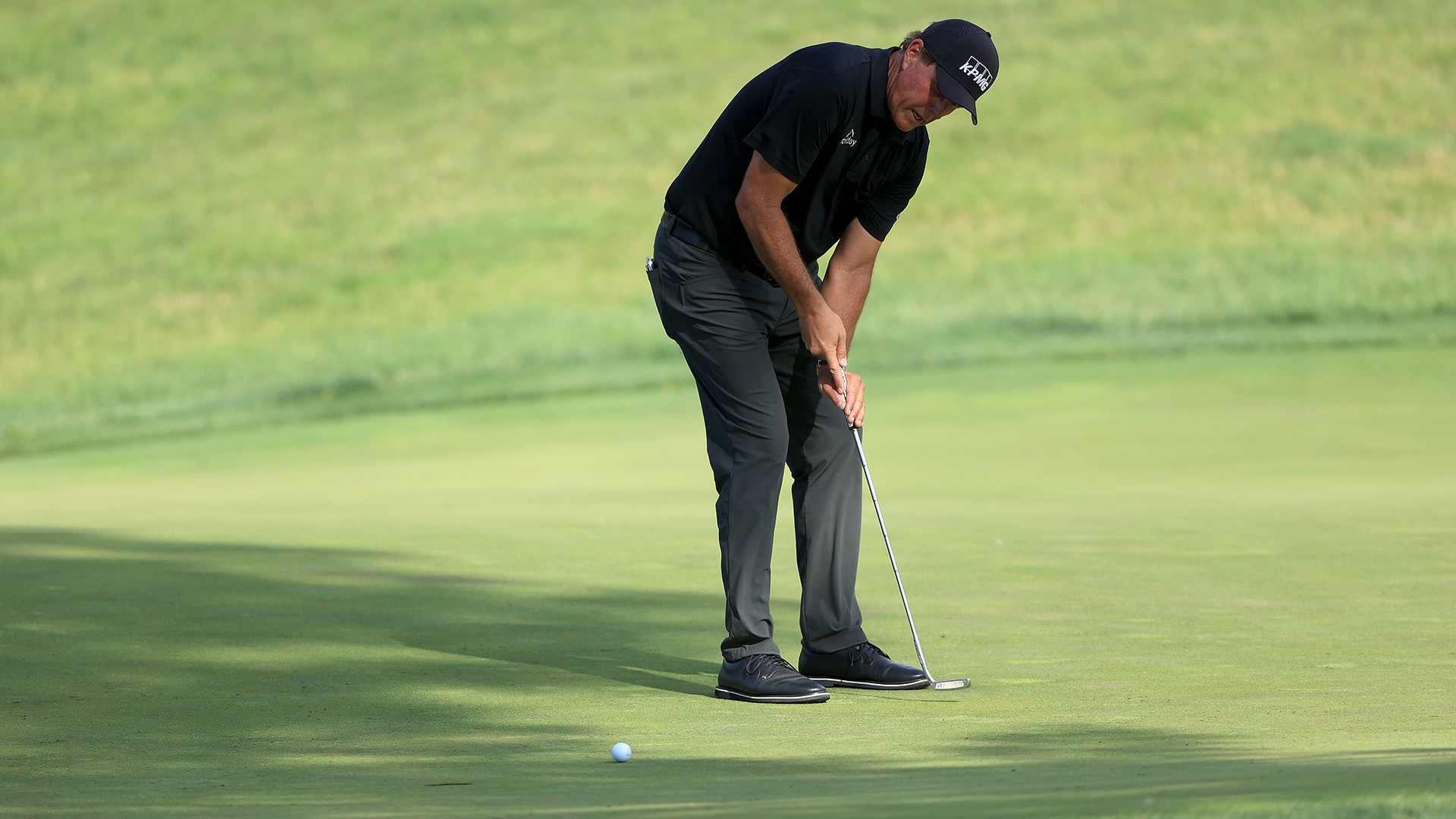 DUBLIN, Ohio – Phil Mickelson is no stranger to “statement” plays. He is after all the same player who swatted at a moving ball during the 2018 U.S. Open at Shinnecock Hills because he “didn’t feel like going back and forth and hitting the same shot over.”

So when Lefty squared up his 78-yard approach shot at the 13th hole during the final round of the Memorial he took an unconventional approach and opted to putt his second shot. The move wasn’t, however, a statement on how difficult Muirfield Village has played this weekend.

“The fairway prior to the green was pitched more severely right to left, and if I used that slope it was going to angle and get the ball working over to the left pin and possibly get close, whereas if I hit a wedge shot and flew it on to the front edge or just short, it wasn't using that extra pitch or contour to get the ball over to the left,” Mickelson said. “I didn't hit it hard enough, but if I had hit that hard enough, I think that ball could have gotten close to the hole to a tap-in, whereas a wedge I didn't see that being possible.”

Mickelson’s “approach putt” came up short of the green but he hit a soaring flop shot to 2 feet for a par at No. 13.

That’s not to say Mickelson didn’t make a statement following his final-round 78. Lefty decided to lay up on the 173-yard, par-3 16th hole and, again, putted from 43 yards short of the green for his second shot. He explained it was a calculated attempt to improve his chances on a hole that has taken its toll the last two weeks.

Mickelson was hardly the only player complaining about the 16th green, which is the newest and firmest on the course and statistics suggest those complaints are legitimate. For the week the scoring average at No. 16 is 3.64 which would make it the toughest hole on the PGA Tour this season.