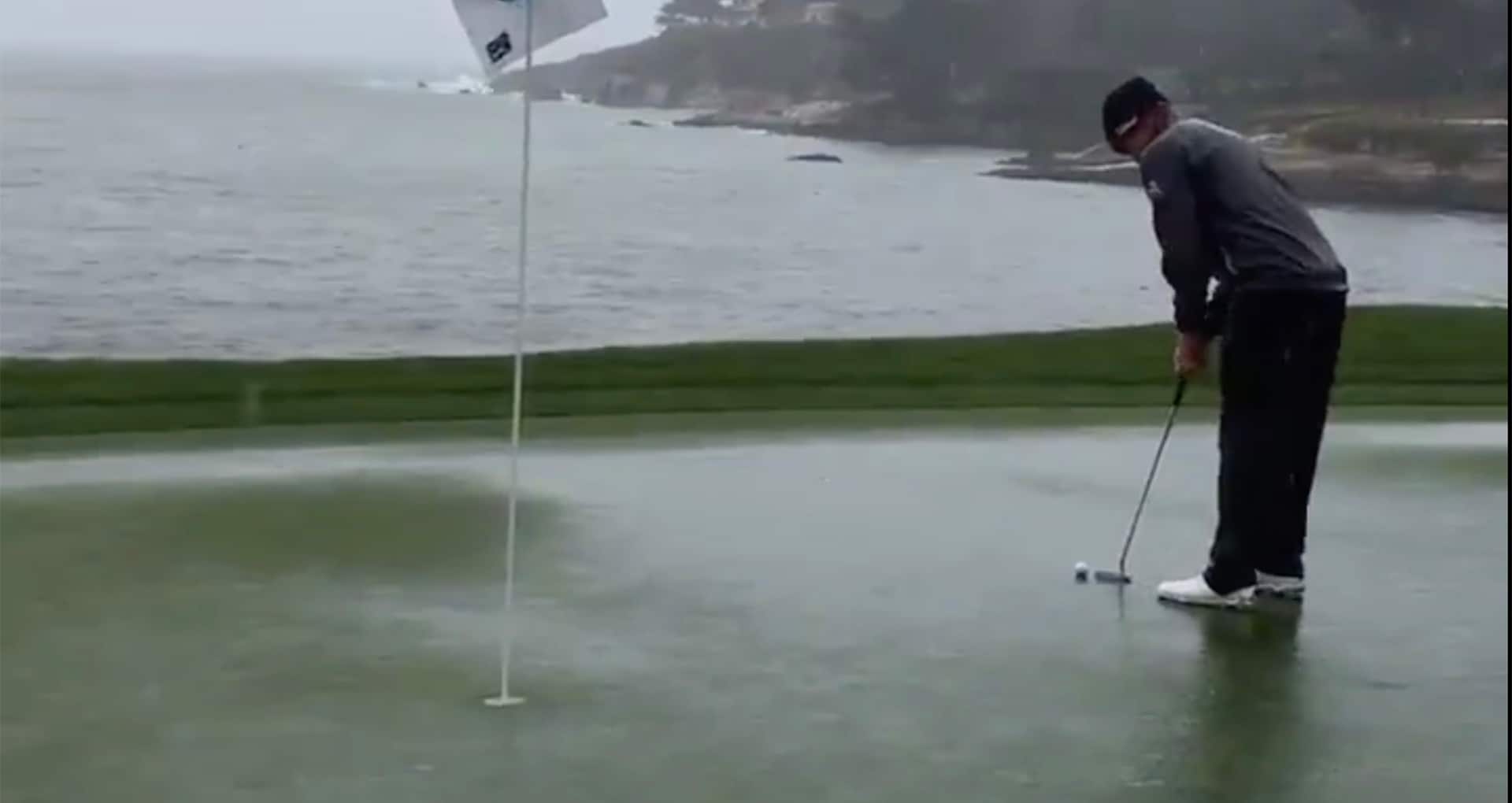 The weather forecast doesn't look favorable for this week's AT&T Pebble Beach Pro-Am, and players were greeted by cold and rainy conditions during Monday's practice round. But that didn't stop Rafael Cabrera Bello from toughing it out, as the Spaniard kept playing in a downpour on a rain-soaked green in order to get a shot at a birdie on the scenic 18th hole:

Cabrera Bello is making his second straight start at Pebble Beach, having tied for 26th last year, and will be making his first tournament appearance in the U.S. since the BMW Championship in September.