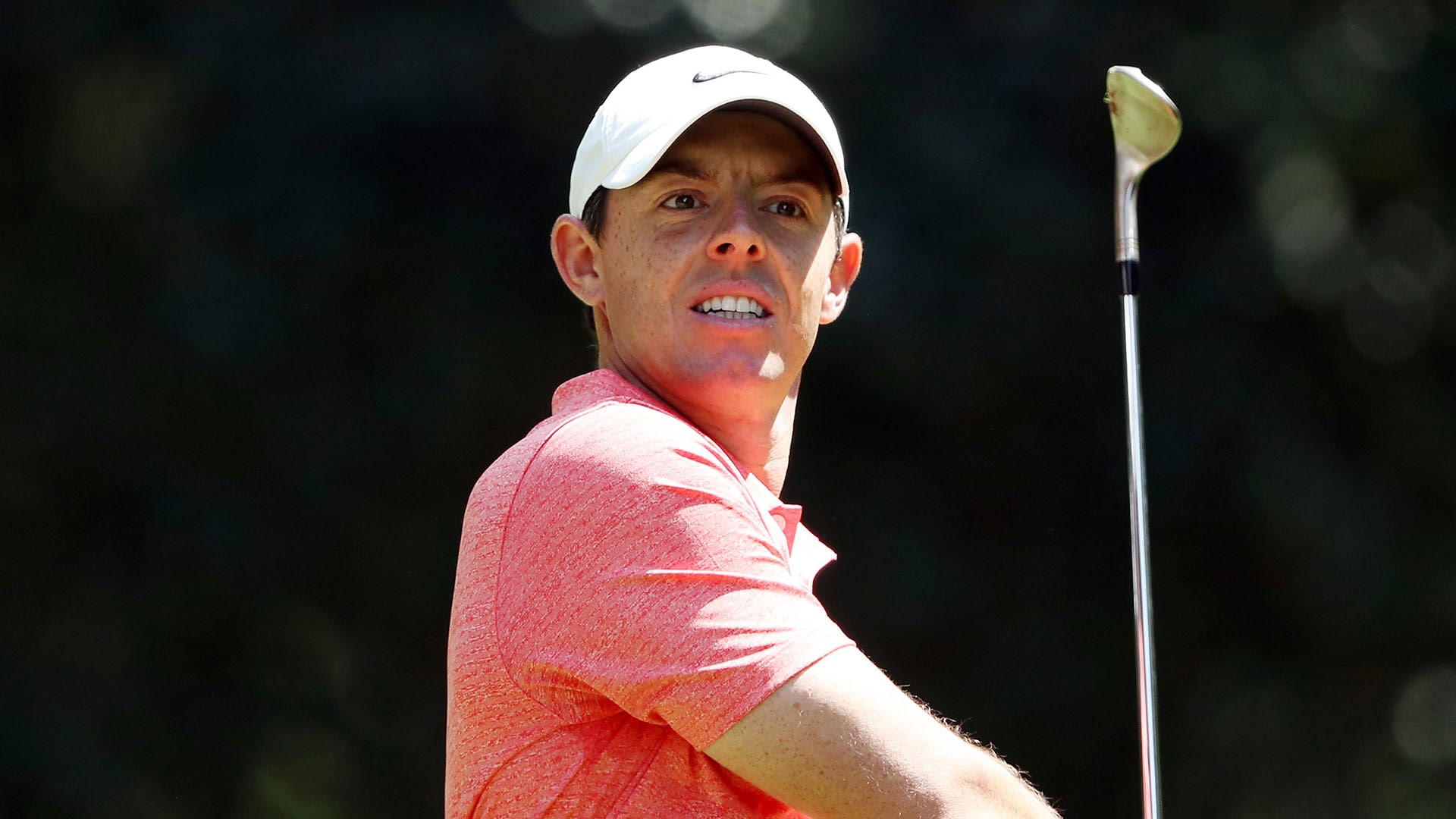 "But Dustin got a drop on the last hole," McIlroy told the rules official as his ball sat against a tree trunk on the par-5 sixth hole.

He didn't get it.

Unlike Johnson, who was able to drop his ball because his initial stance was affected by the path and then hit his next shot onto the green, McIlroy was instead forced to pitch out with a left-handed swing. The official determined that McIlroy didn't have a realistic stance that warranted relief from the path. He tried to address the ball while standing on the path, but he had know backswing because of the tree.

One left-handed shot.
One shot in the water.

A bogey for Rory McIlroy.

He's in 2nd place, but now 5 back. pic.twitter.com/CPBfxFc5PC

Making matters worse for McIlroy, he rinsed his third shot and needed to pull off an impressive up-and-down bogey to avoid dropping multiple shots. Johnson birdied the hole to pull five shots clear of McIlroy.