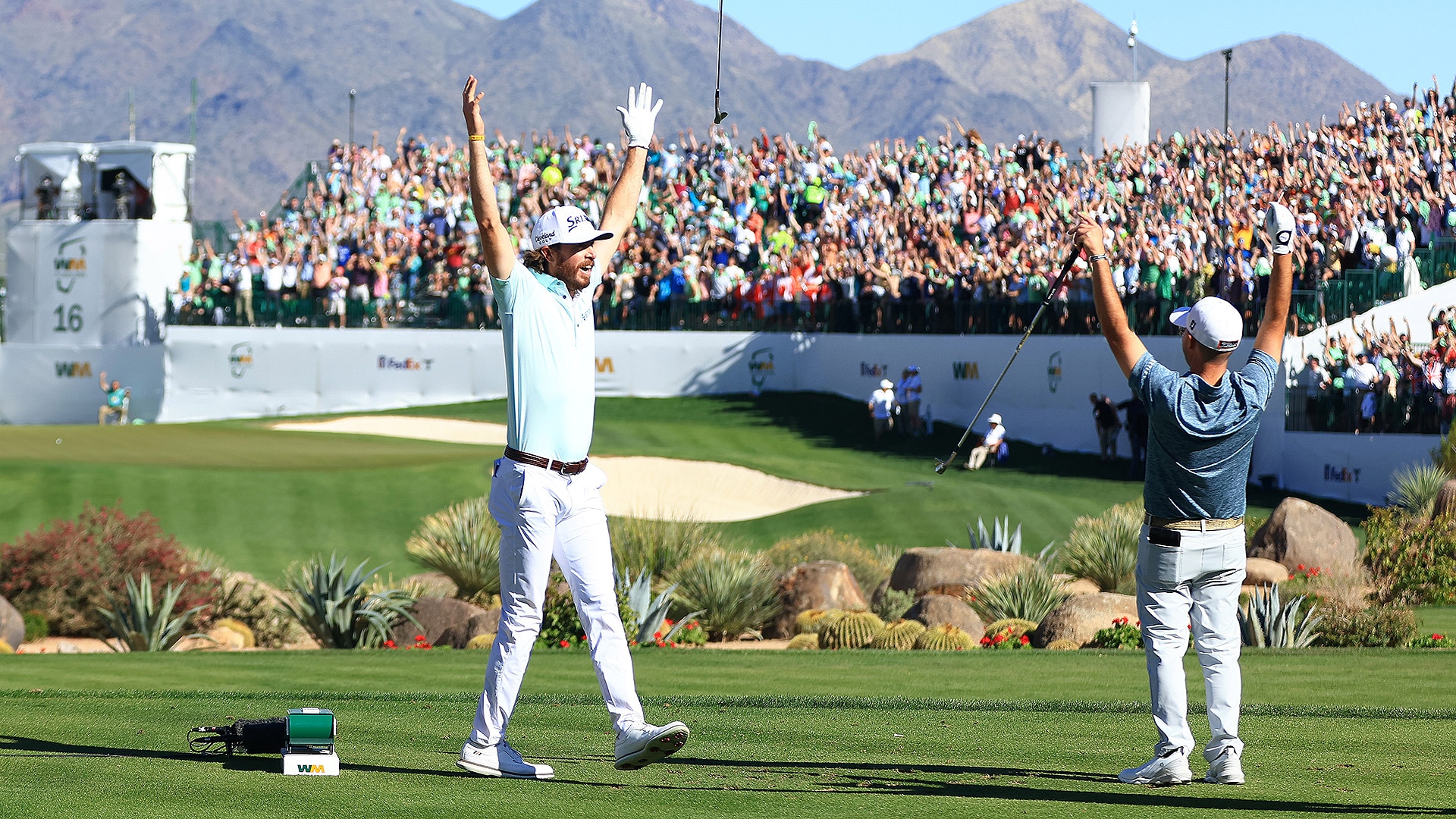 You'll always remember your first ace on the PGA Tour ... especially when it comes at golf's unruliest mecca.

A moment six years in the making happened during Round 3 of the WM Phoenix Open when Sam Ryder stepped on the par-3 16th's tee box with over 20,000 rowdy fans in TPC Scottsdale's coliseum. Ryder hit a 54-degree wedge shot 124 yards to the green and the ball kicked directly to the left and dropped in the cup.

Fans then showered the hole with beer cans in celebration, causing a nearly 10-minute delay in play to clean up the sea of brews.

"(That moment has) to be No. 1, nothing compares to that," Ryder said to Jim Nantz on CBS following his round. "Yeah, I'm still kind of coming down. I think the hardest part was just trying to finish the round and make some good swings on [holes] 17 and 18 and [I] made a couple pars and it was sloppy but, yeah, I can't describe it — it was a blur. Exactly what we wanted to do, but ... crazy."

"I don't know how I could pick a hole over this one," Ryder said. "I don't think there's any hole that has the electricity that this one has. I think of maybe [No.] 17 at The Players, you know, anything —17 at The Players is a pretty special atmosphere too, but there's nothing really compares to the energy that's in here."

Ryder, 32, who is in quest of his maiden Tour win, is 14 shots, at even par, behind leader Sahith Theegala. Despite his all-time moment, the other 17 holes will linger in the back of Ryder's mind, so he won't be celebrating tonight like the 20,000 fans who showered him with beer from the grandstand did as he looks to make up ground on the leaderboard Sunday. But the festivities won't go on ice completely.

"I'm going to enjoy it," he said, "I want to make sure I take care of the media center and the maintenance and stuff like that, buy some drinks so that everyone can enjoy that and they can send me the bill for that. But I'm probably just going to try and rest up and have a good day tomorrow. Probably not the answer that you're looking for, but I'll probably have a beverage, but try and get ready for tomorrow." 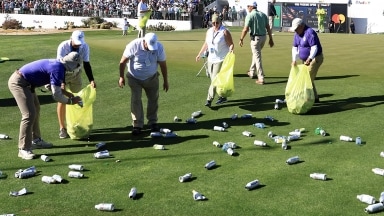 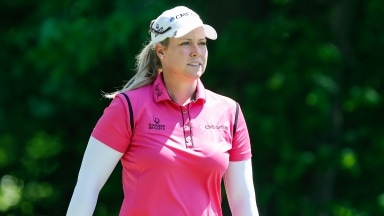 Brittany Lincicome will tee it up with a pair of rookies when she makes her first start in a PGA Tour event Thursday at the Barbasol Championship. 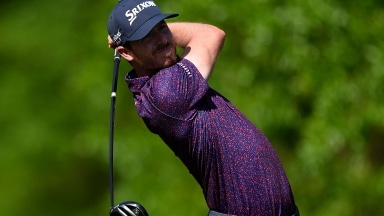 PGA Tour rookie Sam Ryder played just enough golf Thursday to get his name atop the leaderboard in the Houston Open.