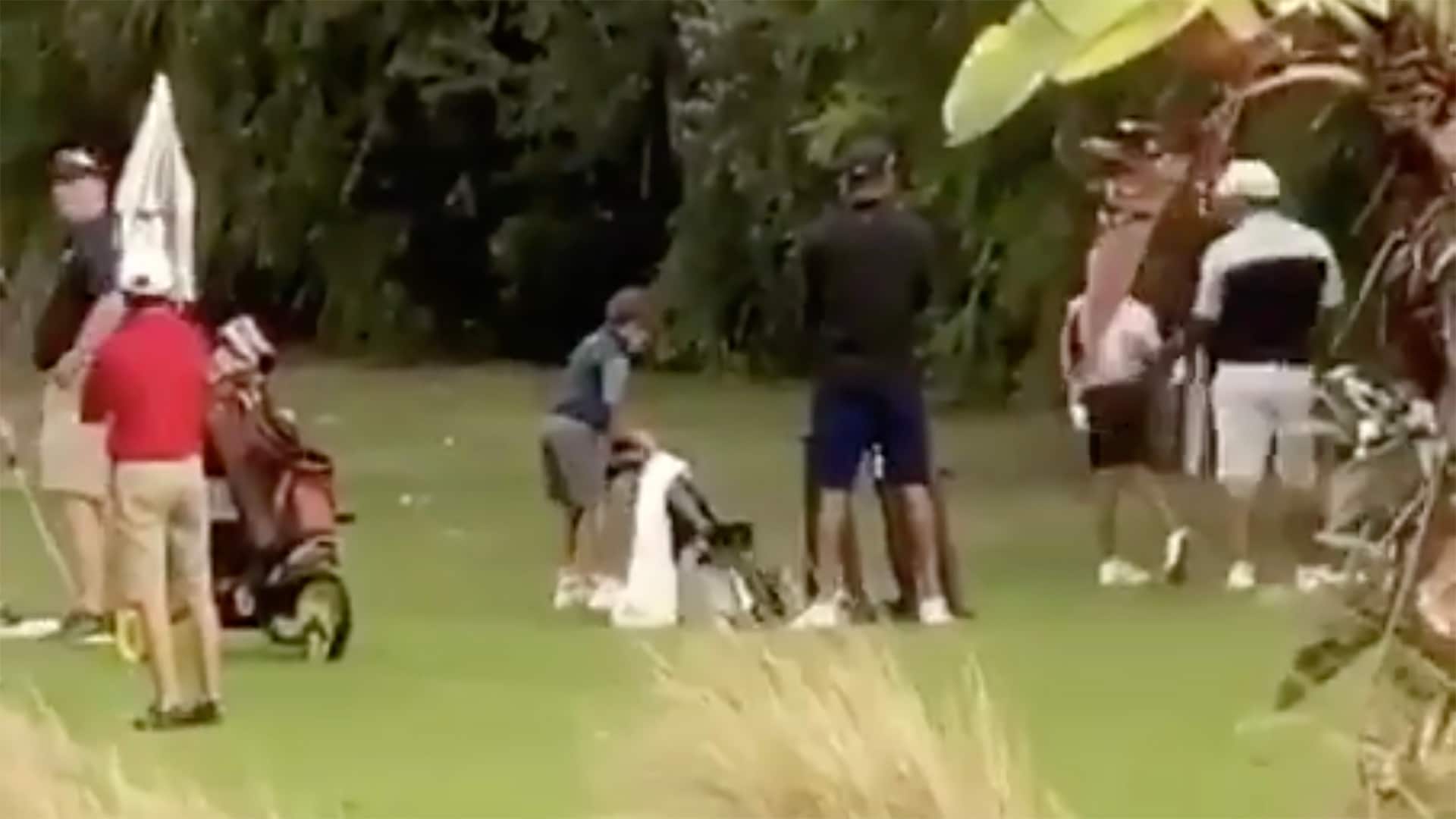 Junior golf tournaments can often be intimidating, even those without Tiger and Charlie Woods. But imagine showing up with the two of them there.

Footage surfaced late Saturday night of Charlie on the range before a 9-hole junior event in South Florida, with Tiger analyzing the picturesque (!) action from his 10-year-old son.

For over 23 years, Tiger has been on the playing side of things, but flipped the script to caddie for Charlie. Can't imagine any other kid in the field had a better caddie.

Charlie went on to fire a 5-over 41, and although he didn't take home the title, there's no doubt the trophy case will be filling up sooner rather than later with that swing and his genes.

As for Tiger, he's set to return to action himself in two weeks to make his 2020 debut at the Farmers Insurance Open at Torrey Pines where he's won eight times.