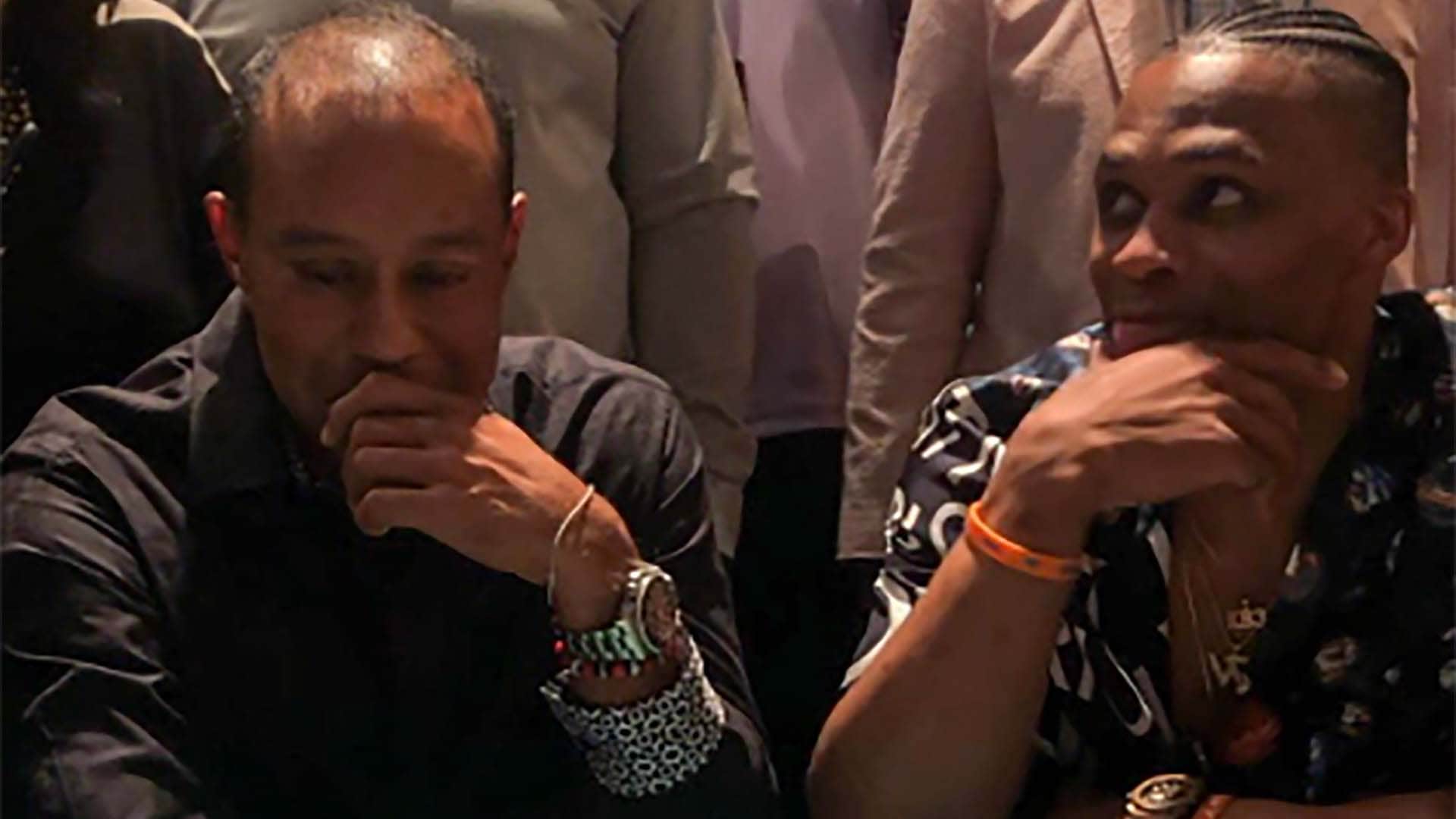 It’s been well-established (since Friday) that Tiger Woods has some not-so safe for work thoughts on winning and losing bets, especially when it comes to betting on him.

Well ... wonder what he thought about this one?

In Las Vegas for his annual Tiger Jam charity celebrity gathering, Woods was bounced from his own poker event at MGM Grand by NBA superstar Russell Westbrook on an absolutely brutal beat.

With an ace-king in hand, Woods went all-in against Westbrook’s queen-queen. And despite a brief moment of elation when he saw a second ace on the flop, the 15-time major winner is devastated a moment later when a third queen is revealed.

With no help on the turn or the river, Woods was officially eliminated from the event by the Oklahoma City Thunder guard.

What a night! I played at one of the most entertaining tables ever with some ultra charitable players like @TigerWoods @russwest44. It was rebuy galore and all of it was going to @TGRFound 👏🙇‍♀️ #TigerJam pic.twitter.com/RSlvM3G5Zu

Despite the loss, Woods appeared to have a decent time at the event benefiting his TGR Foundation.

Being Tiger Woods will have that effect from time to time.