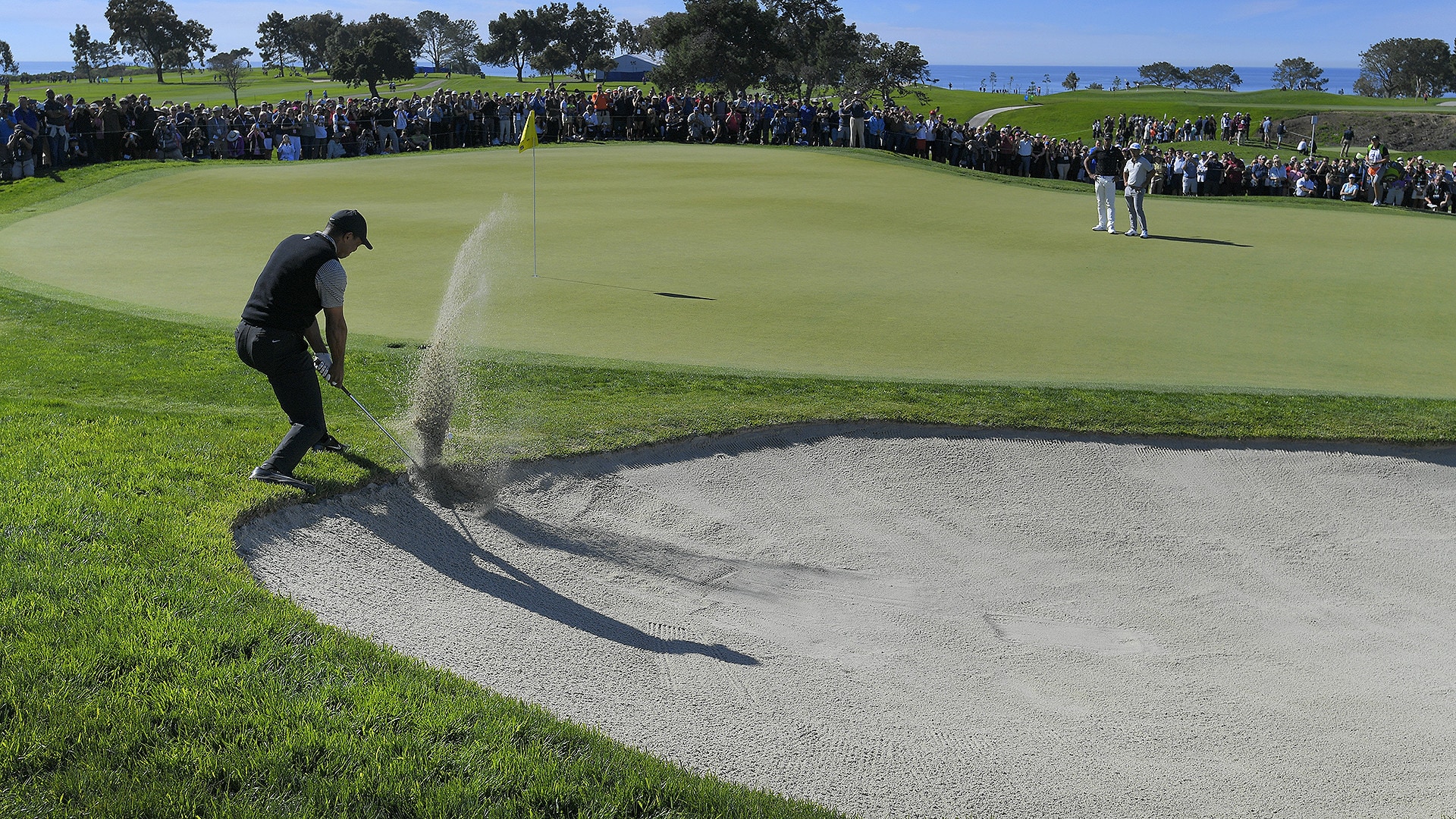 Playing the North Course, the easier of the two Farmers Insurance Open venue, Tiger Woods was 2 under par in his second round through eight holes.

He had birdied both of the par 5s on the back nine, having started on No. 10. But at the par-4 18th, Woods' approach shot landed in a horribly plugged lie in a greenside bunker. Woods had to hack out and failed to get up and down for bogey. The double bogey dropped him back to even par for the round and to 2 under for the event.

A plugged lie leads to double bogey for Tiger Woods.

Woods was right on the cut line entering his second nine.