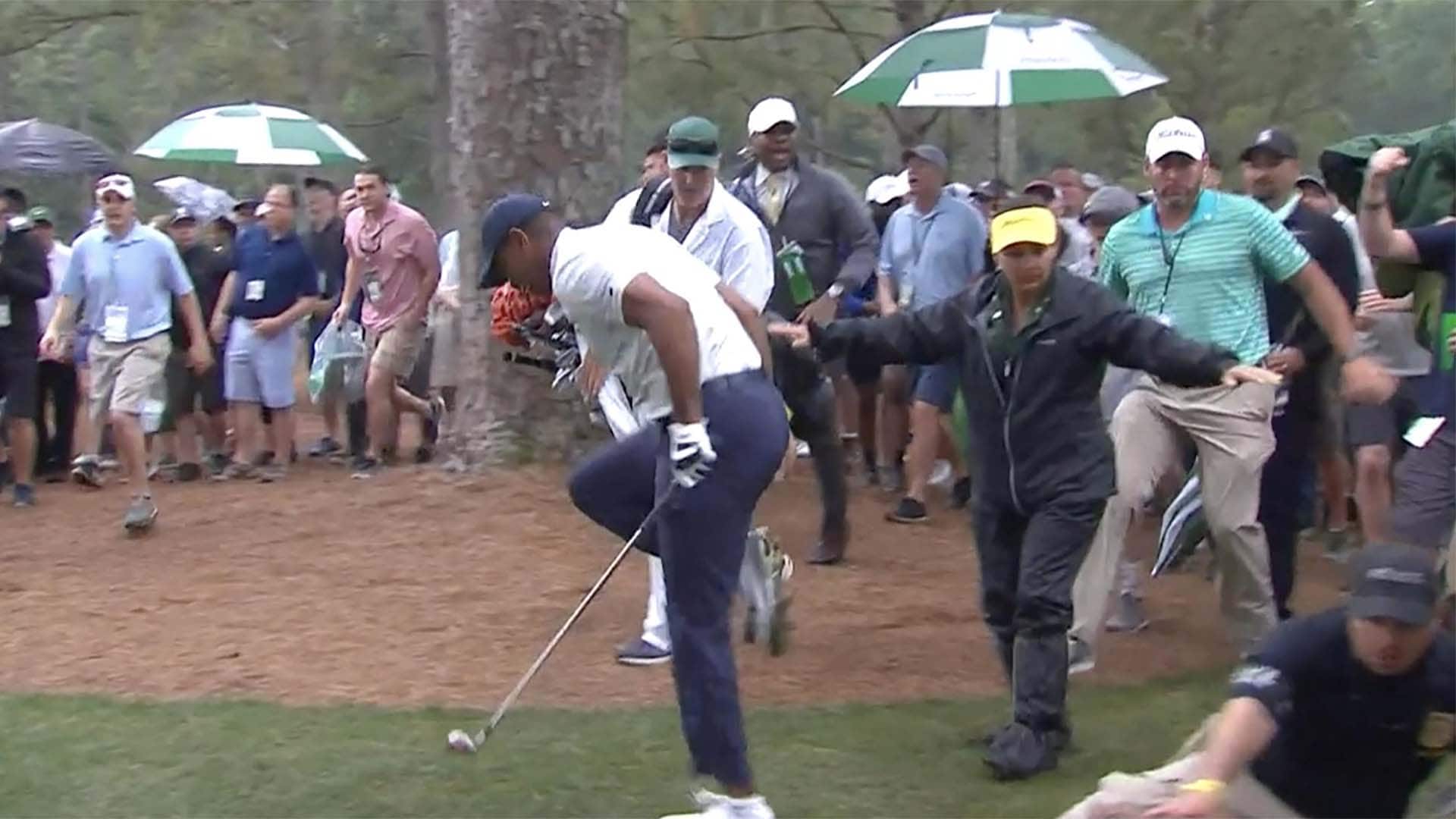 Tiger Woods' Friday charge at the Masters was nearly derailed by an overzealous security guard.

Sitting at 2 under on the day and a few shots off the lead, Woods found the left rough on the 14th hole at Augusta National and had to play his approach through an opening in the trees while surrounded by patrons.

Tiger found the green from 159 yards out through a gap in the trees, but while admiring his shot Woods appeared to twist his right ankle after getting clipped by a security guard who slipped trying to get between patrons and the four-time Masters champ.

The ankle didn't look like it was an issue just moments later on the green, as Woods drained the 28-foot putt for birdie, his fifth circle on the scorecard of the day:

On the 14th hole, Tiger Woods’ drive found the second cut. Then, a security guard made contact with Tiger’s ankle after his approach through the trees.