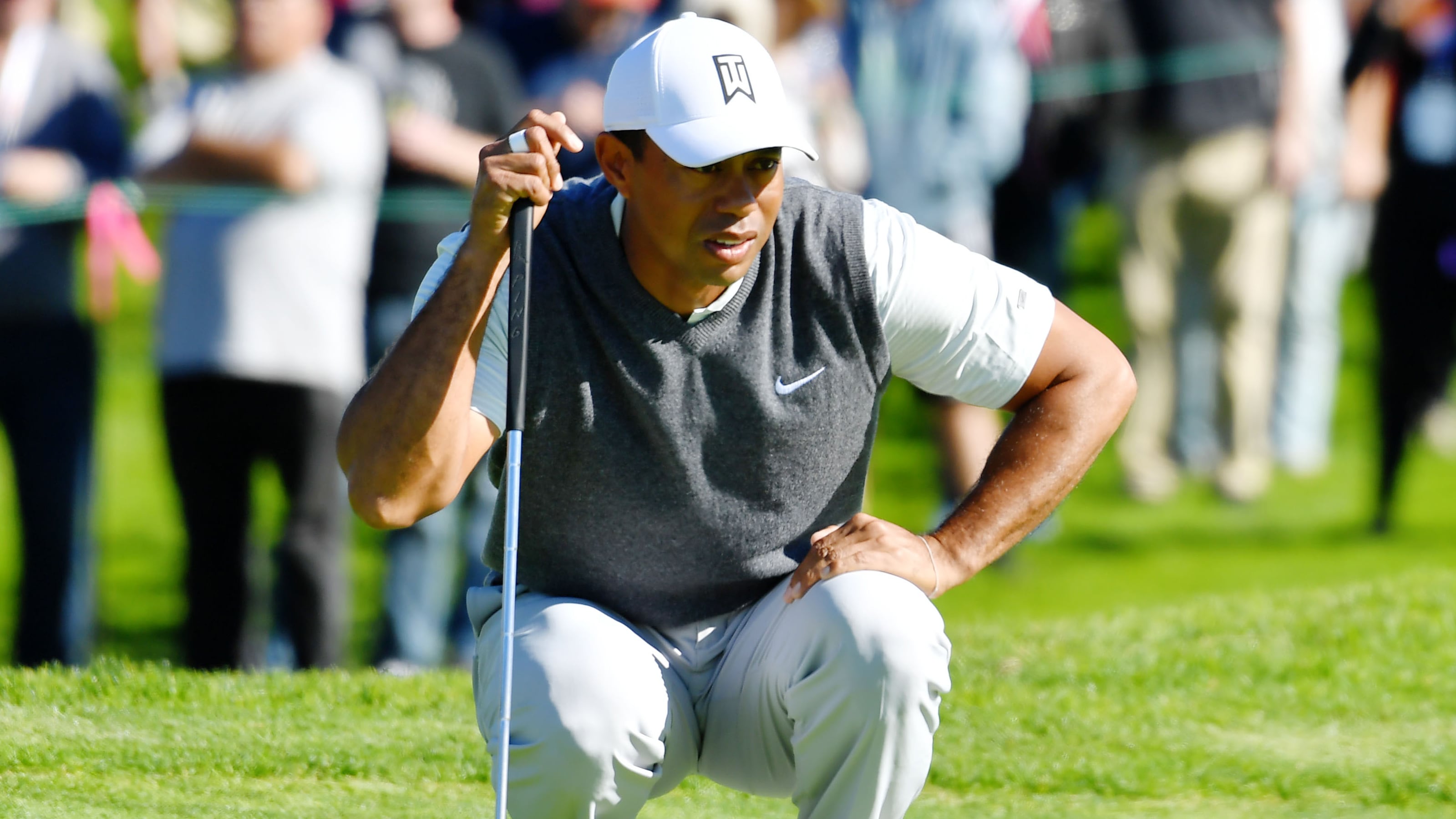 In his first competitive round of 2019, Tiger Woods made five birdies against two bogeys in a round of 2-under 70 on Torrey Pines' South Course that has him eight off the pace set by Jon Rahm on the North.

Getting off to a slow start, Woods parred the first, bogeyed the second, and missed birdie bids at Nos. 3, 4 and 5 before circling the par-5 sixth.

There, he found the fairway off the tee and left his second shot in the right greenside bunker, setting this up and down for his birdie-4 and a return to even par:

Tiger would take advantage of both par 5s on the opening side, later converting a 15-footer at the ninth to work his way into red figures for the first time and make the turn in 1 under par:

Coming off par at the 10th, Woods hit a laser iron from 215 yards to 3 feet at the par-3 11th. Following a brief consultation with a rules official over whether or not his ball may have moved on the green, Tiger was clear to kick-in his birdie putt and move to 2 under par.

A bogey at 12 was only a temporary setback, as Woods made up for it on the very next hole, when he went long with a wedge at the 13th and poured in this slippery 30-footer:

On his way into the clubhouse, Woods would drop another shot at 16 but close out his round with one last birdie at 18, playing the four par 5s in 4 under par.