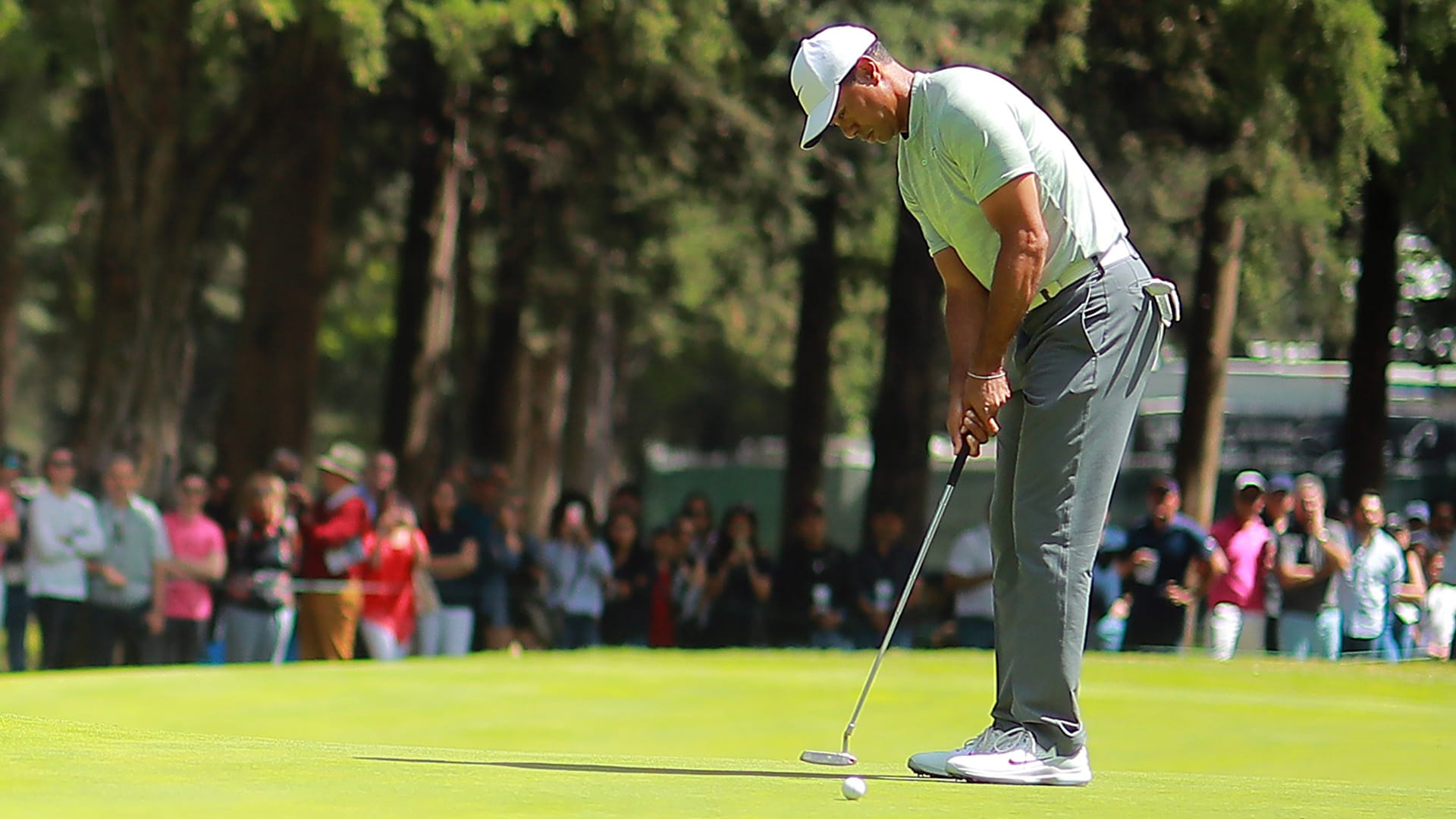 It was just yesterday that Tiger Woods displayed one of the best shots of his storied career on Tour. Today, the script was completely flipped on the 15th and 16th holes on Moving Day at the WGC-Mexico Championship.

After finding the fairway on his drive on the par-5 15th, his second shot found the greenside bunker.

Tried a chunk and run but too much chuck and not nearly enough run. That didn't anywhere close. This would be a most disappointing par.

Woods had about 25 feet for birdie and ran it past about four feet. Then, this happened.

After the disappointing double on 15, Woods was hoping for a bounce back on the par-4 16th. As history tends to do, it repeated itself yet again.

Prior to the putting struggles, Woods had gotten himself to 8 under and inside the top five.

But a par at 17 and a closing birdie at 18 resulted in a third-round 70 and three-day score 6 under, leaving him tied for ninth, 10 shots behind Dustin Johnson.