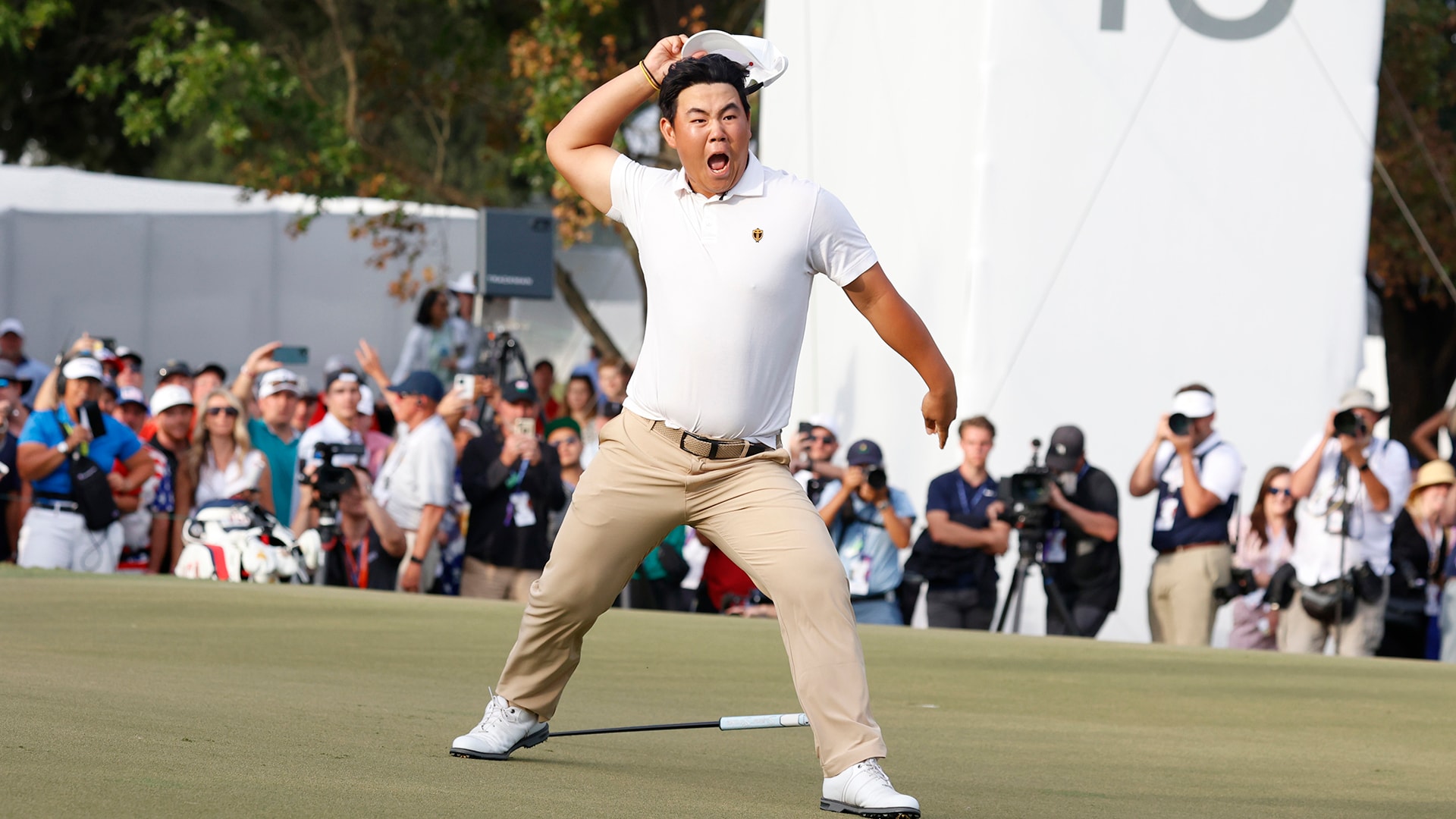 "But I'm just trying to bring some good energy to the team," said the 20-year-old International team rookie from South Korea.

He's brought more than some.

And on Saturday afternoon, when his team needed it most, Kim delivered the biggest jolt of all to keep the visiting side in this 14th Presidents Cup. After several highlight moments – and celebrations – Kim knocked his final approach in the final fourball session to 10 feet before draining the curling birdie putt, which secured he and partner Si Woo Kim's win over Xander Schauffele and Patrick Cantlay while helping the Internationals claim the two-round day, 5-3, and pull to within four points with 12 singles matches on tap Sunday at Quail Hollow.

Once the putt dropped, Kim immediately dropped his putter, turned to his teammates and captains, and finally, snatched his hat off of his head and threw it forcefully to the ground while letting out a huge roar.

It was a celebration that was reminiscent of Tiger Woods' hat throw after sinking a putt on the final hole at Bay Hill to win the 2008 Arnold Palmer Invitational.

Making the moment even better is that Kim admitted later that he had thought up the celebration before hitting the putt.

"Oh, 100 percent, I was already thinking in the back of my mind, If this goes in, what am I going to do? How am I going to celebrate?" Kim said with a laugh. "... I did stay in the moment, but that was definitely on my mind. And it was an amazing feeling for that to go in because the team was behind, and they were watching. And, yeah, I mean, I wanted it more than anything in the world."