Simpson (73) plays through cracked driver: 'What harm is done by letting me switch?' 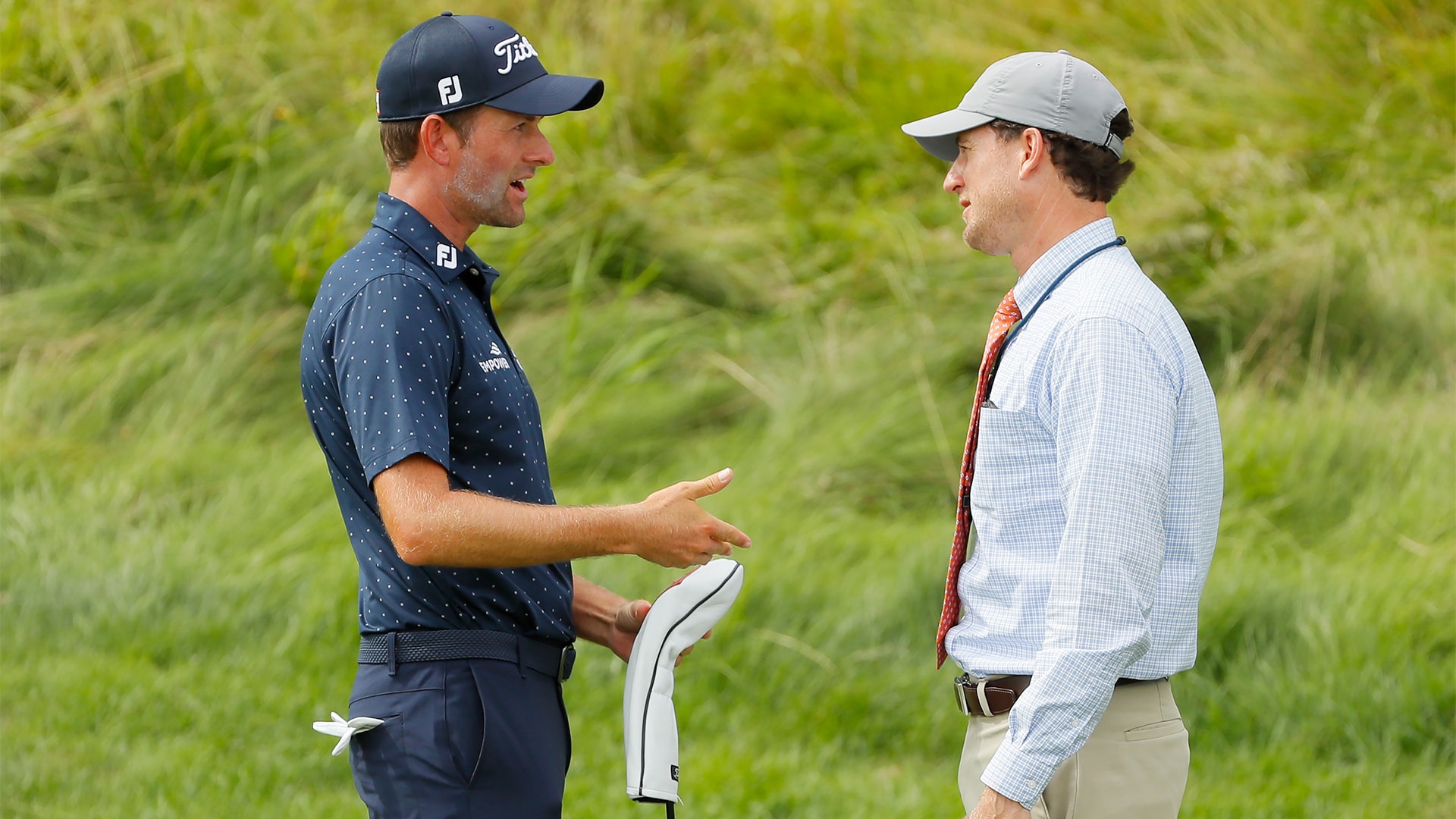 JERSEY CITY, N.J. – It was a busy day for rules officials at The Northern Trust.

Rory McIlroy had a high-profile run-in with the Rules of Golf when he was initially penalized two strokes for trying to remove a rock from a bunker on No. 14 that turned out to be sand. The penalty was later rescinded.

Webb Simpson wasn’t as fortunate as McIlroy. Just three holes into his second round Simpson realized the face of driver was cracked. Although he travels with a back-up driver he wasn’t allowed to replace the cracked model under the rules.

“They changed the rules a few years ago, and they have edited some of those rules since,” Simpson said. “Nobody is going to agree with the rule and the driver that they have changed. The consensus among me and the other guys I was with and the other players in the rain delay was if it is cracked, it's cracked. What harm is done by letting me switch?”

Simpson said he hit the cracked driver four more times during his round and finished with a 2-over 73. “I’m glad it didn't cost me a missed cut, but it's unfortunate. I feel like it cost me a few shots,” he said.