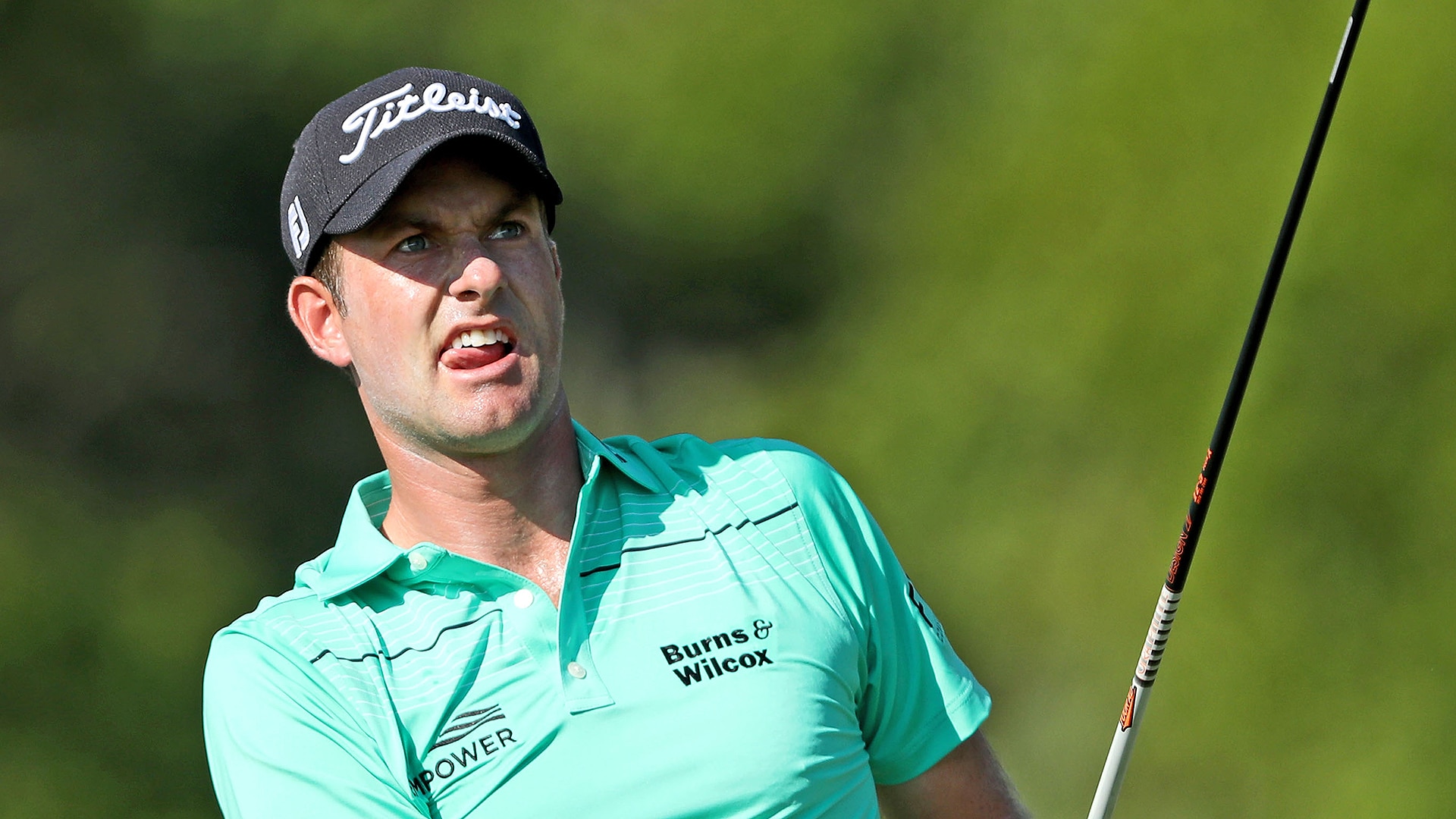 ST. LOUIS – Even though he’s hanging on to the eighth and final automatic spot on the U.S. Ryder Cup team by the slimmest of margins, Webb Simpson won’t do much leaderboard-watching this week at the PGA Championship.

“I think everybody is thinking about it more than I am,” he said Thursday. “I want to be on that team very badly, but it’s about how well can you separate the Ryder Cup and the PGA Championship? This week means a lot. I have to take care of me and see where we stand on Sunday.”

This is the final week of qualifying for the U.S. team, and Simpson’s position is precarious – just 49 points ahead of No. 9 Bryson DeChambeau.

Simpson has previously been a captain’s pick, and he’s likely to receive strong consideration again even if he were to drop out of the top 8 by Sunday.

“I’ve been playing well, I’ve put together a strong year, and we’ll see what the captain wants to do,” he said.

Simpson might not want to look, but after a 2-under 68 on Day 1, he’s in the best position of any of his closest pursuers. DeChambeau shot 71, Phil Mickelson carded a 73 and Xander Schauffele posted a 70 while playing alongside captain Jim Furyk.