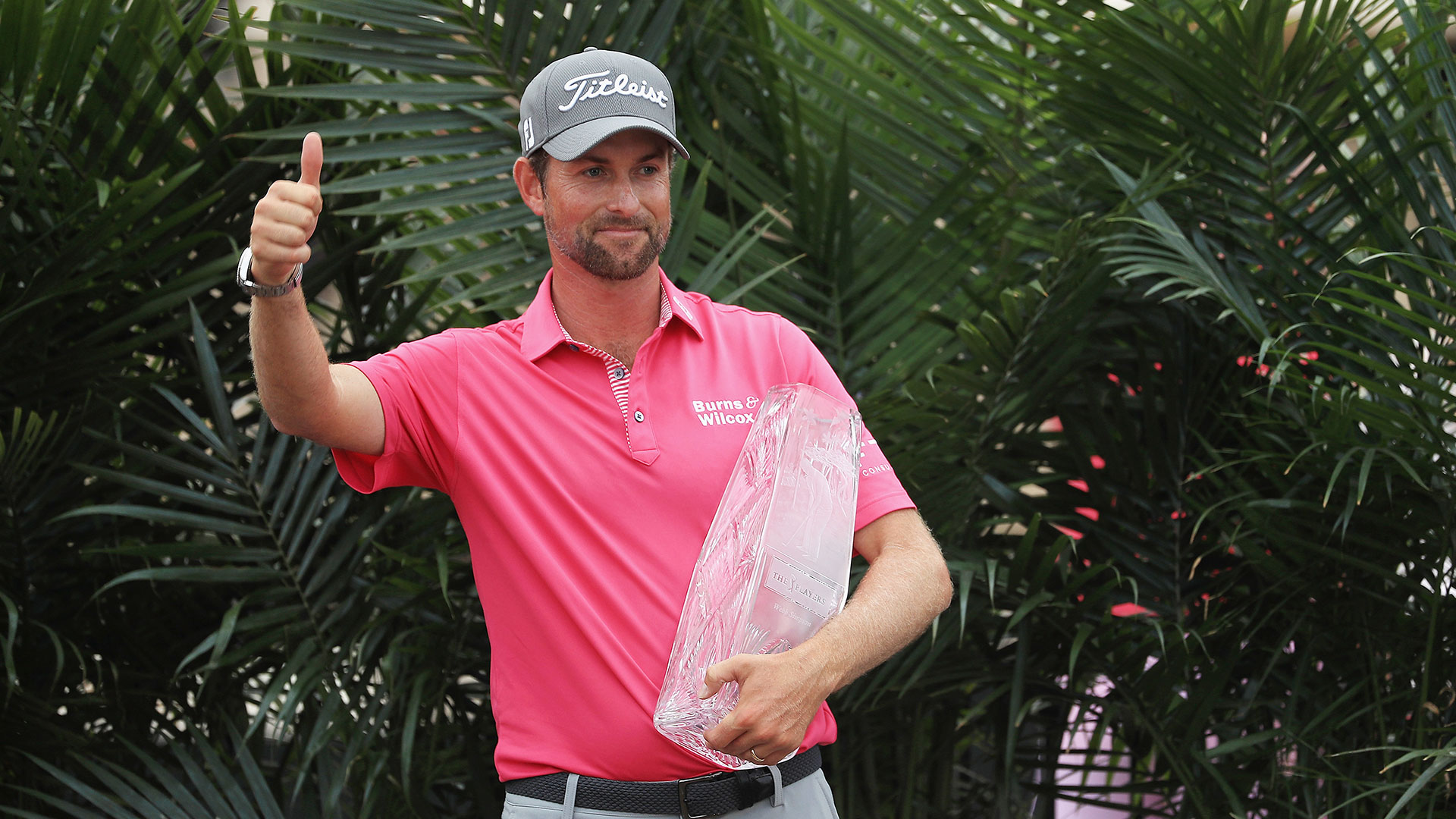 Webb Simpson didn't finish strong, but he still cruised to victory at The Players Championship. Here’s the lowdown from the final round at TPC Sawgrass.

What it means: Simpson found the water on 18 and closed with a double bogey and a 1-over 73. But it didn't matter. He still easily won his fifth PGA Tour title and his first in five years (2013 Shriners). The 2012 U.S. Open champion started the day with a seven-shot lead – the largest 54-hole margin in the event's history – and he was never really challenged on Sunday. He joined an impressive list of players who have won both the U.S. Open and The Players – Tiger Woods, Martin Kaymer, Lee Janzen, Tom Kite, Ray Floyd, Jack Nicklaus, Lee Trevino and Jerry Pate. There are also plenty of perks for winning The Players. Simpson locked up PGA Tour membership for the next five years and earned three-year exemptions into all four majors.

Perhaps even more important for Simpson was his win Sunday was his first victory since the anchored putting stroke was banned. He received a tip from Tim Clark last year at Sawgrass, and he's been working on a putting style similar to Matt Kuchar - putter braced on the left arm but with a claw grip. A year later, the hard work paid off with one of the biggest wins of Simpson's career.

Round of the day: Reigning U.S. Open champ Brooks Koepka started the week with a freak accident, but he finished on a high note with a Sunday 63 and tied the course record. Koepka closed with an amazing finish, featuring an albatross at the par-5 16th and a birdie at the island-green 17th.

Best of the rest: Charl Schwartzel, Xander Schauffele and Jimmy Walker all recorded 5-under 67s to grab a share of second place. Justin Thomas fired a 6-under 66 for a T-11 finish, and he will overtake Dustin Johnson for No. 1 in the world.

Biggest disappointment: Paired with Woods, Jordan Spieth was 2 under par on his final round until he made a quadruple bogey on 18 to drop down to T-41.

Shot of the day: Koepka's albatross on 16 was a thing of beauty:

Quote of the day: “I really wanted to do this for my mom.” - Simpson on winning The Players on Mother's Day