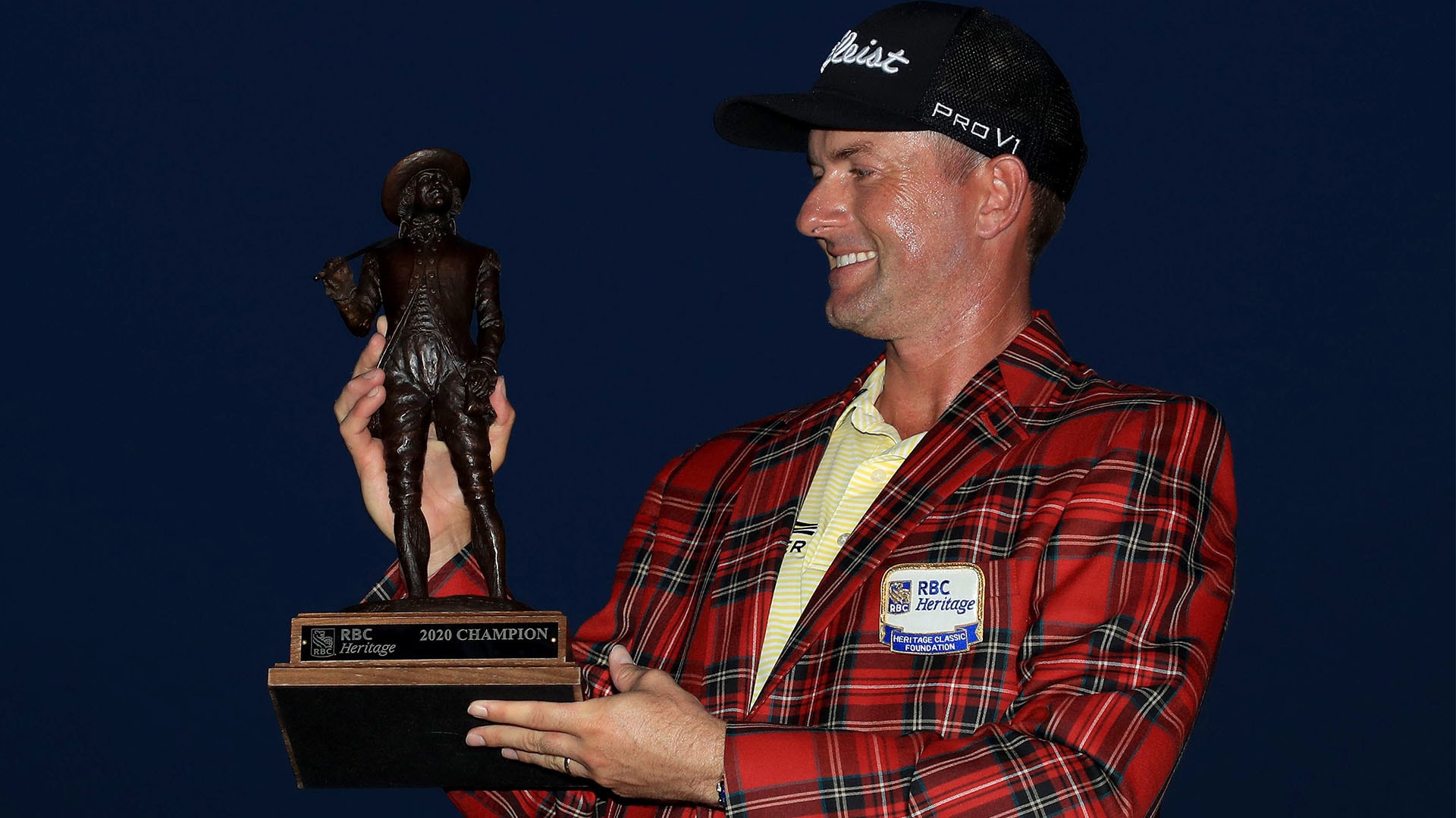 He claimed the 2012 U.S. Open on Father’s Day and the 2018 Players Championship on Mother’s Day, but he still has enough emotional room for his late father to count Sunday’s shootout victory at the RBC Heritage alongside those accomplishments.

“I thought a lot about [his father, Sam]. This morning I thought about him, and when I was on the golf course, I thought about him,” Simpson said. “I started wearing yellow on Sundays in his honor. Yellow is his favorite color. I still feel my dad all around me from memories. He loved golf. He would have loved watching today.”

Sam Simpson, who died in November 2017 after a long battle with Parkinson’s Disease and Lewy Body Dementia, would have also been wildly impressed with his son’s performance on what turned into a marathon day. 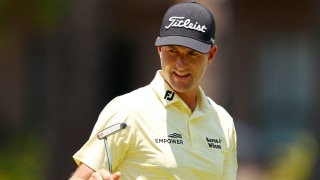 One of four players with a share of the lead to start the final round, Simpson was just two holes into his day when a storm cell settled over Harbour Town Golf Links, forcing a 2-hour, 45-minute delay.

When play resumed, Simpson slipped out of the lead when he turned at 2 under for the round and 17 under for the tournament. His final nine, however, was anything but routine.

At one frenzied point on a hot and humid afternoon, there were 21 players within two shots of the lead, although three of those players had completed their rounds.

Simpson began to emerge from the pack with birdies at Nos. 12 and 13. Another at the par-5 15th hole got him to 20 under par, tied for the lead with Abraham Ancer and Tyrrell Hatton. His fourth birdie in five holes, at No. 16, moved him clear of the field.

But it was Simpson's 18-footer for birdie at the 17th hole that sealed the victory. Even without fans, which will be the norm for at least the first five events back for the Tour, he felt a familiar jolt.

“In the moment, my process was the same. It felt just as good to make it,” he said. “There would have definitely been some momentum building from the crowd, I think for a few guys.”

All total it was an impressive putting performance with Simpson rolling in 67 feet of putts over those five birdie holes on the back nine. He one-putted five of his last nine holes and finished second in strokes gained: putting for the week.

Although stellar putting is now the 34-year-old’s signature move (some four years removed from the anchor ban), Simpson's performance this week at Harbour Town was particularly impressive.

“Honestly, the last kind of 10 holes were a blur because guys are making birdies, we're trying to finish before night comes, and so to finish with five birdies like that was really special,” Simpson said. “To see the putts go in when I needed them, that was really fun to see the ball going in the hole.” 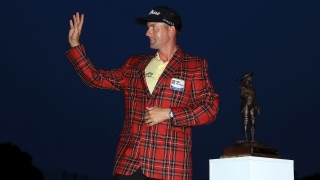 After 10 previous trips to Harbour Town and a runner-up finish in 2013 to Graeme McDowell, Simpson said it was his experience on the classic layout that helped on Sunday as darkness and a crowded leaderboard closed in around him.

“I think the little nuances of not going all the way back to the pin on 14. [No.] 17, the ball seems to release more than most greens,” he explained. “I think those things from 11 years here really helped. Because when you know certain facts like that, it helps you to be more confident in the club you're choosing.”

The victory was Simpson’s seventh on Tour, but for the father of five it was a cherished new leg in the Parental Slam that made Sunday so special. 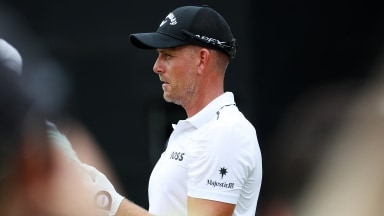 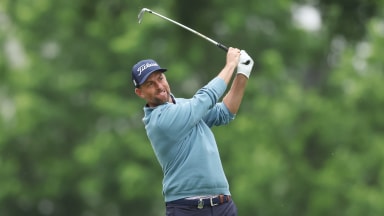