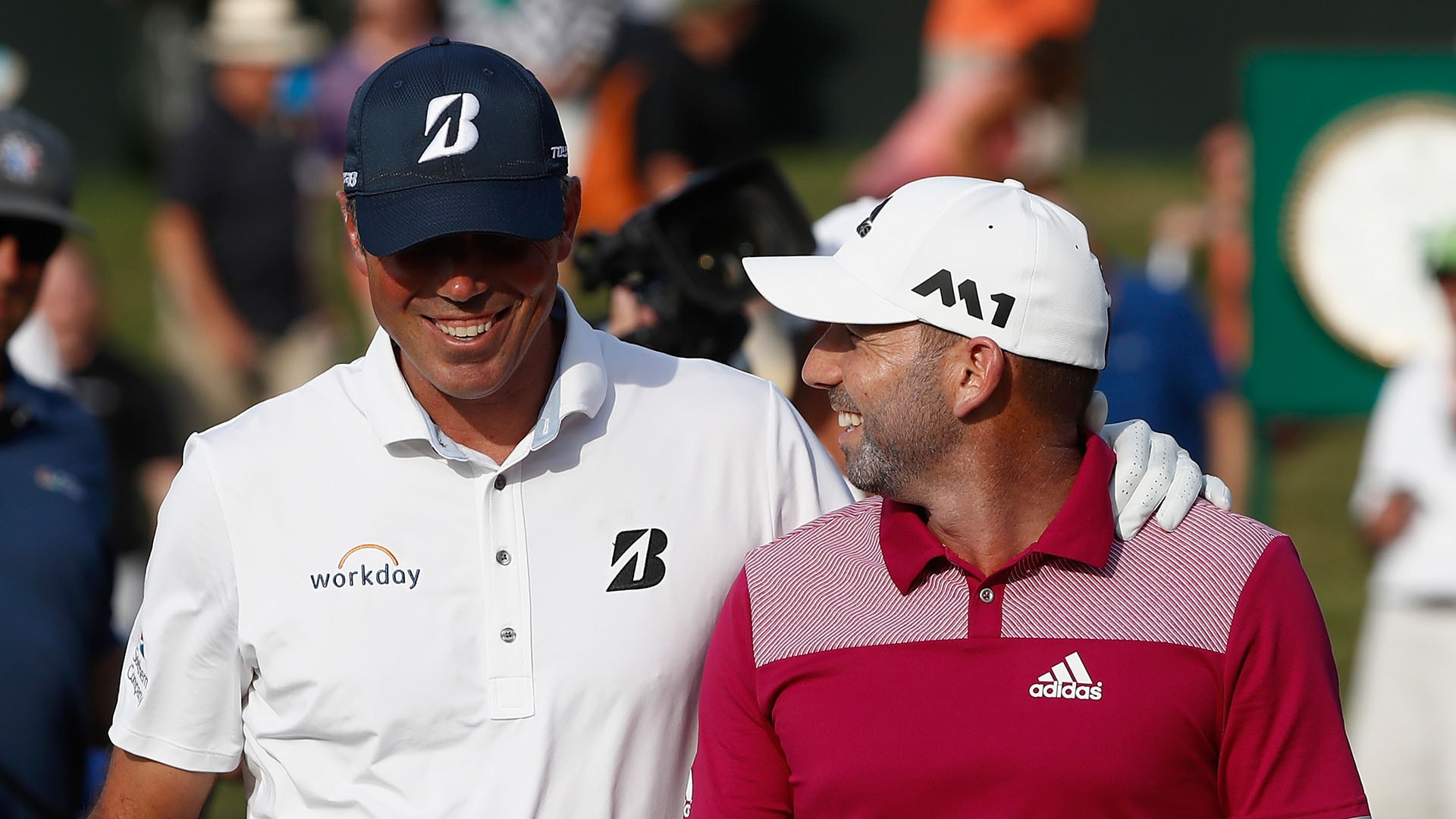 "We're all good," said Garcia, who tweeted out a clip of he and Kuchar talking about what happened Saturday at the WGC-Dell Technologies Match Play.

In their quarterfinal match at Austin Country Club, Garcia missed a par putt at the seventh hole and then quickly lipped out a tap-in before Kuchar could conceded the putt. Garcia lost the hole, and what followed was a lengthy discussion during the next couple holes between the two players.

“You can concede a hole,” Garcia reportedly told Kuchar on the eighth tee. Kuchar declined and went on to win the match.

Unsurprisingly, Twitter exploded over the episode with people siding with – and criticizing – both players. A similar controversy took place in the semifinals of the 2017 U.S. Girls' Junior.

In an attempt to quell the noise, Garcia and Kuchar recorded a message for golf fans Monday at Austin Golf Club.

"What's gone on with the aftermath is just incorrect, wrong and shouldn't happen," Kuchar said. "I want to tell you, Sergio handled the thing extremely well. When he missed the putt, we came off 7 and he said, 'You know what, I missed it. It's your hole.' I told him how bad I felt, didn't feel right at all [and I] never want to win on a technicality."

Kuchar added that while he didn't like any of the solutions that Garcia presented, Garcia apparently didn't ask for Kuchar to concede the next hole.

"I know I made a mistake on 7 and, you know, didn't give [Kuchar] time to say 'that's good,' even though, obviously, we all know in our minds that it was good because it was a short putt," Garcia said. "But at the end of the day, I made a mistake and he unfortunately didn't know how to make up for what happened. But it's all good. We're all good."

Added Kuchar: "No shade needs to be thrown in that direction at all."

"It was a great match after all," Garcia said, in closing. "He played better than me and beat me, so it's as simple as that."