What was Woods' best shot of the year? This one, from The Open 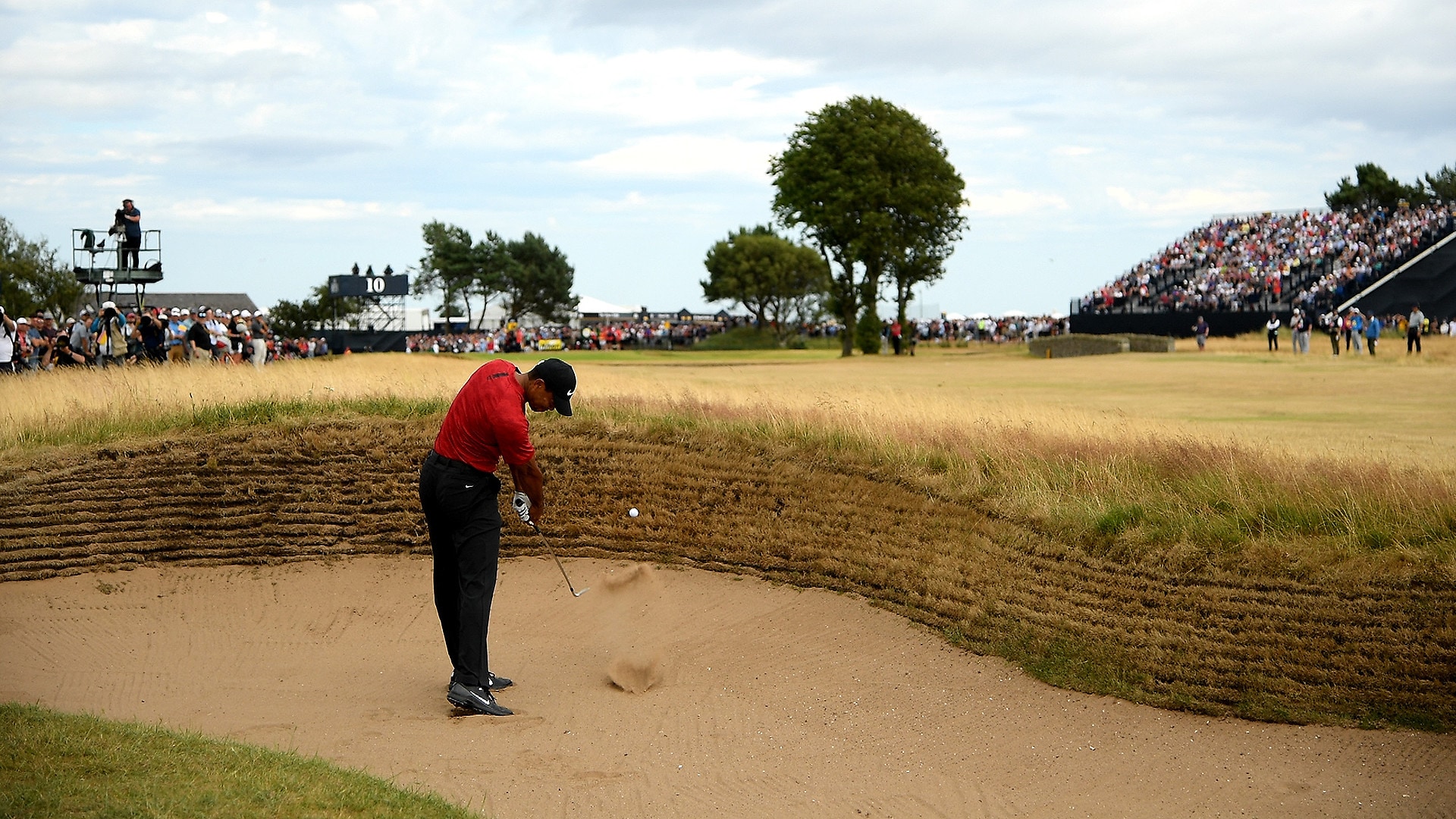 Woods was tied for the lead at Carnoustie, in the fairway bunker, 151 yards from the flag. He had to carry the steep lip and a burn short of the green.

Woods hammered a pitching wedge and recoiled during his follow-through. It not only cleared the lip and the burn, but his shot plopped onto the front edge of the green, 20 feet away for birdie.

“You saw the speed I put into it and the shot I hit,” he said.

Woods was unable to convert the birdie putt, then played his next two holes in 3 over par to tumble out of the lead, ultimately finishing in a tie for sixth.

Still, Woods said, “There are moments in the tournament where you know this is the shot – this is going to win or lose the event. Unfortunately, I didn’t win, but at the time, to know it and pull it off, that gave me a lot of confidence going forward.”