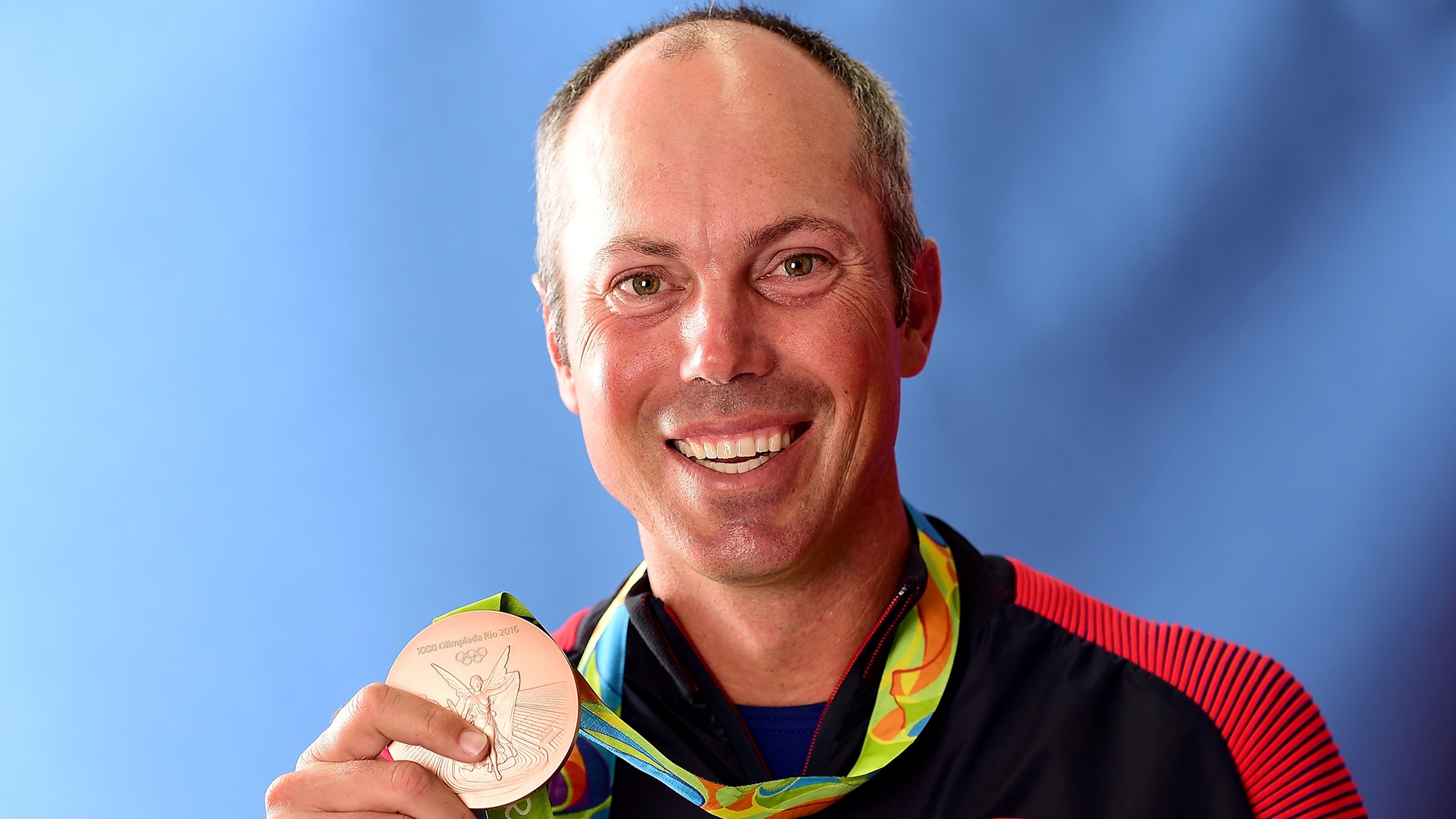 Not many athletes can say they earned an Olympic medal, but Matt Kuchar is one of them. His final-round charge during the 2016 Olympic Games in Rio ultimately became an 8-under 63, good enough to claim a bronze medal.

"That was an incredible run," Kuchar said Wednesday at the Sony Open during his pre-tournament news conference. "It felt Olympian."

Nearly four years later and Kuchar keeps a close eye on that medal; not in the trophy case in his house but rather stored away in his backpack.

No, seriously. In his backpack.

"Wherever my backpack goes it goes," Kuchar said. "Hadn't found a home anywhere other than my backpack."

Kuchar said traveling with it is easy and fun. He doesn't take it out much other than during airport screenings.

"They see this big medal blob and always take it out. I always bring it out and it's in a sock, and you know, even though I've put the sock out open in a bin, the screener always grabs a hold of it, pulls it out and [their] eyes kind of bug out."

Well, yeah. There are undoubtedly some odd things that appear during TSA screenings, but it's not every day they see an authentic Olympic medal.

"'Is this real? What's it for?,'" Kuchar recalls from the screeners. "They start showing it off to their friends. [I'm like] 'Hey, I got to catch a flight now.' "

With 2020 being another Olympic year, Kuchar has his eyes set on making a second appearance for the United States this summer in Tokyo, but he also understands the competition he's up against.

"It's a tough one to be a part of Team USA. You think of the chance of qualifying. It's a hard team to be a part of," Kuchar said. "It's a big goal of mine. I would be disappointed if I didn't make it, but I understand how challenging it is at the same time."