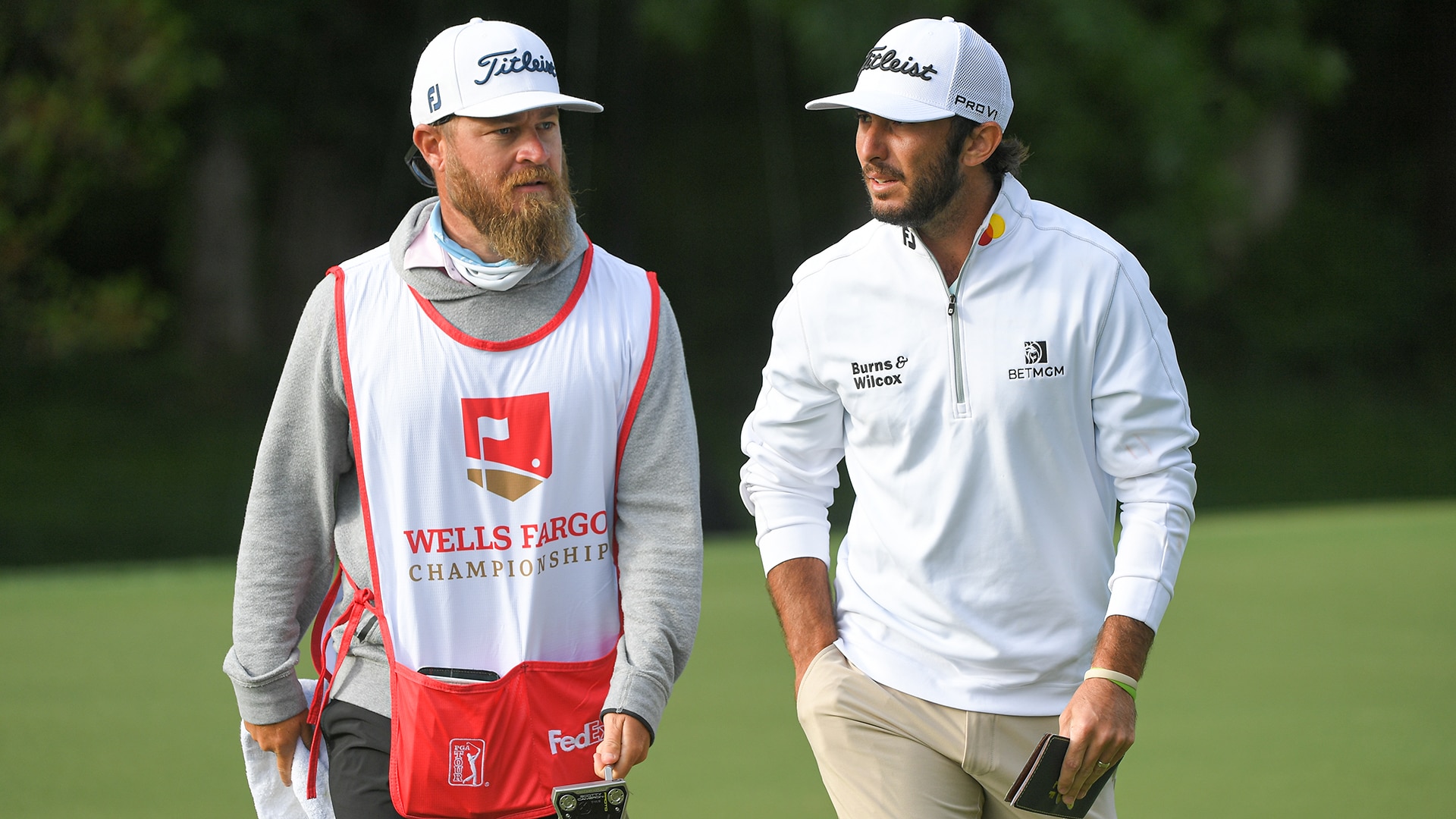 The field is filled with past USGA champions, current college standouts and top juniors. Also, Joe Greiner, Max Homa's regular caddie on the PGA Tour, will team up with Johnny MacArthur, who played college golf at Pepperdine and graduated in 2013. That means that Greiner will miss this week's PGA Championship at Kiawah.

But don't worry, Homa fans. Homa will have veteran Jim "Bones" Mackay on the bag instead.

“I’m imagining that Joe was a bit freaked out because now I didn’t have a caddie for a major,” Homa told co-host Shane Bacon on their Get a Grip podcast. Homa later added, speaking of Mackay, "Bones is one of the nicest, greatest people I've ever been around. ... I have the utmost respect for Joe's caddieing and I mean this is not a slight at all, so please believe me when I say that, but it'll be really cool to be around someone like Bones who is, quote unquote, a real caddie. Joe has learned his way into this; not that Bones didn't, but he's been doing this forever. He's been on the bag for a bunch of majors, major champions, he's just kind of seen it all: Ryder Cups, Presidents Cups. He's just probably one of the best minds in golf."

Here are some other notables teams for this year's U.S. Amateur Four-Ball:

Derek Busby and Stewart Hagestad
Busby is currently No. 216 in the World Amateur Golf Ranking while Hagestad is coming off his third straight winning Walker Cup appearance. Hagestad, the 2016 U.S. Mid-Amateur champion, is one of the most decorated mid-amateurs in decades and is currently ranked 17th in WAGR.

Nathan Smith and Todd White
The inaugural winners of this event, in 2015 at Olympic Club, Smith and White enjoyed some time as spectators at the recent Walker Cup at Seminole. They are both Walker Cup competitors, too, with Smith, a four-time U.S. Mid-Amateur champion, playing three, his last coming in 2013.

Luke Potter and Preston Summerhays
The future Arizona State teammates were finalists last winter at the Maridoe Amateur, where Potter beat Summerhays for the title.

Frankie Capan and Ben Wong
The current college players won the 2017 U.S. Amateur Four-Ball at Pinehurst. Capan’s season with Florida Gulf Coast ended with a second-place finish at conference while Wong did not make the postseason lineup for SMU.

Michael Thorbjornsen and Karl Vilips
The Stanford freshmen will arrive at Chambers Bay after competing in the NCAA Albuquerque Regional. They have struggled this spring, though, combining for just one top-10 finish. Thorbjornsen already owns a USGA title, having won the U.S. Junior Amateur in 2018 at Baltusrol.

Kelly Chinn and David Ford
Arguably the best two players in the 2021 class, Chinn will start at Duke this fall while Ford, twin of fellow competitor Maxwell Ford, is signed with North Carolina.

Scott Harvey and Todd Mitchell
The defending champs, Harvey, the 2014 U.S. Mid-Amateur champion and 2015 Walker Cupper, and Mitchell teamed to win at Bandon Dunes in 2019.

Michael Wilhelm and Danny Woodhead
Wilhelm is a former college player at Queens University. Woodhead played for 10 years in the NFL, totaling nearly 6,000 rushing and receiving yards and 32 touchdowns.

Davis Chatfield and Palmer Jackson
With the NCAA Stillwater Regional likely finishing a day early because of weather, the Notre Dame teammates will get an extra day to prepare for this event. Chatfield and Jackson are the Irish’s top two leading scorers and have combined for six top-25s this spring.

Maxwell Ford and Bruce Murphy
Ford is the twin of fellow competitor David Ford and is signed to play at Georgia beginning this fall. Murphy is a Class of 2022 player from Johns Creek, Georgia, and is verbally committed to Tennessee.

Luke Kluver and Hank Lierz
This Kansas freshmen duo includes Kluver, one of the top players in the Big 12 who will wrap up NCAA regional play on Wednesday in Florida, and Lierz, who has played just one college tournament in his career.

Carson Barry and Sam Tidd
Barry is a junior at Oregon State and one of the Beavers’ top players while Tidd transferred to Utah and logged three rounds as a redshirt freshman this season. 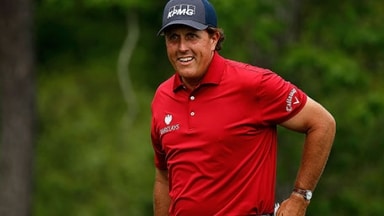 Phil not playing, but a Mickelson will tee it in SF

Although there is no Phil Mickelson in the field this week at the WGC-Cadillac Match Play, there will be a Mickelson competing this weekend in San Francisco.

Teen qualifies for U.S. Amateur Four-Ball on his own ball

Apparently, partners are overrated at the U.S. Amateur Four-Ball Championship.