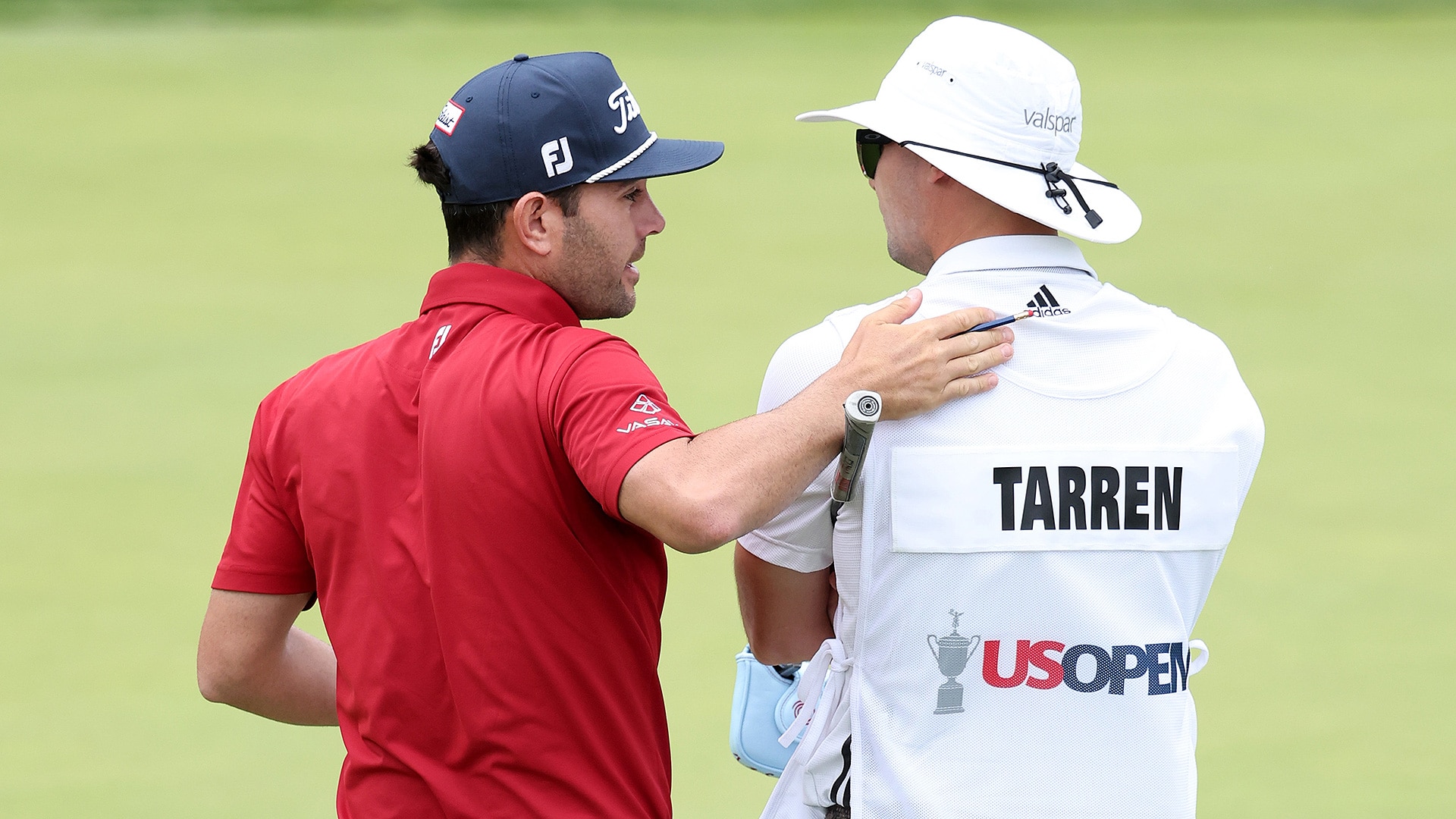 For as much as Rory McIlroy’s name stands out near the top of the U.S. Open leaderboard, so, too, does Callum Tarren’s.

Who is Callum Tarren? Aside from one of the contenders following a 3-under 67 on Thursday at The Country Club.

He’s a 31-year-old Englishman who is fully exempt on the PGA Tour, thanks to his finish in the 2020-21 Korn Ferry Tour Finals. Prior to this week, he had made 17 starts on the season, with one top-10 finish and 10 missed cuts. He is 107th on the FedExCup points list and ranked 445th in the Official World Golf Ranking.

The Radford University product made the U.S. Open by earning one of three spots in final qualifying, at the Ontario, Canada site. He was also up north last week for the RBC Canadian Open, where he missed the cut. His clubs then missed the flight to Boston.

“I got here, no clubs,” he said after his opening round. “There was five other players on my flight. They all got golf clubs, so it was the second U.S. Open I've played in and second time no golf clubs.”

Tarren also qualified for the 2019 Pebble Beach Open, shooting 73-75 to miss the cut. He explained that his clubs didn’t arrive until Wednesday of that week on the Monterey Peninsula, but showed up Sunday in Brookline.

“Luckily, there was somebody in Canada who went to the airport and gave the airport staff a little kick,” he said.

After walking the course on Sunday and then playing 18 holes on Monday and nine each the next two days, Tarren went out on Day 1 and recorded one eagle, three birdies and two bogeys. He finished with a group of players – including McIlroy – one back of leader Adam Hadwin.

And if you’re surprised to see his name up there with Rory's, you’re not alone.

“I'm kind of pinching myself, because, like you said, I didn't realize [my name] was on the top of the leaderboard until I pulled that final put on the ninth hole (his 18th),” he said. “Just excited with my start, and let's see what the next few days holds.”