Who is this guy?: Introducing 10 U.S. Open competitors you should know more about 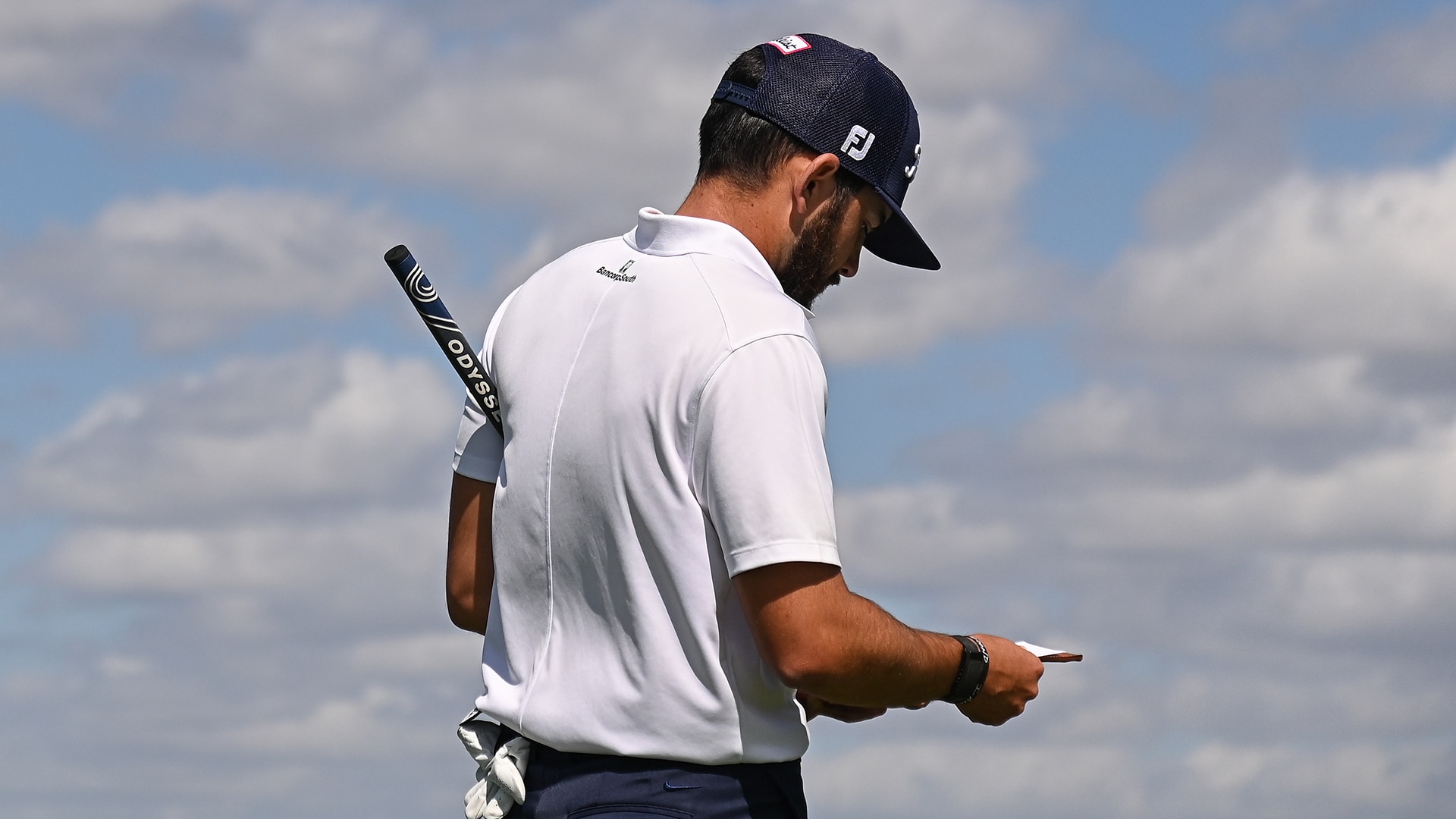 Everyone knows Dustin Johnson, Brooks Koepka and Bryson DeChambeau. And those who at least casually pay attention have heard of Cole Hammer, Sahith Theegala and Justin Suh.

But there’s still a good chance you find yourself this week at the U.S. Open asking, Who is this guy?

To help answer such questions, here is a closer look at 10 not-so-notable names teeing it up at Torrey Pines: 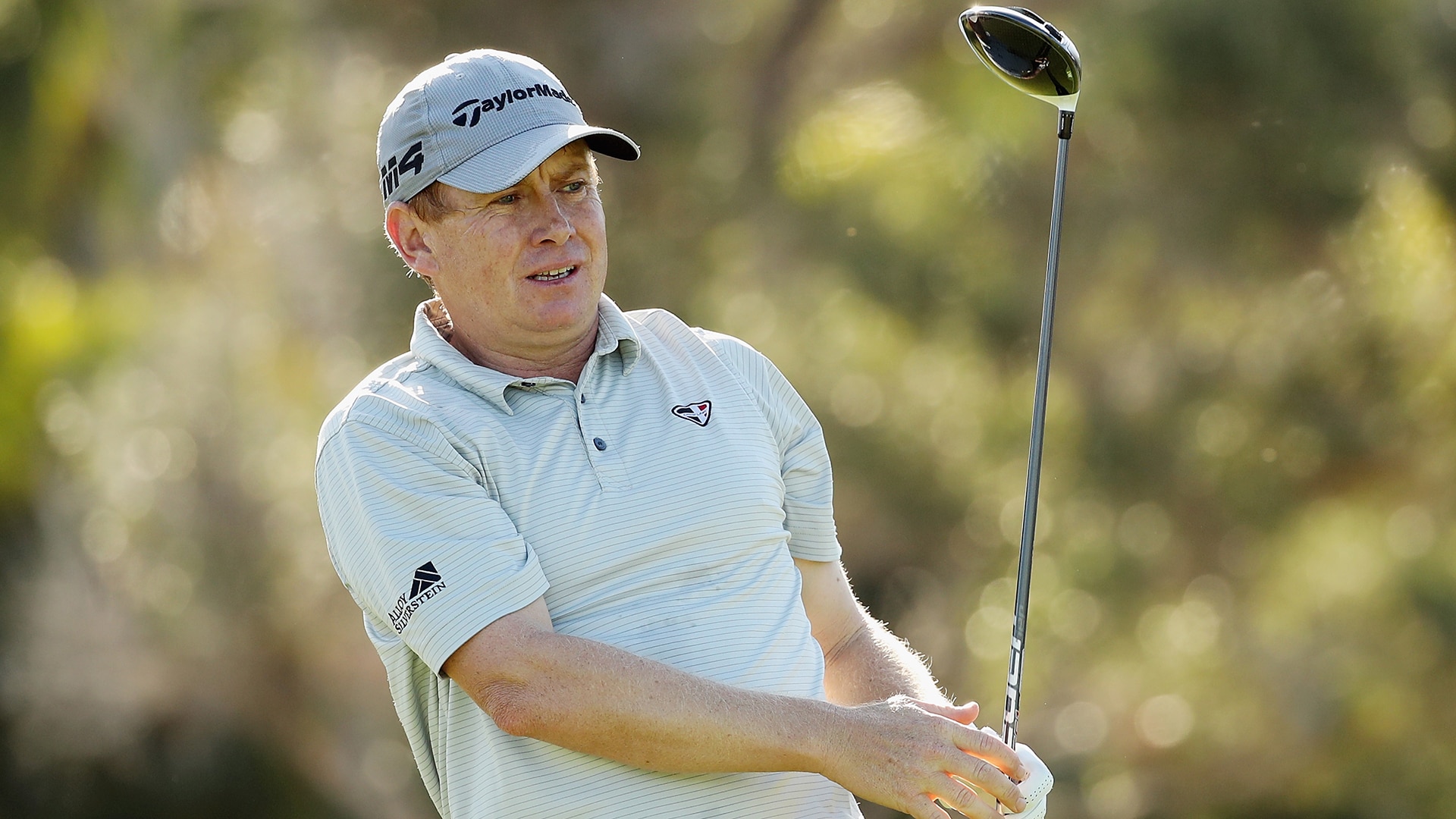 The 47-year-old Aussie is teeing it up in his first U.S. Open since the 2010 championship at Pebble Beach. This week will mark his sixth U.S. Open start. His best finish was in 2005 at Pinehurst No. 2, where he tied for 28th. Allan is best known for winning the 2002 Australian Open, and he also played eight seasons on the PGA Tour. However, his last year on Tour, in 2009, he teed it up 17 times and missed the cut in all but one event. Since then, he’s bounced around all over the place, most recently playing a few Australasia events last year. His last Tour start was at the Greenbrier in 2019; he missed the cut. Allan qualified for Torrey Pines after beating Pepperdine’s R.J. Manke in a playoff for the final of two spots out of Richland, Washington. 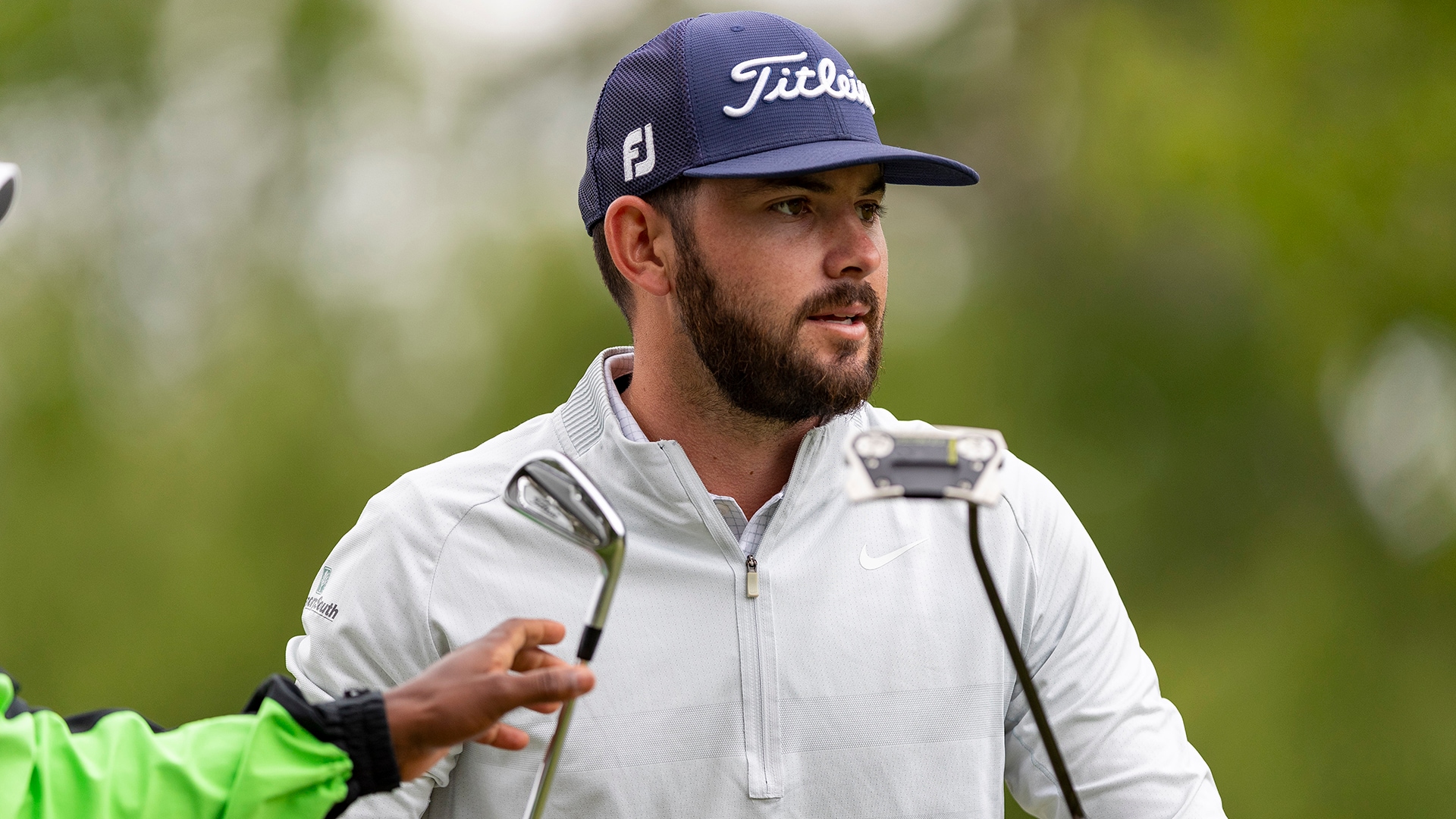 The legend of Buckley is that he was the only player who now-retired Missouri coach Mark Leroux offered a scholarship without ever seeing hit a single shot. Buckley would later cap his career in Columbia, Missouri, with a four-win senior season in which he also earned third-team All-America status. He turned pro in Summer 2018 but didn’t find a home until the next year on the Mackenzie Tour, where he finished sixth on the money list in 2019. He is a rookie on the Korn Ferry Tour during this super season and is currently ranked No. 34 in points thanks in large part to his victory earlier this year at the Lecom Suncoast Classic, where he was the last guy into the field and went on to win in a playoff. He tied for eighth Sunday at the BMW Charity Pro-Am, a nice points boost since he’ll have to miss a KFT start this week to play at Torrey Pines. 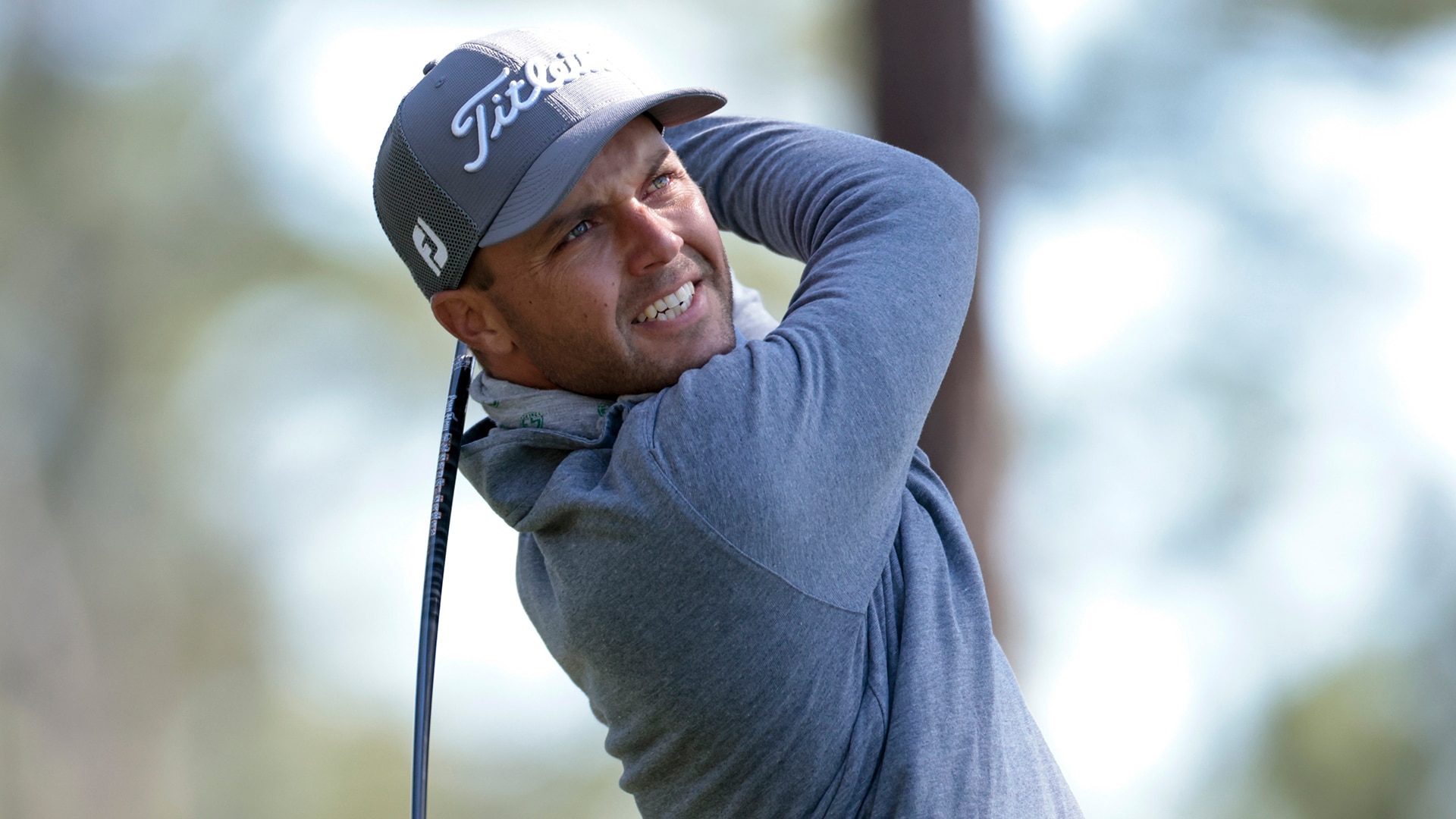 The 33-year-old Nova Southeastern product currently competes on the Korn Ferry Tour, where he sits No. 106 in points, but is also somewhat of a mini-tour legend. His official KFT bio says he’s won 35 times alone on the Minor League Golf Tour while Monday Q Info’s Ryan French says that number is now 54. Cole comes from a strong golf lineage. His father, Bobby, won the 1977 Buick Open on the PGA Tour and played in seven U.S. Opens, notching top-15s in 1970 and 1971. His mother, Laura, had 70 top-10s on the LPGA and was the tour’s rookie of the year in 1973. Cole also deals with Type 1 diabetes. 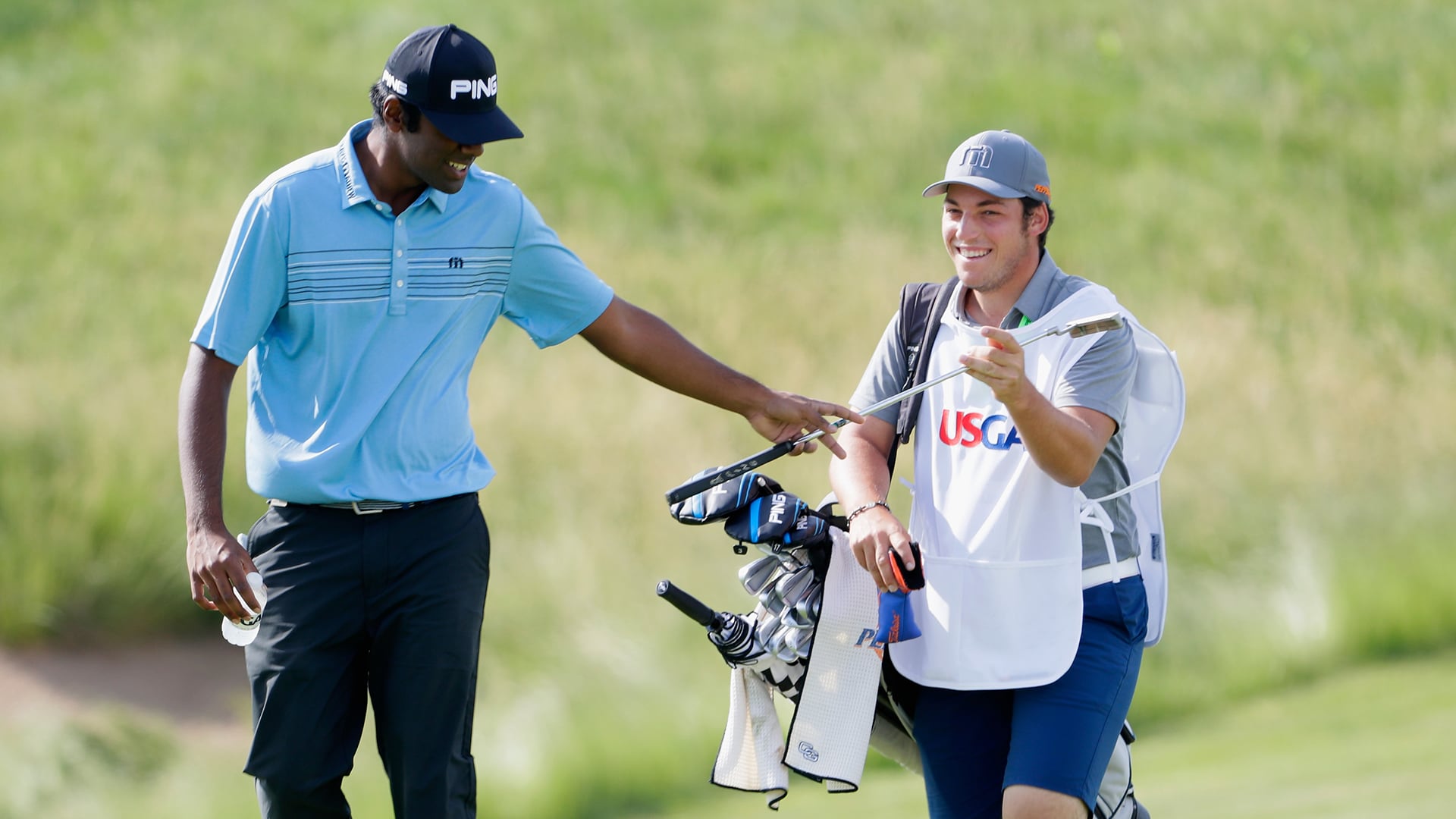 While Theegala and Joe Highsmith are the more notable Waves in the field, Cootes was no pushover in his Pepperdine career. He notched nine top-10s in four seasons as a fixture in the Waves lineup before graduating in 2019. When Theegala made his U.S. Open debut at Erin Hills in 2017, Cootes was on the bag. Cootes made it through final qualifying via a playoff on his home course of Rolling Hills Country Club, where he was the men’s club champion at 13 years old. Cootes has only made five world-ranked starts, all on the Mackenzie Tour in 2019; he missed the cut each time. 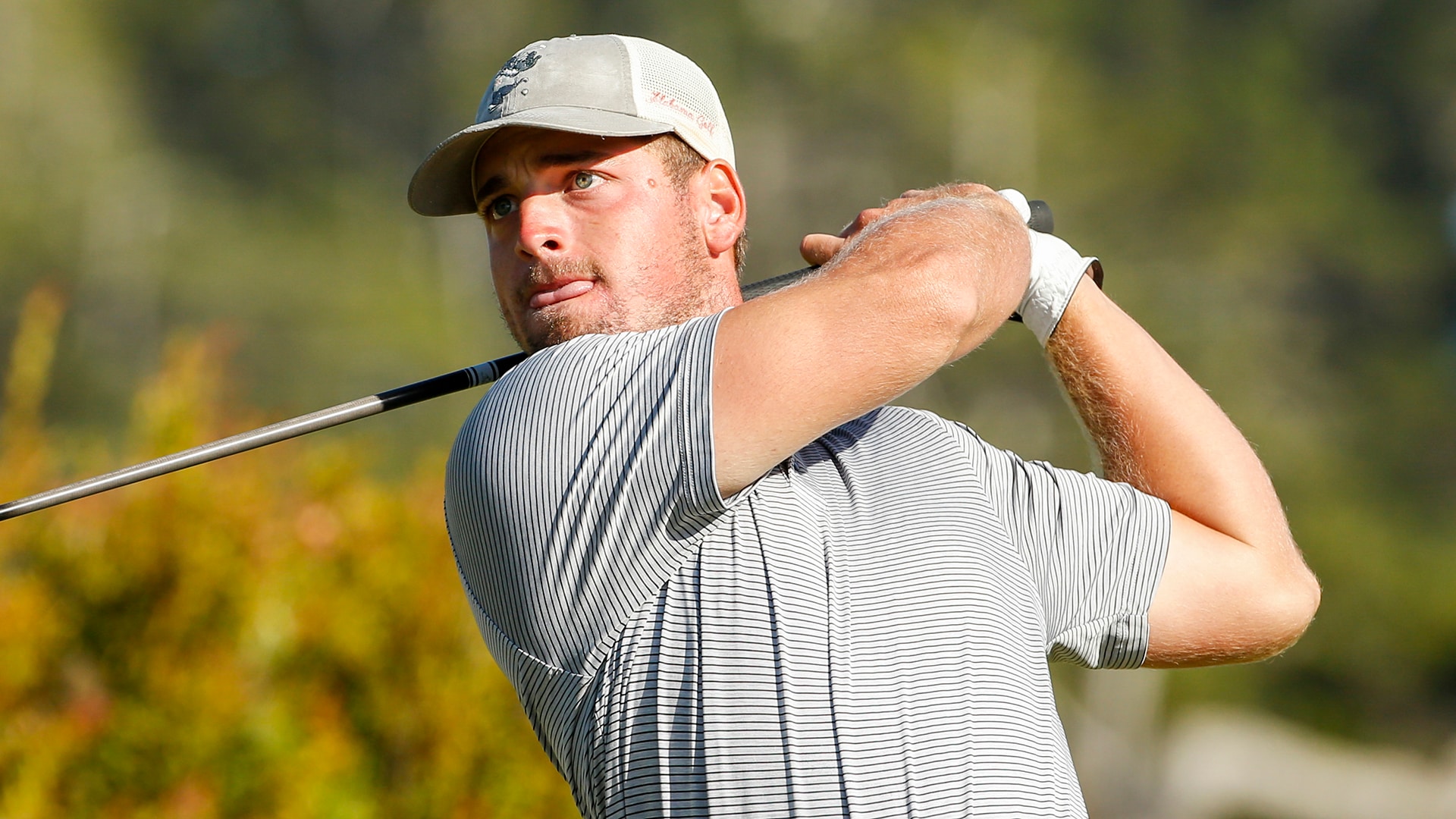 The recent Alabama grad was an alternate coming out of local qualifying before getting into the final field in Hilton Head Island, S.C., and punching his U.S. Open ticket. Furr was a part of the Tide’s national runner-up lineup in 2018, and he posted eight top-10s, including a win, in four seasons at Alabama. Last summer, he shot 62 at Bandon Trails en route to capturing medalist honors at the U.S. Amateur. He has two siblings, including a 15-year-old brother, Prentiss, who is a budding pop star. Prentiss Furr has nearly 60,000 Instagram followers, including Justin Bieber, and is currently working on collabs with Skrillex and Meghan Trainor. His song “October” has over 250,000 plays on Spotify and was played during halftime of the Egg Bowl last fall. 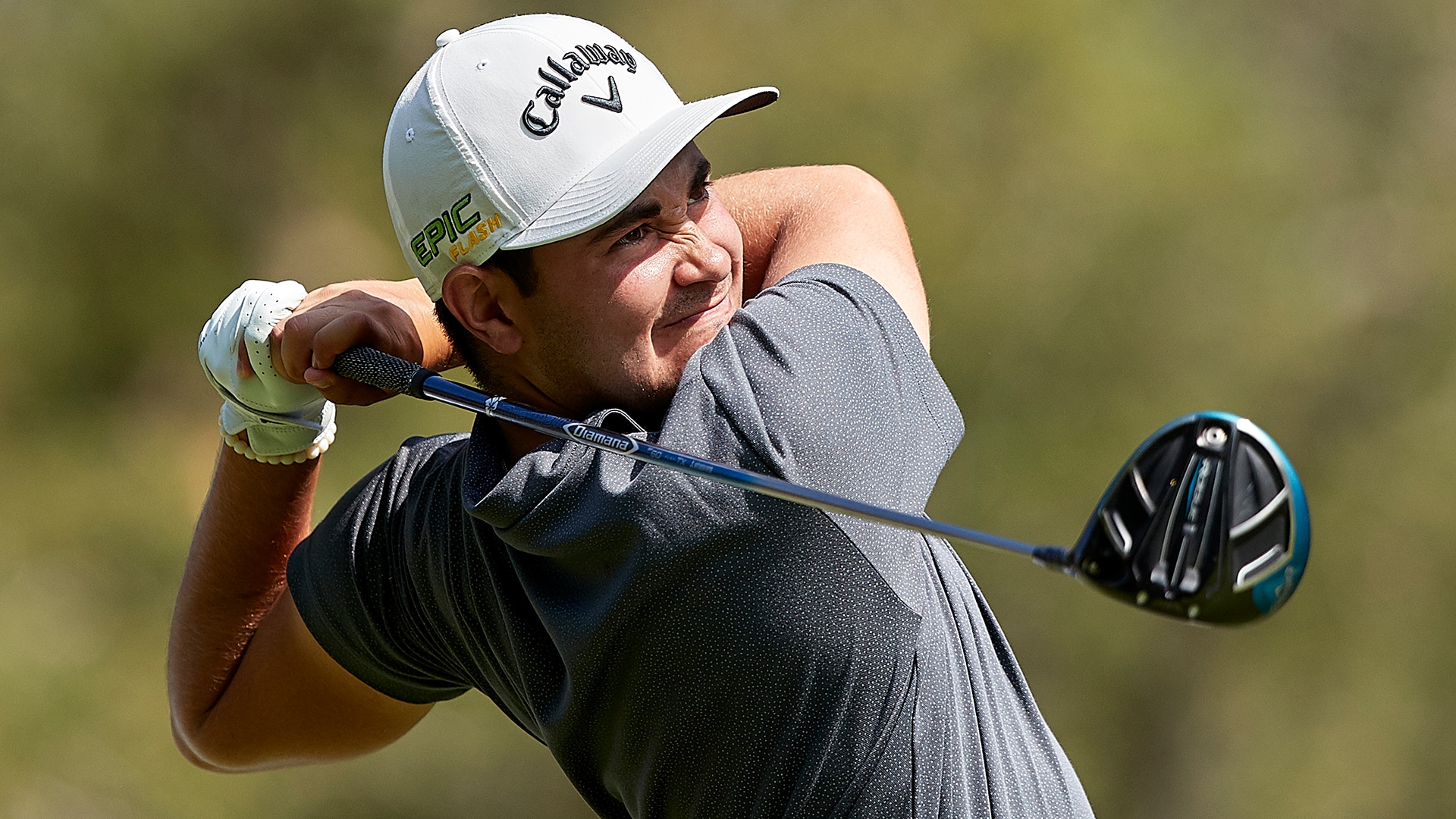 In the same recruiting class as Sam Burns at LSU, Gagne, who was born in Costa Rica, was a three-time All-American and shared low-amateur honors at the 2018 U.S. Open at Shinnecock. However, he has struggled to find footing as a pro, playing a handful of Challenge Tour, Latinoamerica and LocalIQ events since graduating in 2019. He is most known for getting through local qualifying in 2018 thanks to a coin flip, but he’s faced lots of adversity since. He qualified for the 2019 U.S. Open at Pebble Beach, though he missed the cut after a second-round 78. He was disqualified from Korn Ferry Tour Q-School later that year after forgetting to sign his scorecard after his first round of second stage. He earned conditional status in Latin America right before the COVID-19 pandemic canceled that tour’s season. Gagne, who recently started working with instructor Todd Anderson, did win his Q-School for the Mackenzie Tour this year and as a result will compete on the U.S.-based Forme Tour this summer. 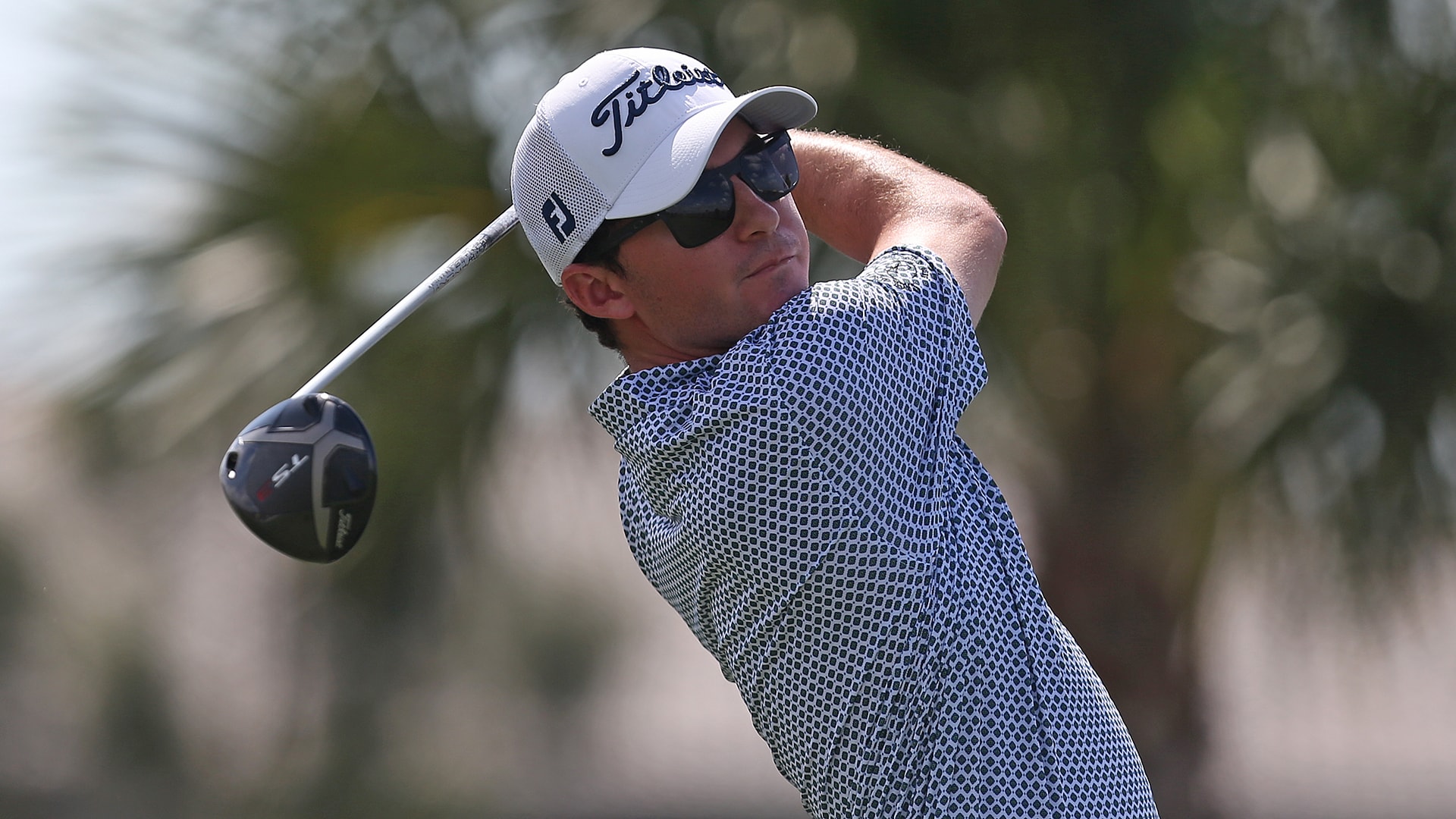 The 28-year-old Auburn grad turned pro in 2016 and played three straight seasons on the Korn Ferry Tour beginning a year later. He lost his card after the 2019 season and played all eight LocalIQ events last summer. Johnson was a junior standout, part of that Class of 2011 crop that included Jordan Spieth, Justin Thomas and Patrick Rodgers. He won the AJGA Junior Players in 2010 and was the sixth-ranked player in that class entering college. He capped his four years with the Tigers by earning first-team All-America honors. Johnson also experienced terrible tragedy when he was in middle school. Johnson’s older brother, Bradley, died in a car accident in 2006, a year after Bradley, also a talented golfer, lost in the final of the U.S. Junior Amateur to Kevin Tway. Bradley Johnson was 17 years old and deciding on where to play his college golf when he died. Michael marks his golf ball with Bradley’s initials. 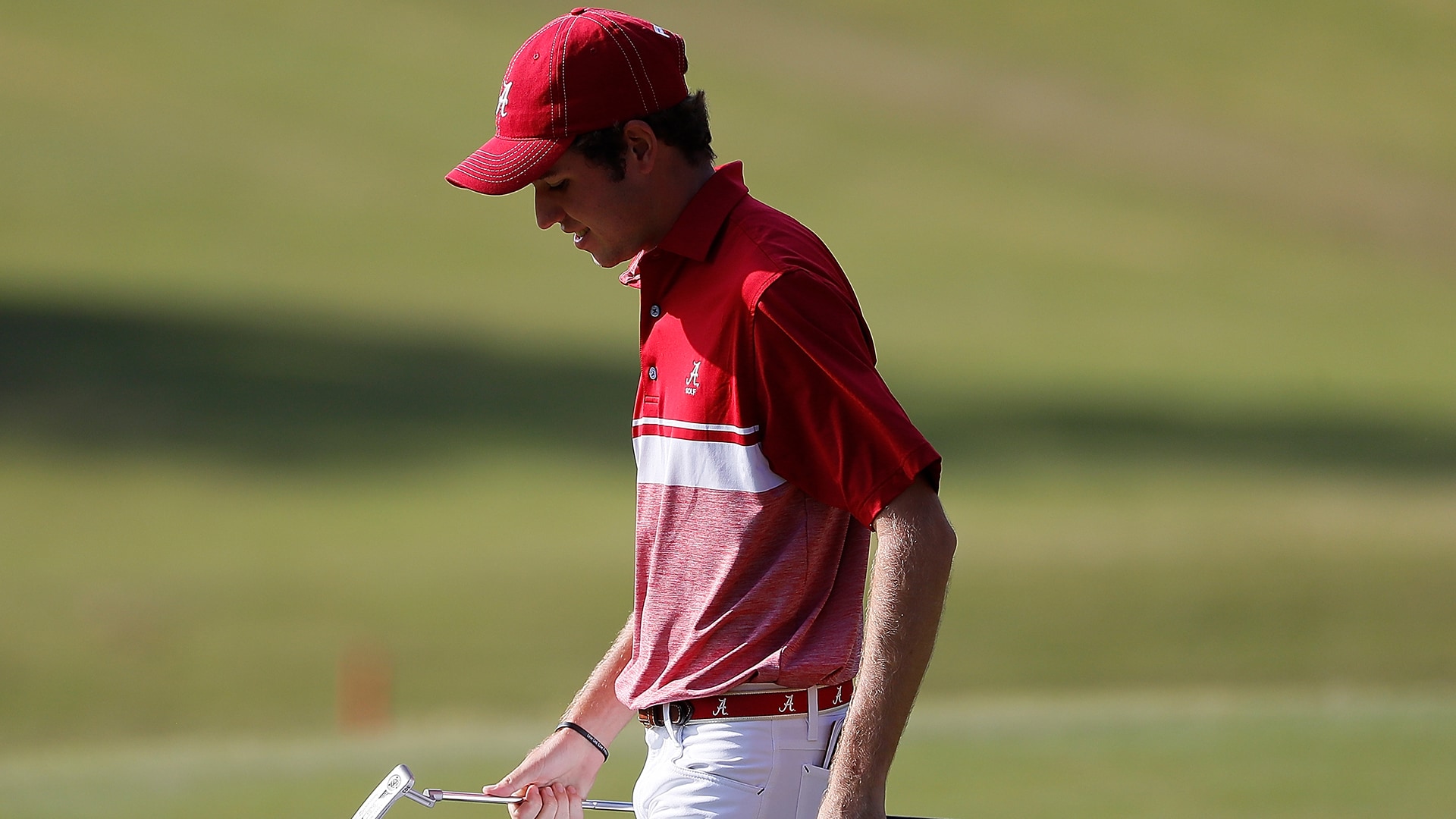 Shore was a two-time, first-team AJGA All-American before arriving at Alabama. As a freshman, he helped the Tide to a national runner-up finish to Oklahoma State at the 2018 NCAA Championship. However, that season injuries started to pile up. It started with a sore back. By the spring of his sophomore year, Shore discovered he had a severe hip impingement and torn left hip labrum. He had surgery in April 2019 and returned that fall, only to then develop a small fracture in his back. He missed more time and battled back issues as recently as this spring. However, he returned to play in the final two events of his senior season before turning pro and medaling at the Atlanta final qualifier. 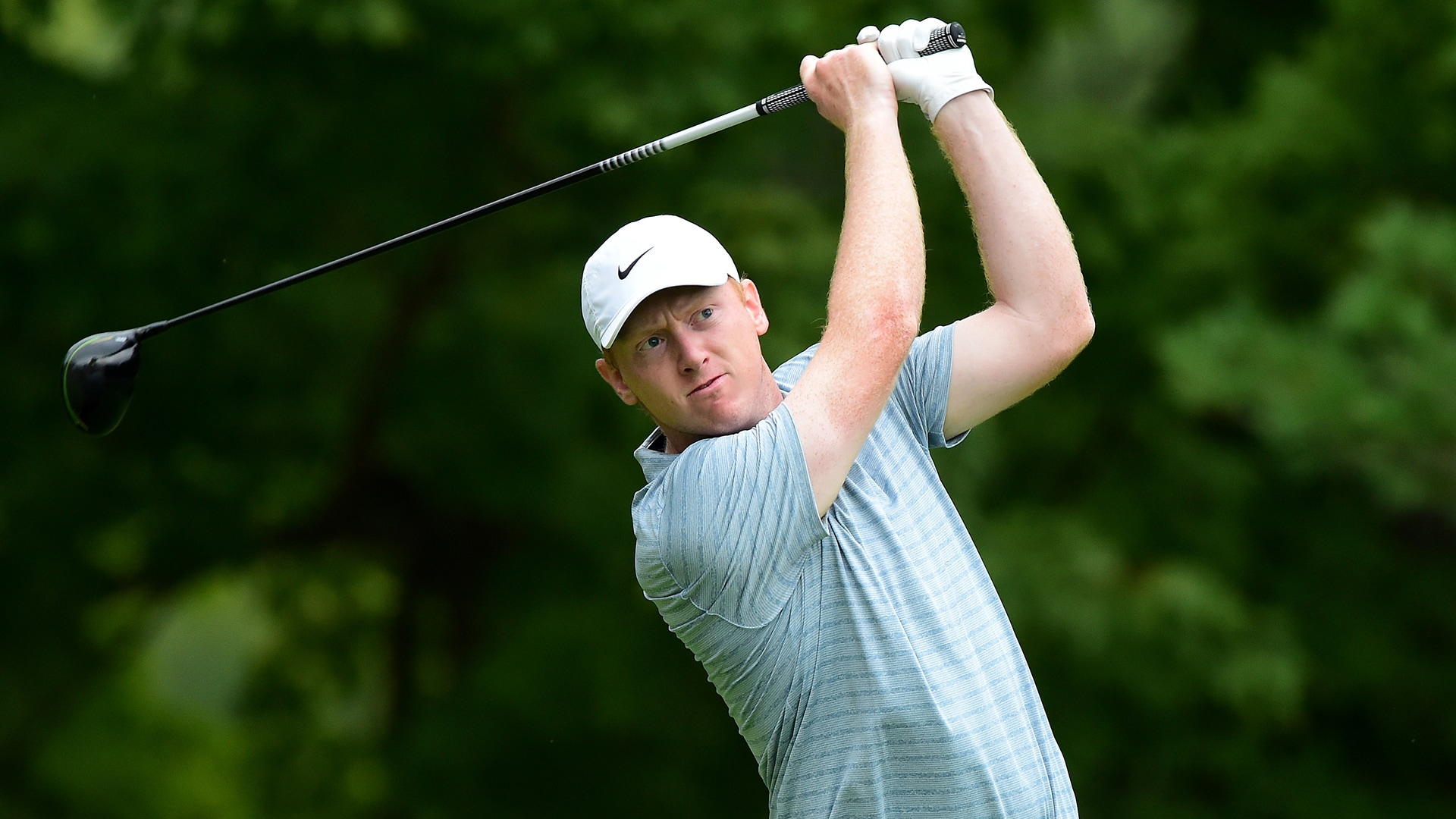 Springer began his college career at Texas Tech but transferred to TCU after two seasons in Lubbock, Texas. As a senior with the Horned Frogs, Springer won the Big 12 individual title. Since turning pro in 2019, Springer has cut his teeth mainly on the All-Pro Tour. Yet to make a cut in four world-ranked starts, Springer earned his U.S. Open debut through the Dallas qualifier. His personal story, though, will likely tug at the heartstrings of anyone who hears it. As told by Monday Q Info’s Ryan French, Springer and his wife, Emma, have a newborn daughter, Sage, who suffers from a genetic disorder called Trisomy 18. It was a miracle that Sage was even born last October, and she has continued to defy odds; Sage also had heart surgery in January. The Springers are in the process of starting a foundation for families who have children with Trisomy 18. Click here to read French's entire story on Springer in the Fire Pit Collective. 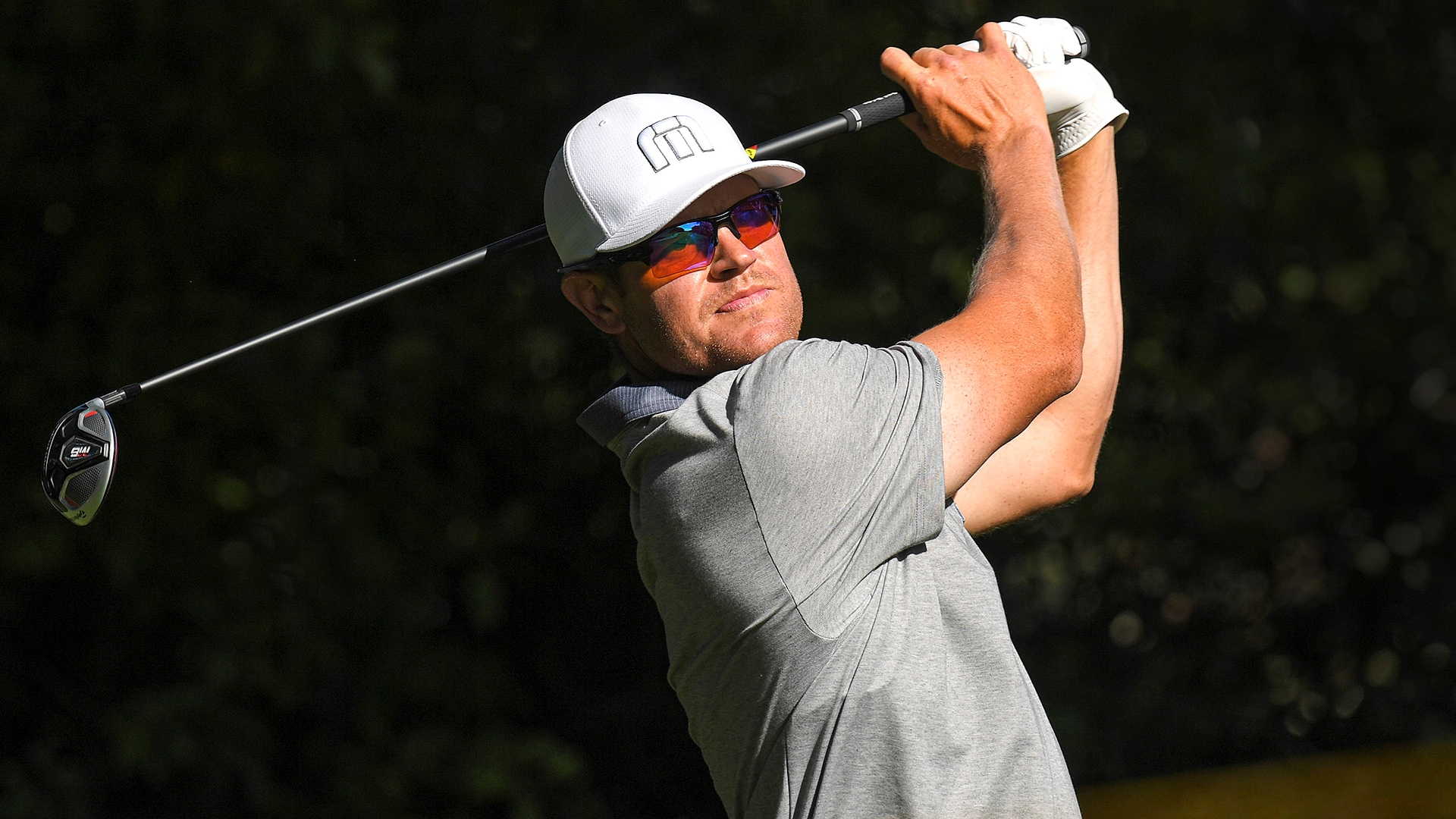 The 29-year-old won five times while competing for the U.S. Air Force Academy before serving five years in the Air Force’s financial management division. He turned pro in late 2019 and proceeded to qualify and tie for 25th in his pro debut, at the Korn Ferry Tour’s Utah Championship. Westmoreland competed in the LocalIQ Series last summer and has Forme Tour status for this summer. He shares a swing coach with Dustin Johnson (Allen Terrell).