Who you calling soggy? Wind-aided Riviera a little too firm and fiery on Saturday at Genesis 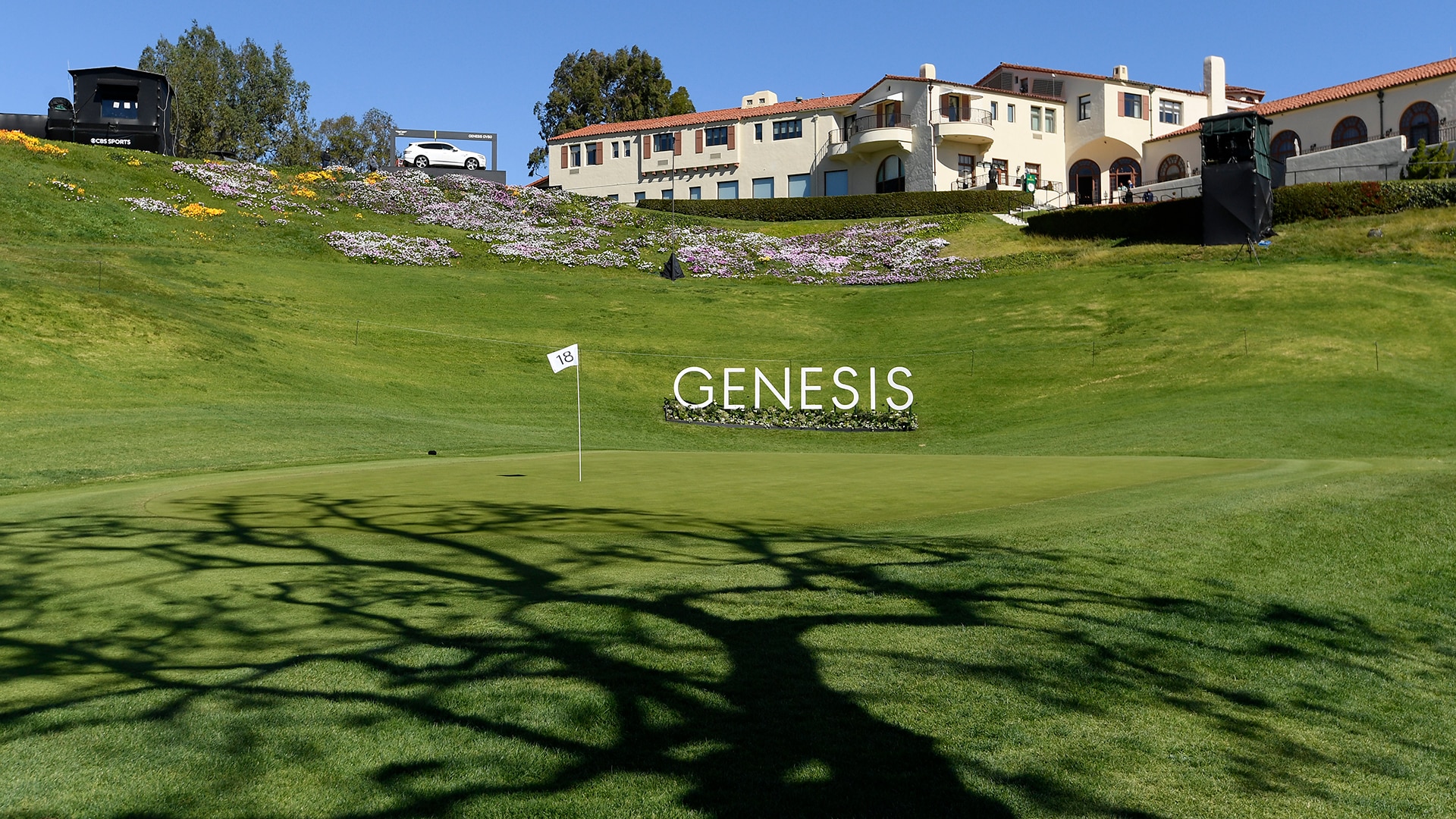 LOS ANGELES – Given the weather woes the rest of the country is enduring, Saturday’s 35 mph gusts under sunny SoCal skies is probably the ultimate insult to the wintery injury. But in the context of Tiger Woods’ very own member-member, the tempest added what some considered an unacceptable degree of difficulty to an already exacting test.

Under the best circumstances, Riviera Country Club is a non-stop stress test, but the winds that howled through the canyon just as the 36-hole front-runner Sam Burns stepped to the first tee made the Los Angeles gem unplayable.

For the first time since the 2015 Open Championship, play was halted on the PGA Tour because of high winds. The wind howled, players waited and officials debated for nearly four hours before the round was restarted just after 5 p.m. ET. Play was originally scheduled to resume at 12:20 p.m., but officials pushed the restart back until the gale subsided to a healthy breeze.

“From what I was told the balls weren't staying on the greens, and obviously I think there's a fine line between tough and fair and I think that line was crossed,” Burns said. “I think they did a good job by stopping play.”

Technically, the PGA Tour halted play because of what were deemed "dangerous conditions," but officials did concede that golf balls were being moved on the greens by the gusts, and crews were dispatched to water some of the putting surfaces during the delay in what was the only real unfortunate element of Saturday’s stoppage.

Riviera was perfect. The historically soggy event was firm and fiery for this year’s Genesis Invitational – just the way the traditionalist want it. There were no complaints. The course was firm but fair. Right on the edge.

Right up to the moment Burn’s backswing at the first tee was interrupted by a blast of the weather warning horn.

The forecast called for winds in the 10-15 mph range at 10 a.m. with the worst of the conditions not expected to arrive until 4 p.m., which would have been about an hour after play was scheduled to finish. Forecasts aren’t perfect, though, and as the field mulled around the iconic clubhouse searching for shelter, they weren’t looking for someone to blame so much as they just wanted to get back to work.

“It was just very extreme,” said Wyndham Clark, who was on the 16th hole when play was halted for the day for darkness. “We weren't to the really hard holes. I mean, seeing some of the pin placements and how they played after we went back out and how tough they were, it was definitely unfair I think earlier, for sure.”

Clark said that before officials threw in the towel, he hit a 15-foot, downwind putt “a foot” on the first green and it drifted 3 feet past the hole. Later in the round, he and Jordan Spieth, who he was paired with, estimated no more than five from the field of 67 would be able to hold the green at the downwind 14th hole. Actually 10 of the 61 players who took a turn at the par 3 managed to hold the green, but his point was no less valid.

When play resumes early Sunday, 23 players will need to complete their third round, including Burns, whose five-stroke overnight lead had dwindled to two shots after bogeys at Nos. 12 and 13 to finish his day.

First-timers have had success at Riviera in the past, but the 24-year-old will face at least 23 holes and a crowded leaderboard on Sunday.

Matthew Fitzpatrick was putting the finishing touches on the round of the day (he was 3 under through 17 holes) and will also be vying for his first Tour title as will Clark, who is in a three-way tie at 7 under.

But with apologies to Fitzpatrick and Clark, they likely won’t be on Burns’ radar when he begins his day just after sunrise. Not with Dustin Johnson lurking just three strokes back.

Although Johnson said he has struggled with his driving this week and his putter was as cold as the wind that halted play early in his round, the world No. 1 was even par with five holes to play on a course where he’s won (2017), placed (2015, ’14) and shown (2010).

But if Saturday was any indication, the biggest obstacle standing between Burns and his first Tour title is a forecast that calls for similar gusts in the 25-30 mph range and a golf course that’s already too close to the edge.