Why Thomas just won $1,000 from Koepka for BMW holeout 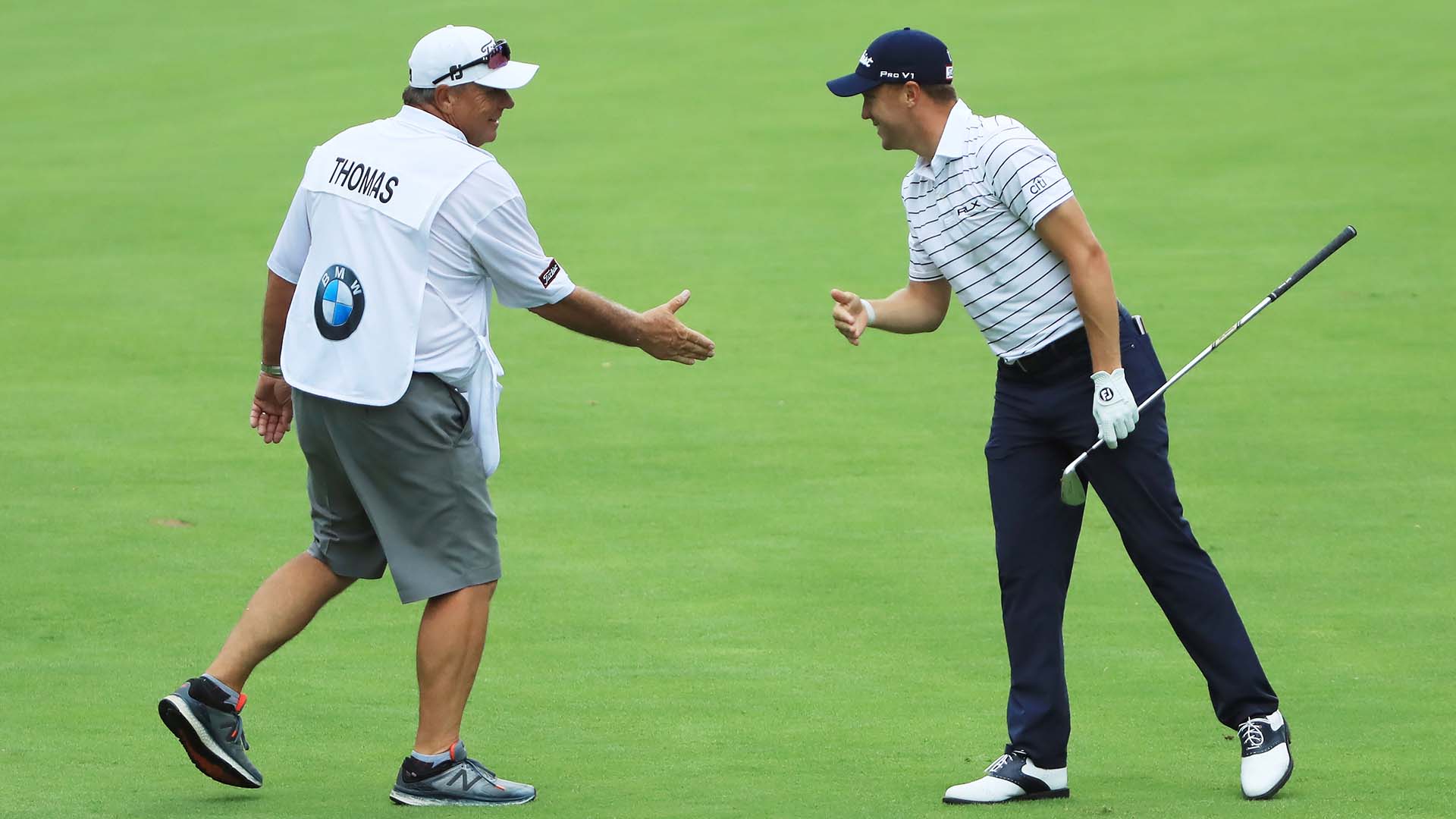 MEDINAH, Ill. – Justin Thomas pushed his lead to five shots late Saturday when he holed out for eagle from 180 yards at the par-4 16th.

And he immediately name dropped Brooks Koepka, as you can hear in the video below.

“The first thing I said to Jimmy,” Thomas said, “‘I got some of that Brooks Koepka money.’”

Thomas and Koepka have a running bet this season concerning holeouts, with certain payments allotted for certain shots.

“That’s the first thing I said to him,” Thomas repeated. “Because that’s another holeout.