Why no American will be benched multiple sessions at Walker Cup 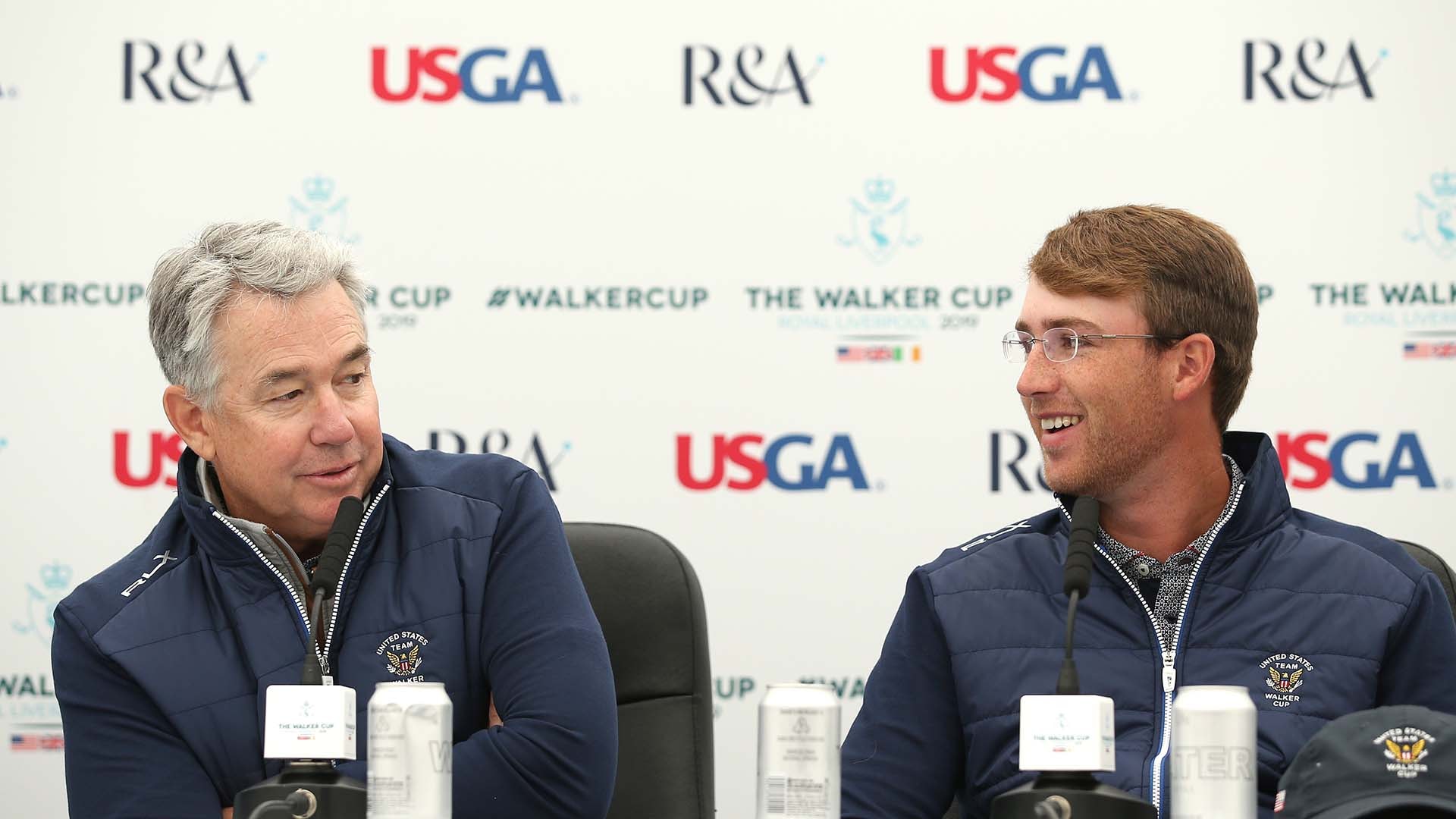 “I don't know a lot about Mr. Crosby,” Augenstein said, “but I do know that my mom told me that my great grandmother would always have his records playing during the holidays and whatnot every time they went over to their house for dinners.”

Seconds later, Augenstein interjected with a fact that he and the rest of his Walker Cup teammates were well aware of.

“I also know that Captain Crosby was seated twice in the 1983 Walker Cup by captain Jay Sigel,” he said with a big smile. “A lot of scar tissue.”

Nathaniel Crosby was part of the 10-man U.S. team that competed right here at Royal Liverpool. And while the Americans won that week, Crosby has made it known that he’s still a little bitter about only playing two of the four sessions. (He went 1-1.)

“I got sapped twice by Captain Sigel,” Crosby said. “I'm not over it, still mad at him. But we had a great captains' dinner about a year and a half ago after I got announced, and he told me to play everybody three times.”

Since the second singles session was expanded to 10 matches in 2009, just two captains have benched a player for multiple sessions. Two years ago, Spider Miller sat Stewart Hagestad and Scottie Scheffler for two sessions apiece. (The U.S. won by 12 points that year.)

But with 10 guys at his disposal this weekend, don’t expect this year's U.S. captain to leave anyone on the pine more than once.