Why win boring? Jon Rahm is developing a flair for the dramatic 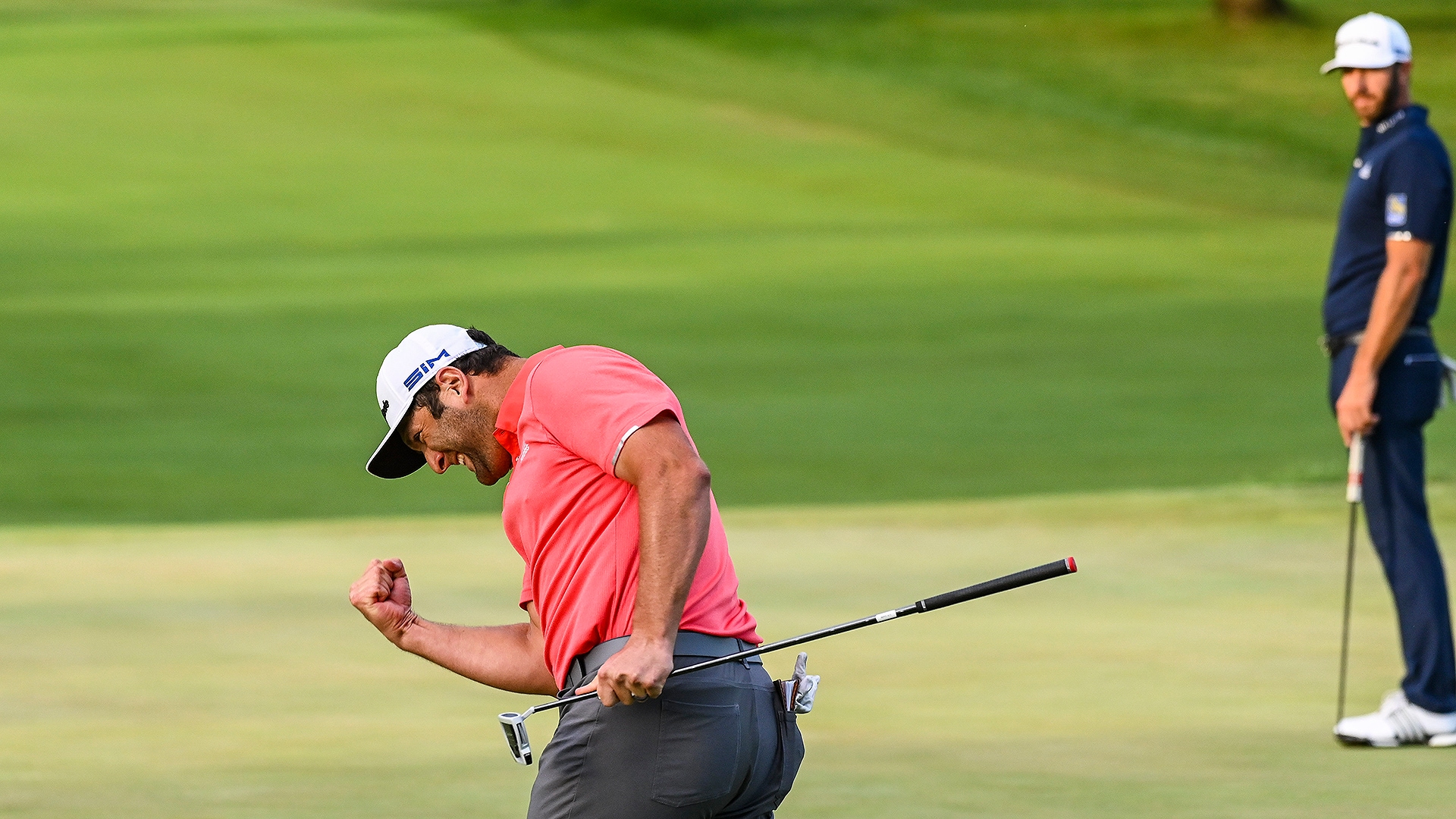 Jon Rahm closed the BMW Championship with a 64, played a demanding layout in 11 under for the weekend and dropped his only shot over the final 36 holes because he forgot to reach into his pocket. And still, despite all that, he needed to roll in a 66-foot putt with about 20 feet of break on the first playoff hole to send Johnson packing.

It rivaled the Workday Charity Open for the most electric finish in the pandemic era on the PGA Tour, with the top two players in the world rankings going toe to toe down the stretch and into overtime. Rahm was standing on the range when Johnson rolled in a 43-foot birdie of his own on the 72nd hole, with a small cheer erupting from the marshals and volunteers lining the final green at Olympia Fields telling the clubhouse leader that his work was not yet done.

But minutes later, he was the one doing the celebrating, holing a putt that drew parallels to Justin Thomas’ bomb in the Workday playoff. Except this time, Johnson, unlike Collin Morikawa, couldn’t answer with a make of his own.

“I still can’t believe what just happened, what happened the last hour of play,” Rahm said. “That stretch of waiting for DJ, him making the putt, going in the playoff, me making the putt, then trying to stay mentally in it just in case he made that last putt – it’s been a roller coaster but so much fun.”

Make no mistake: Rahm had no business contending, let alone winning this event, heading into the third round. His score of 6-over 146 is the highest halfway total of a winner on Tour since the 1999 Open at Carnoustie and the highest in a non-major since 1990. The North Course was playing so brutally difficult that multiple contenders on Friday evening estimated that the winning score would be Even or perhaps over par.

That framing helps lend some perspective to Rahm’s torrid weekend. The Spaniard found 23 of 28 fairways over his final two rounds (after hitting just 10 over the previous two days), and on Sunday he hit 17 of 18 greens in regulation en route to his 4-under 276 total.

Tackling a former U.S. Open venue, he flashed the sort of complete package required to win a major. Then he added a little flavor on top with the sudden-death birdie, a shot that knocked out the guy who had won by 11 shots the previous week and appeared within reach of a second straight win.

“I hit an unbelievable putt, got in the playoff,” Johnson said. “And then Jon made an even more ridiculous putt on top of me.”

The level of difficulty on Rahm’s attempt was only slightly higher than the putt Johnson had buried in regulation to force a playoff. Rahm estimated that he tried to hit a spot 30 to 40 feet in front of him, the crest of a tier that fed down to the hole. All told, he figured – best case – he might be able to nestle it within 3 feet and hope that Johnson didn’t make a birdie putt of his own from much closer range.

“But that was extremely difficult, so maybe 3 to 6 feet,” he said. “I was just kind of hoping to give myself that type of a chance.”

Instead he pulled off the shot of the tournament and took down the player who lapped the field a week ago and built a three-shot lead early in the final round.

Rahm’s relative success on a difficult and demanding track shouldn’t come as a surprise. After all, it was just a few weeks ago that he held steady at Muirfield Village during the weekend at Memorial when everyone around him faded and faltered amid swirling winds. His play that week was light years ahead of the field, allowing him to absorb a two-shot penalty at the buzzer without affecting the outcome.

Rahm admitted that his third round in Ohio still stood above his work this week as a singular performance, but the overall body of work at Olympia Fields shined more brightly considering only four other players finished the week under par.

“Probably overall as a weekend, I think this one might have been a bit better,” he said. “When you’re in contention after two rounds, you’re in it, it’s easy to stay in it and so on. But to be at 6 over par starting Saturday morning and shoot 10 under after that to get to a playoff, 11 under in the next 37 holes, I think it’s probably maybe a little bit better.”

From the moment he joined the professional ranks, Rahm’s prodigious talent was never in question. Even Sunday’s head-turning finish wasn’t the first time that he had closed out a tournament in such dramatic style – his maiden PGA Tour win, back in 2017 at Torrey Pines, came when he holed a 72nd-hole eagle putt of similar length.

But now at the grizzled age of 25, with five Tour wins to his credit and another six in Europe, he has continued his ascent through the upper echelon of the game with steady speed. He’ll have a chance to add to his credentials next week at East Lake, but this performance will shine through regardless of his play in Atlanta.

It was another example that, when the going gets tough, Rahm belongs on the short list of players best equipped to rise to the occasion. And sometimes, he does it with a little flair.

“I think we all want the flashy finish, maybe not the stress that comes with it,” Rahm said. “But I set out with myself to enjoy even the uncomfortable moments we had out there today, and man, it was fun. So yeah, pretty close to the best way to finish it.”