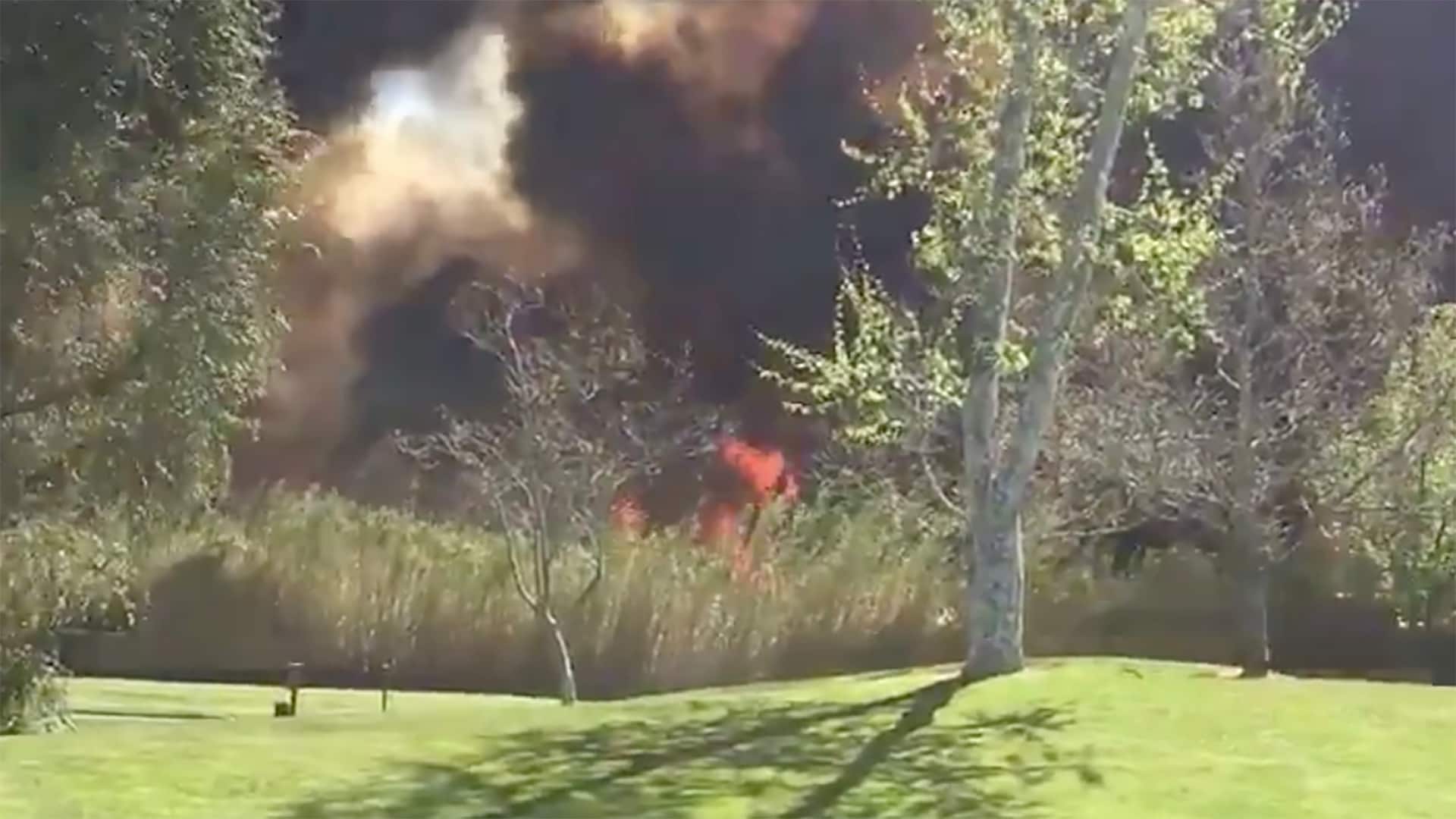 A wildfire forced the evacuation of competitors during a PGA Tour Champions Monday qualifier in Mira Loma, California.

The Riverside County Fire Department first reported a fire, now being called the Mann Fire, near the Santa Ana River in Norco shortly before 11 a.m. local time. The origin of the blaze is less than a mile south of Goose Creek Golf Club, where the 48-player qualifier for the final four spots in this week's Hoag Classic was being held.

The evacuation of players was first reported by Monday Q Info.

Shaun Micheel, one of the competitors, posted a video to Twitter showing heavy smoke and flames very close to the course.

A PGA Tour Champions media official confirmed to GolfChannel.com that play was delayed and all players were removed from the course. Just seven players had completed their rounds before play was suspended, but all players had gotten through at least nine holes.

When play was officially called, the four qualifiers were determined by nine-hole scores (two from each side). Micheel (3 under) and David Moreland (2 under) qualified after starting on the front nine while Cliff Kresge (2 under) and Andy Raitt (1 under) got the nod from the back nine.

Per video from KTLA, one of the local television stations, helicopters have begun dropping water on the fire in an effort to contain the blaze.

The Hoag begins Friday at Newport Beach Country Club, which is about 50 miles southwest of Goose Creek.