Will No. 18 at TPC Sawgrass be site of Bryson DeChambeau’s next bold play? 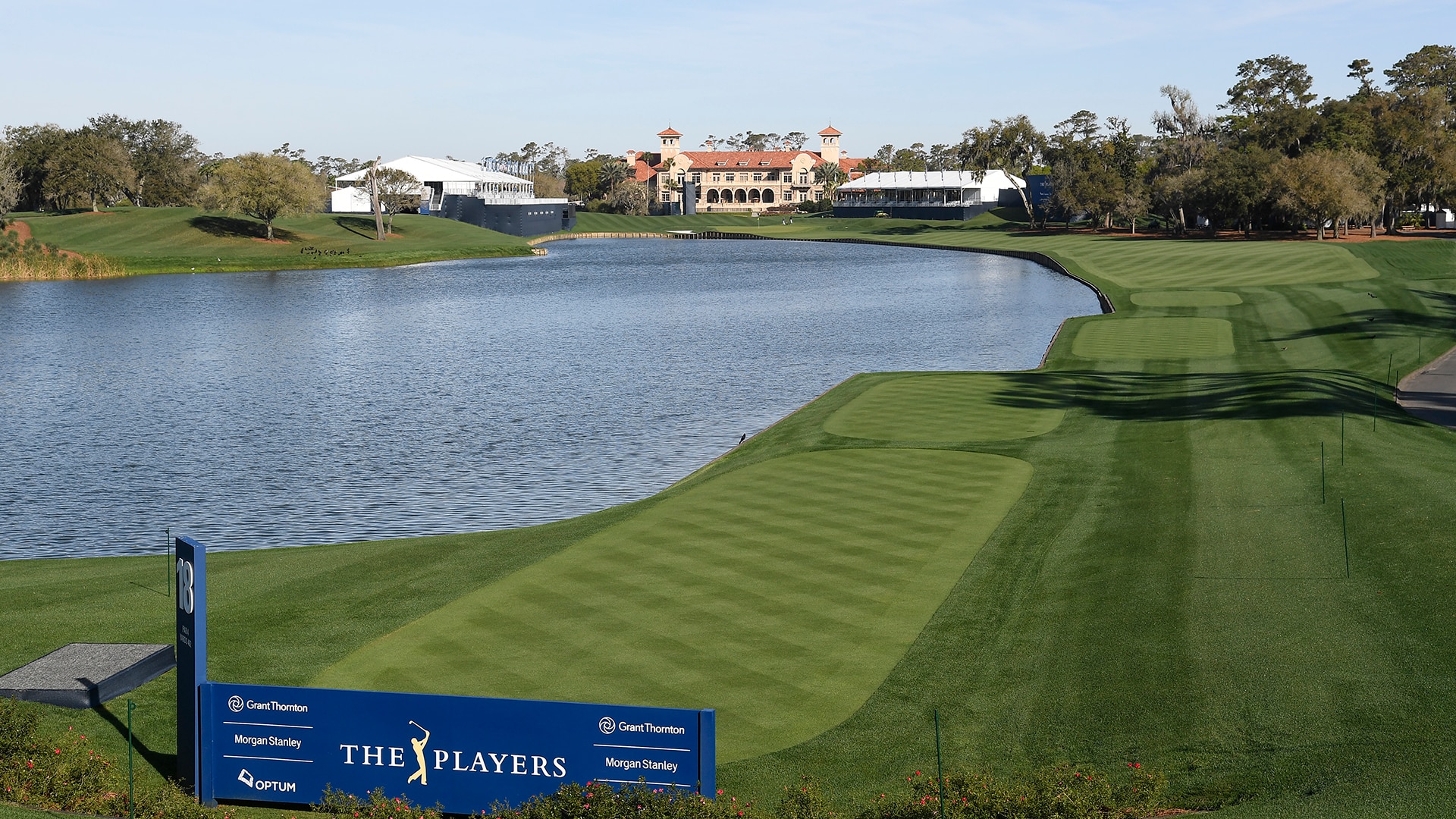 ORLANDO, Fla. – After twice hitting drives over the lake and to within 90 yards of the hole at Bay Hill’s 555-yard sixth hole, Bryson DeChambeau was asked if he was eyeing any bold plays at the upcoming Players Championship.

Of course, he had one in mind.

“Oh, man…,” DeChambeau began, “I have thought about sometimes on 18 going left into 9. But we'll see, with the stands and everything, if it's even worth it. But that's really the only one that I could see being unique and a little different as of right now. There's really not another hole.”

The par-4 finishing hole at TPC Sawgrass’ Stadium Course is a 462-yard beast that features water all down the left side and in play on both the tee shot and approach. The fairway is a tough landing area for DeChambeau, who has little margin area when trying to fit his monster tee balls in between the water and the right rough, an area of about 35 yards wide at 330 yards. He said Sunday that he’ll likely hit 4-iron off that tee and give himself “an 8-iron or 7-iron into the green.” 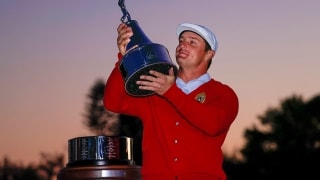 He could also take the wildly unorthodox line up No. 9, the par-5 that sits just on the other side of the lake left of No. 18. The carry over the water is easy, but finding that fairway could be tough, too. If DeChambeau hits a 350-yard drive, he’ll have about a 50-yard-wide area of fairway to hit it in from his angle, and realistically he could then have less than 165 yards to the center of the green – or less, considering DeChambeau drove it 377 yards off the sixth tee on Sunday.

More importantly, water would really only come in play short on his second shot. And the lack of hospitality tents means that DeChambeau would only have to carry the edge of one, which, according to photos, doesn't look like much of a hinderance.

No player has ever taken that line during The Players, but teenager Jeevan Sihota, junior golf's version DeChambeau with 190-plus mph of ball speed, did go that route all three days at last summer's AJGA Junior Players. From the same back tees, Sihota birdied the hole in his first attempt before finishing the 54-hole event bogey-bogey at No. 18.

“It just gives you a better shot into the green, I think, personally, where you can just hit it a little long and you're always going to be OK,” DeChambeau said. “… It's probably not worth it. I mean, the cover's like 310, but we'll see. I look at all options and hopefully there's an advantage there.”