Will the PGA Tour's fine line of testing protocols be enough when play returns?

In two weeks, the PGA Tour sets out with a plan that will be equal parts understandably bold, impressively thorough and wildly scrutinized.

Players were reminded of as much in a communiqué last week from Tour officials that read, in part, “With this moment to inspire millions around the globe, we also bear a significant responsibility in returning to competition in a safe and responsible manner in every community in which we play.”

The scrutiny will be real, as are the stakes, which is why, as the Tour pulls to within a fortnight of a return to competition on June 11 at the Charles Schwab Challenge, the focus has shifted to the heart of any plan to resume play – testing.

When the circuit unveiled its Health & Safety Plan officials leaned into what they called a “layered testing component,” which will begin with a daily health questionnaire via a medical portal that will begin a week before the player or caddie travels to a tournament as well as a pre-tournament at-home test for COVID-19 that will be handled by a company called Vault Health.

The at-home tests will be supervised by a physician via video call and the goal is to have results available within 48 hours. 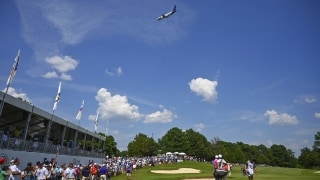 In a memo sent to players, the Tour stressed that the “use [of the charter flights] by players and caddies is strongly encouraged."

The Tour plans to conduct another round of PCR nasal swab/saliva testing when players arrive at a tournament city and again following the third round if the player/caddie is planning on taking the chartered flight to the next Tour stop.

In a conference call earlier this month, officials said they expect to administer in the neighborhood of 400 tests a week which seems appropriately extensive until that number is compared to other sports. According to various reports, Major League Baseball estimated it would need more than 200,000 tests to begin its season and the NBA would need around 15,000 tests to complete its season. By comparison, the Tour’s estimate of 400 tests a week – which would add up to about 5,600 for the season – seems low. Even UFC reportedly needed 1,200 tests (a combination of antigen and antibody tests) for just three fights earlier this month with a substantially smaller footprint than the Tour.

The challenge for the Tour, and really every professional sport at the moment, is the fine line between what’s needed for a safe return and the optics of taking tests away from those who might need them in a given community.

“We are confident that we'll be able to conduct our testing in a manner that is not taking away from the community. We will be providing our own supplies and sourcing all of that, as well,” said Andy Levinson, the Tour’s senior vice president of tournament administration.

The Tour’s plan to bring all of the required diagnostic tools and testing supplies to each event alleviates what would be a bad look in communities where tests aren’t readily available, but it also talks to the limitations of the policy no matter how detailed or well-designed.

Within the Tour’s testing “bubble” are players, caddies and essential personnel, like rules officials, but the vast majority of volunteers, media or the staff at local hotels would not be tested. Instead, they would be screened with thermal readings and questionnaires.

The potential blind spot in the Tour’s testing protocols is a misgiving that at least one top player gave a voice this week.

“An asymptomatic person could operate within a tournament,” Adam Scott told the Australia Associated Press. “If they're not showing symptoms, and I somehow picked it up inside the course, and I'm disqualified, I'm now self-isolating [in that city] for two weeks. I'd be annoyed if that happened.”

At the moment, Scott is very much in the minority when it comes to his concerns with testing.

“I’m 100 percent comfortable [with the testing protocols],” said Charley Hoffman, the chairman of the player advisory council. “We wouldn’t have gone through with this if we didn’t have the consent from the players. I wasn’t sure everybody would go back to play, but I can say that every single player we talked to wanted to come back. I’m not saying we’re bullet proof. The players want to get back and we have a great plan in place.” 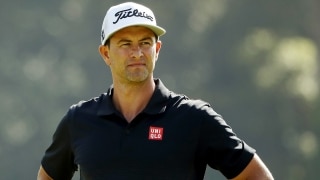 As fluid as the pandemic has become there’s also the possibility that by the time the Tour arrives at TPC Deere Run for the John Deere Classic, which is the first event that is tentatively scheduled to be held with fans, that testing would be more available and the protocols could be expanded to include all personnel associated with an event.

“Certainly, as things change we're going to be nimble and we'll have the ability to modify our plan if we feel it's appropriate,” Levinson said.

What’s not covered in the 37-page Health and Safety Plan is exactly how positive tests will be handled. Logistically there are guidelines for someone who tests positive (primarily a 10-day quarantine) but there is no guidance for how the Tour would respond to multiple positive tests.

“If four guys test positive in ‘X’ city do we pull up the tents and leave? Like everybody else this is going to be a giant experiment. No one has ever dealt with this,” Lucas Glover said. “All you can do is eliminate as many variables as possible and that’s what they have done.”

The core of the Tour’s plan to return to competition was always going to be about testing and given the sensitivities involved the circuit threaded an impressive needle to maintain what many believe to be an appropriate balance. We’ll find out in two weeks if it’s enough.