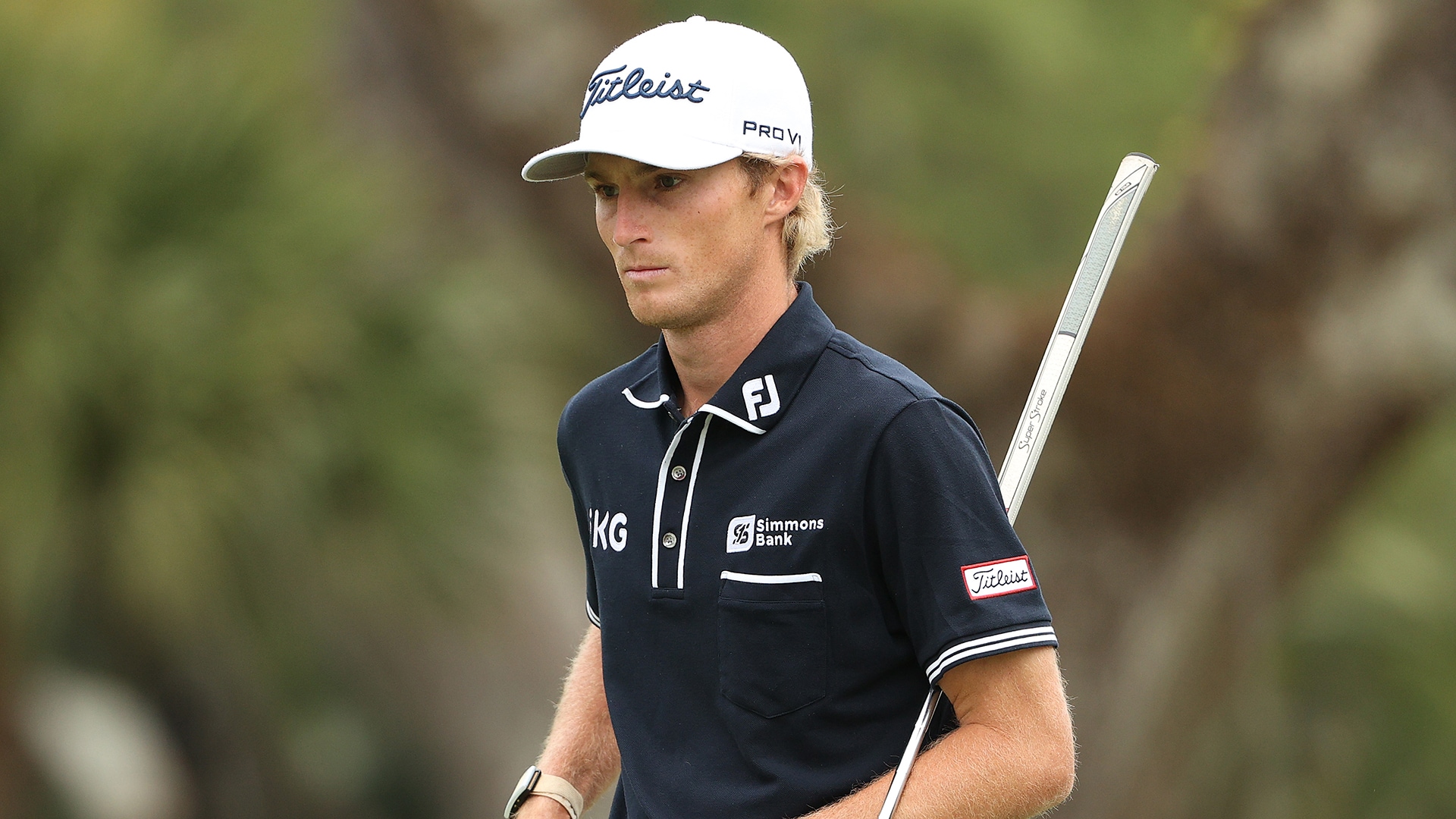 Will Zalatoris is admittedly “a little fried.”

Coming off his runner-up showing at the Masters Tournament, the 24-year-old Zalatoris got right back on the saddle Thursday for his first round of the RBC Heritage. He carded five birdies as part of an opening 3-under 68, which had him five shots off the early lead set by Stewart Cink.

“I thought I did a nice job today of kind of staying patient knowing that I probably wasn't going to be as mentally fresh,” said Zalatoris, who despite his world ranking (27) and dream showing at Augusta National remains a special temporary member on the PGA Tour, with only a victory qualifying him for this year’s FedEx Cup Playoffs.

Zalatoris had just one blemish on his scorecard in Round 1 at Harbour Town, and it came at the par-5 second, Zalatoris’ 11th hole of the day. Sitting at 2 under, Zalatoris missed the fairway a little right and was blocked out by some trees. However, he said he had about a 30-foot-high and 10-yard-wide window to thread a shot through and potentially onto the green.

He missed, his ball hitting a tree and ricocheting out of bounds. He went on to double-bogey the hole to drop back to even par.

“I was trying to get something underneath the tree and hit it up onto the green, and maybe even get it on. Either way would've been easier than punching out or another option,” Zalatoris said. “I still don't regret because it was worth it. Just hit a bad shot. … I think, what, is there 120 guys this week (actually 134 in the field), and I probably would have been the only one that couldn't fit it through that window.”

Zalatoris avoided another likely disaster two holes later, at the par-3 fourth. After hitting his tee ball in the water, he was able to hole his par putt from off the green to avoid dropping a shot.

Birdies at Nos. 6-8 helped Zalatoris get comfortably back into red numbers as he eyes his eighth top-25 finish in 10 starts this year.