Will Zalatoris talented – and stupid? (let him explain) – enough to win Masters as first-timer 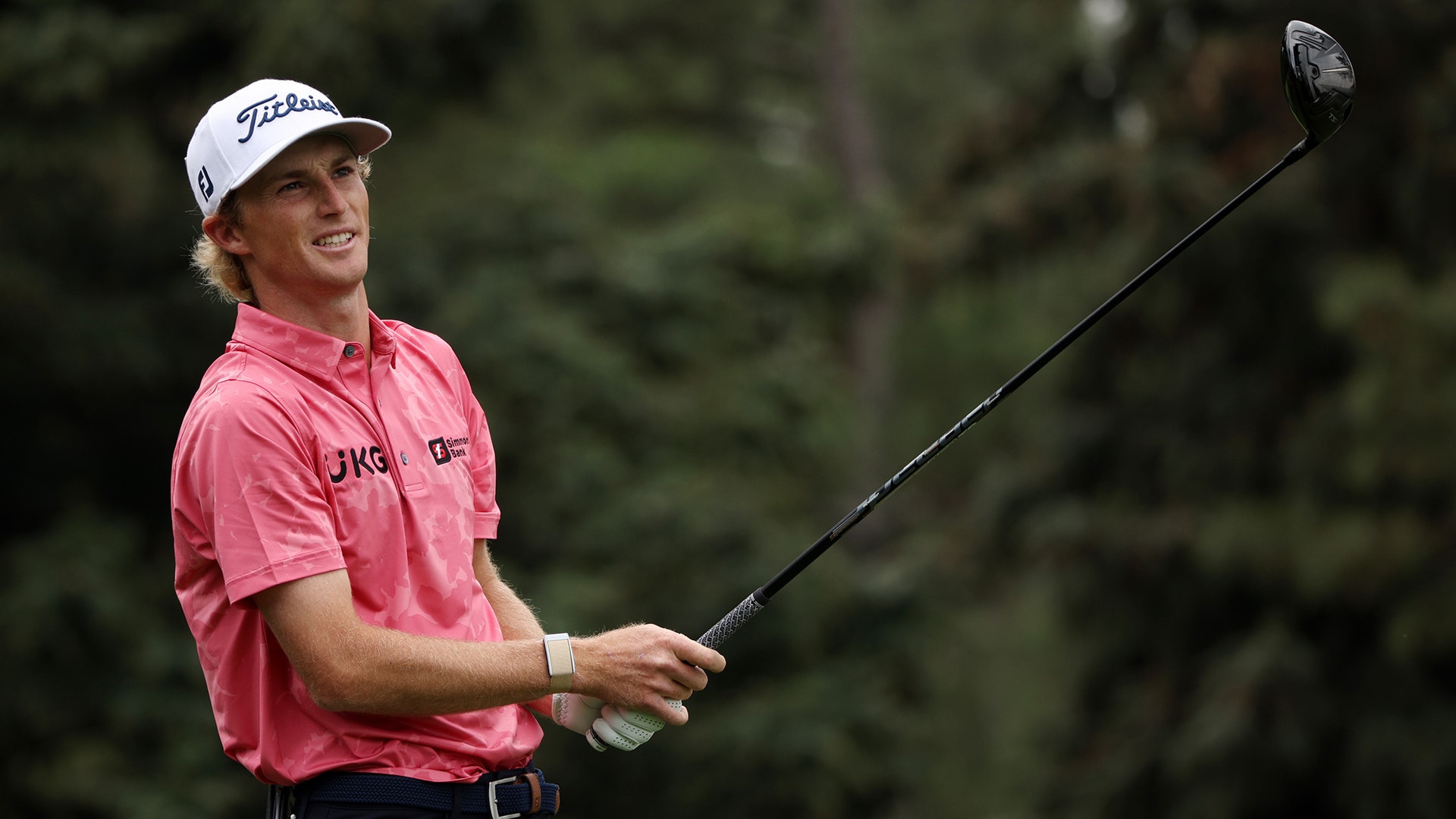 AUGUSTA, Ga. – Will Zalatoris and his team had had enough. Zalatoris had mostly whiffed on his PGA Tour opportunities in his first year as a professional golfer after leaving Wake Forest early in December 2017. He made just one cut and then that fall came up two shots shy of getting through the first stage of Korn Ferry Tour Q-School, held in The Woodlands, Texas, just minutes from where Zalatoris won the U.S. Junior Amateur three years prior.

So, about a year after Zalatoris leaped into the pro ranks, a meeting was called. Sitting around a table were Zalatoris, his agent Allen Hobbs, and his two instructors, Troy Denton and Josh Gregory.

The takeaway: Zalatoris, the hotshot amateur with a glistening USGA championship pedigree, should focus on … the mini-tours.

“He needed to just play golf, go out and not rely on starts, not rely on Monday qualifying,” Gregory said. “Just go get reps, get confidence, get used to being in contention. … I’ll be damned if he didn’t go do it right away.”

At the time, Zalatoris was ranked outside the top 2,000 in the Official World Golf Ranking. But over the course of two years and change, he turned just a few mini-tour events into KFT starts and then those opportunities into a KFT card and more chances on the big tour. It’s been an exponential journey.

Now, Zalatoris is 46th after a year-long collision course up the world rankings, with special temporary Tour membership, and playing in his first Masters Tournament.

Oh, and it gets better: through 18 holes, he’s 2 under and tied for fourth at Augusta National.

“When you hear, ‘Fore please, now driving,’ you dream about that for your entire life,” Zalatoris said. “Now, I'm doing it. I've been saying that I've been playing with house money because basically every week is either win or just keep having the status that I have … so it's just been so fun. Obviously to be here, I've talked about it a lot, just having the same mindset, and I've had a lot of gratitude.”

Some would argue that it’s unfair that Zalatoris is in this position. After earning his way onto the KFT during the 2019 season through Monday qualifiers, exemptions and strong finishes, the former Walker Cupper took a major charge forward in his first season on the developmental circuit. When the tour returned from its pandemic hiatus last summer, Zalatoris won the second event back before rattling off nine more consecutive top-20 finishes worldwide, six of those top-10s, including a T-6 at the U.S. Open at Winged Foot. At that point, Zalatoris was already the money leader on the KFT, which was on break until the new year when it would resume its super season. But with no promotion, Zalatoris was stuck – unless, of course, he could play his way into special membership and unlimited Tour exemptions. He did that by November and is currently tied for second on Tour with five top-10s this season.

Having essentially locked up his full card for next season, Zalatoris has been freed up to focus on playing golf rather than playing numbers.

“I've had the same attitude and same mindset for a year and a half of just get better every week,” Zalatoris said, “and there's stuff that I'm working on right now in my game that I've been working on three to four weeks. Even though it's the Masters, it doesn't change. It doesn't matter if I'm doing a Monday qualifier or getting ready for here, I'm trying to get better.”

That disciplined approach is matched only by one other player, according to Gregory, and that’s Patrick Reed, the 2018 Masters champion. Gregory, a former college head coach who led Reed and Augusta State to back-to-back NCAA team titles, calls Zalatoris a “model student.” He listens, as evidenced by his willingness to grind it out on the mini-tours, and he doesn’t deviate from the plan laid out before him.

Gregory has been sharing with everyone, from media to other players and coaches, a recent story from the WGC-Dell Match Play a couple of weeks ago. Jason Kokrak had just birdied three of his final four holes to upend Zalatoris on the first day of group play. Zalatoris was stunned, but he walked off the 18th green at Austin Country Club and straight to the practice green. He took out his putting aid, set it up and for 20 minutes decompressed over the same drills and putting games that he does after every round.

“The best do the same things over and over again,” Gregory said. “Most guys would be storming off, upset, throw the clubs in the car, go grab a drink, whatever, because you just got the match pulled from you. And he was mad, but there were no complaints, no nothing, he just stuck to what he does.”

Zalatoris again repeated that nearly half-hour process after his brilliant debut round at the Masters. He hit 14 of 18 greens on Thursday, tied for second in the field, and took a lead after an eagle at No. 15, but he also needed 31 putts to get around Augusta National. Always an elite ball-striker with a ball flight that’s off the charts – there's a reason Reed gave him the nickname "Showtime" – Zalatoris has had more than a few cold spurts with the flatstick since his junior days. But like his chipping, it’s improving because of his tireless work ethic.

“I think he's a very confident player,” said Bernhard Langer, who played alongside Zalatoris in Round 1. “I already thought he was special on TV, and then I experienced him in person today, and I would definitely agree. He's going to be one of the stars for the future. … His golf swing is really, really good, so with him I think it's more a matter of the short game, can he make some putts or not?”

The numerous weapons at Zalatoris’ disposal also include a detailed understanding of course management and strategy. He was taught at a young age by instructor Scott Fawcett and was the first player to use Fawcett’s popular DECADE system when Fawcett caddied for Zalatoris at the 2014 Texas State Amateur, which Zalatoris won as part of a hot summer that also featured wins at the Trans-Miss Amateur and U.S. Junior. Examples of the system include minimizing shot dispersion, which is why Zalatoris exclusively plays one shot – a fade – off the tee, and aiming away from trouble even if it means aiming further away from flags.

“He will do well in major championships because he understands that 30 feet is a good shot,” Gregory said.

Augusta National may be a course that takes decades to even begin to master, and some players never come close. But Zalatoris already knows the fundamentals. He also has obtained some prior knowledge, whether from the rounds he played here in college, what he’s seen on TV (such as how players routinely miss putts left on No. 10 when the pin is back left), or in conversations with three-time Masters third-place finisher Lanny Wadkins, whose sons grew up playing with Zalatoris at Bent Tree Country Club in Dallas.

“Him talking about little things like the wind on 12, I just remember,” Zalatoris said. “He told me that when I was 14 and I still remember it.”

So, when Zalatoris is reminded that only one player since the first two editions of the Masters has won a green jacket in his debut at Augusta National – and that player, Fuzzy Zoeller, did so way back in 1979 – the 24-year-old rising star plays it off. 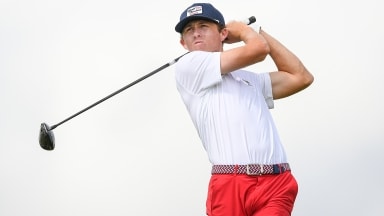 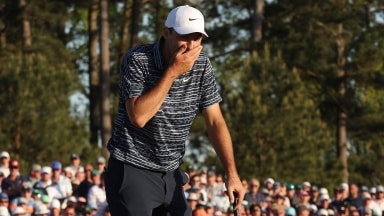 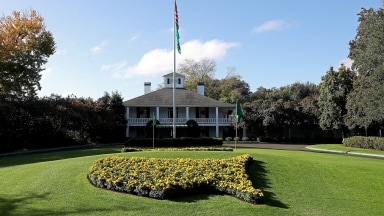