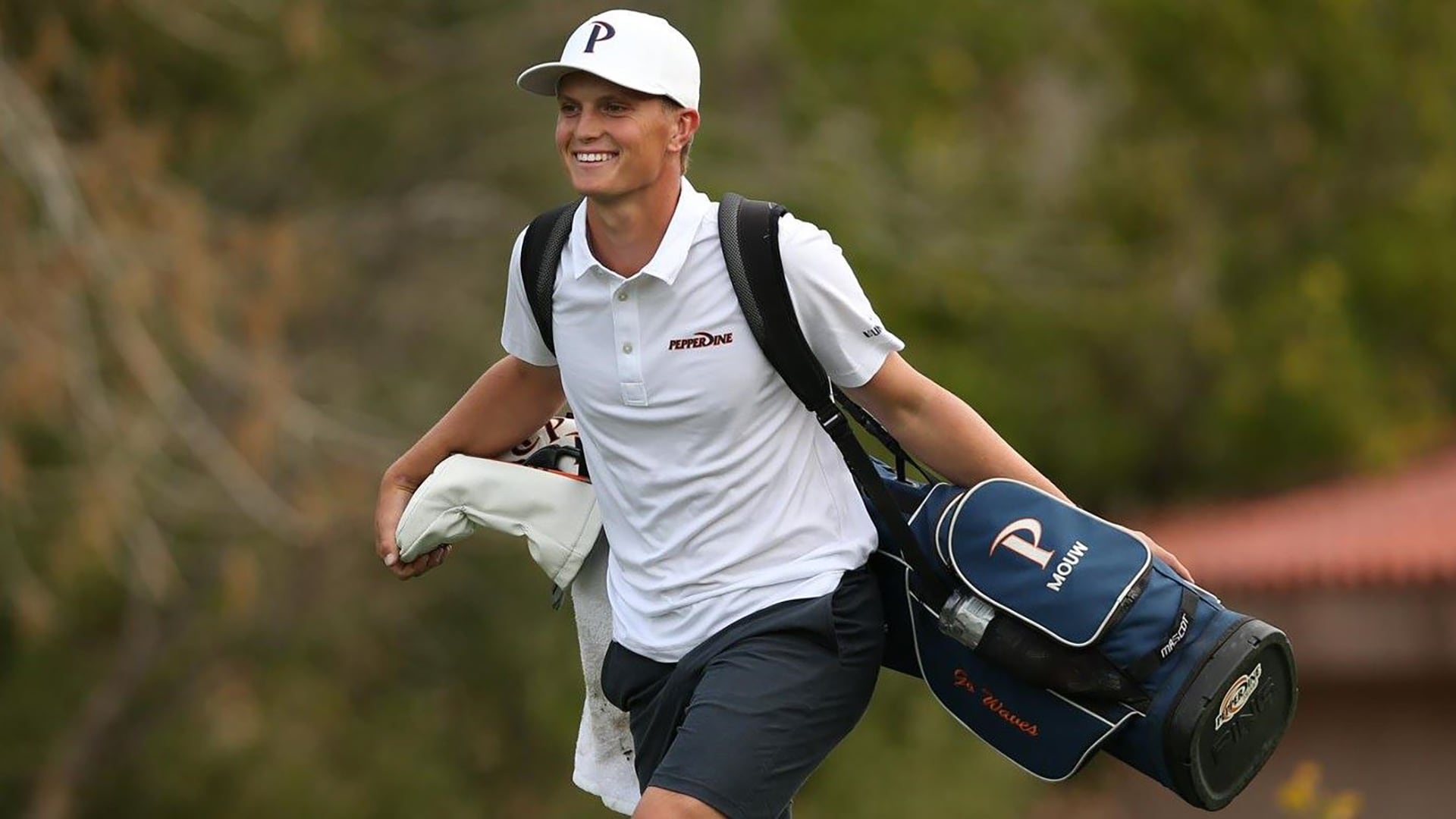 Pepperdine continued its hot start to the spring with a victory Saturday at the Amer Ari Invitational in Hawaii.

The Waves, who won last week’s spring opener at the Southwestern Invitational, posted an 18-under 270 in the final round at the Waikoloa Kings’ Course to clip Texas by two shots at 39 under. It’s the first time since 1996 that Pepperdine, which figures to rise to No. 1 in Golfstat’s rankings, has won back-to-back events.

Freshman William Mouw, added to his Phil Mickelson Award resume, led Pepperdine with a closing 8-under 64 and eagled the par-5 18th, draining a 45-foot putt, to finish at 13 under, tied with Arizona State junior Mason Andersen. Mouw didn’t make the starting lineup for the Southwestern, though he still tied for eighth last week at North Ranch. He now has six finishes of T-11 or better, including Saturday’s victory, the first of his career.

Pepperdine also received a T-6 finish from senior Sahith Theegala, who won last week’s home tournament, and T-14 showing from freshman Dylan Menante, who fired a final-round, bogey-free 65 that included two eagles. Sophomore Joe Highsmith and senior Joshua McCarthy, who both had played in every event this season, weren’t even among the six players to play this week.

In addition to Pepperdine, three other teams led on Saturday – Texas, Arizona State and Georgia Tech, all of which joined Pepperdine among GolfChannel.com’s preseason top 4 teams.

The Yellow Jackets led after 36 holes, but they could only manage a closing 287 and finished fifth, five shots back. Senior Andy Ogletree, the reigning U.S. Amateur champion, had his best finish of the season, a T-3, a shot back of Mouw and Andersen, who closed in 65 to pace the Sun Devils, who shared second at the Southwestern before finishing third Saturday.

Oklahoma State, which entered the spring No. 54 in the country, had its best performance of the season, placing fourth. While senior Austin Eckroat tied for 28th, junior Aman Gupta led the way for the Cowboys with a T-3 finish. Freshman Brian Stark and senior Ferdinand Muller each closed in 66.

The preseason No. 1 Longhorns also had their best 54-hole, stroke-play showing of the season, and they did it despite a T-56 finish by sophomore standout Cole Hammer, who opened in 65 but ended up even par for the tournament. Instead, sophomore Pierceson Coody placed fifth on the heels of a final-round 67 and freshman Travis Vick notched his first top-10 finish (excluding the 18-hole East Lake Cup stroke-play portion), tying for 10th.