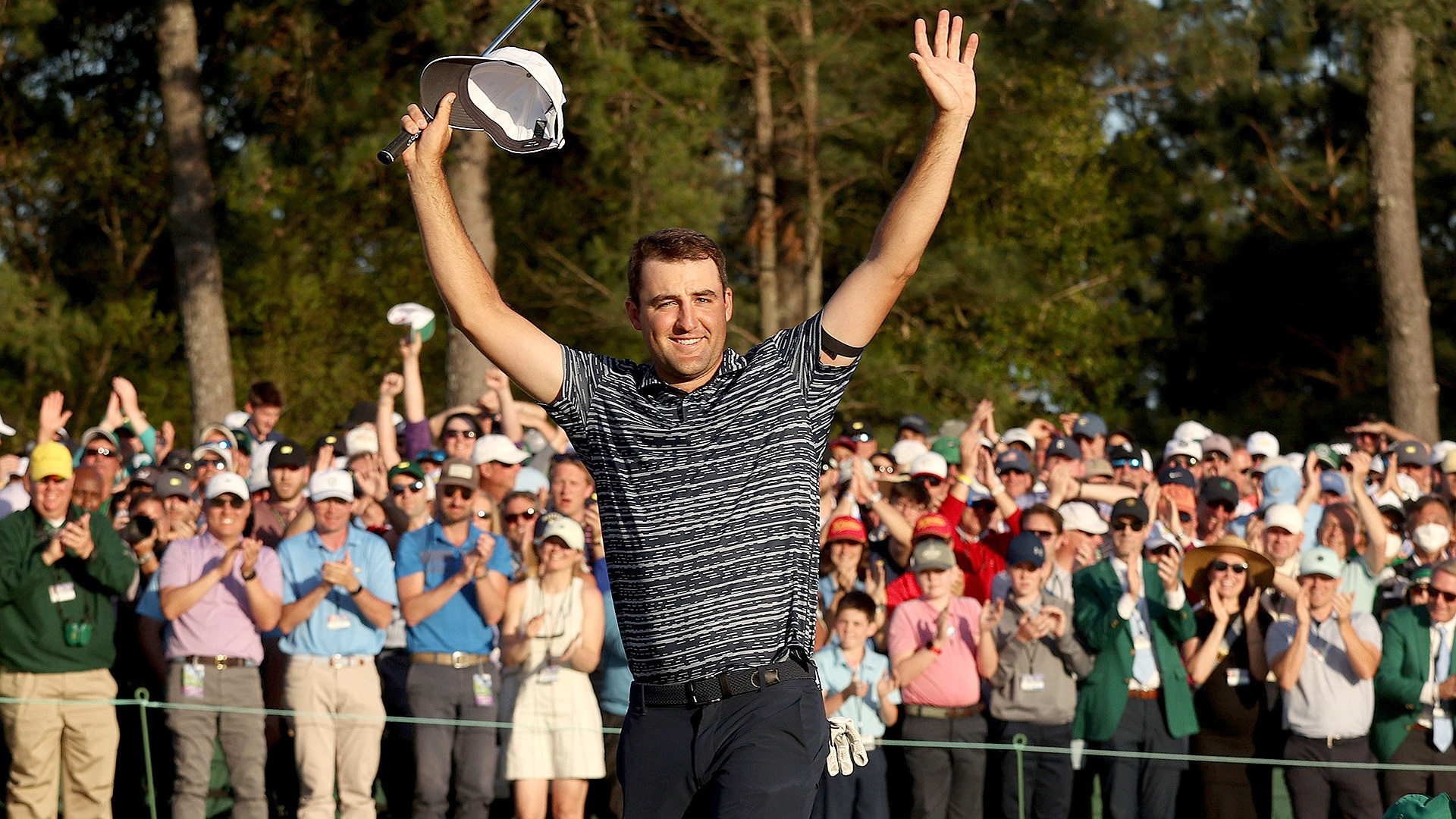 Scottie Scheffler won the 86th Masters Tournament on Sunday, defeating Rory McIlroy and Cameron Smith for his first major title. Here’s how things played out in the final round at Augusta National Golf Club:

What it means: Scheffler has done everything there is to do within the last two months. Win your first PGA Tour event, check. Back it up with a second (and a third) win, check. Become world No. 1, check. Become a major champion, check. Scheffler has gone from a notable player to THE player in the game. Most impressively, he won this week with a target on his back to start the tournament and from the lead ever since Friday evening.

What this victory means is, no one can doubt who is the best player in the world. And Scottie Scheffler will always have dinner plans Tuesday of Masters week.

How it happened: Quickly. That’s how it happened Sunday at Augusta National. Smith birdied the first and cut Scheffler’s lead to two. Smith birdied the second and cut his deficit to one. Smith then appeared ready to tie – or even take – the lead at the third, but Scheffler chipped in for birdie and Smith made bogey (more on that below). And just like that, Scheffler had extended his overnight lead to four shots.

That separation over Smith remained for six holes as they matched pars, birdies and bogeys on Nos. 5-10. Then, at the par-4 11th, the hardest hole on the course, Smith made birdie. The momentum was his … for a couple of minutes.

Smith dumped a weak 9-iron into Rae’s Creek at the par-3 12th on his way to a triple-bogey 6. Scheffler made a great up-and-down on the same hole. The lead was again four, but this time over McIlroy, as Smith dropped six back at 4 under.

After McIlroy capped off a 8-under 64 and posted 7 under, Scheffler just needed to play his final six holes in 2 over par. He played them in even par (after to a nervy double bogey on 18) to complete a dominating, three-stroke triumph.

Round of the day: McIlroy’s 64. Entering the final round, no one had shot better than 67 this week, and only three players had done that. But with calmer, warmer conditions on Sunday, McIlroy made six birdies and one eagle to tie the lowest final-round score ever at the Masters. He day was highlighted by a bunker hole-out for birdie at the last, after which McIlroy said this was “as happy as I’ve ever been on a golf course.”

Biggest disappointment enjoyment: Given the gap between the final group and everyone else, no one really disappointed in the final round. So, instead, this is the perfect place to pay tribute to Tiger Woods. After 508 days, Woods played an official event. After nearly losing his right leg, Woods competed over 72 holes at Augusta National. There was enough sugary sentimentality written and spoken this week regarding Woods, to sweeten all the tea in the South. But it wasn’t without merit.

Tiger will never go in-depth on his rehab process. He’ll never detail what it took to play four rounds – plus practice – this week. We have a gist, and that’s enough be awed by a 47th-place finish.

Shot of the day: It’s rare that the most memorable shot in a major championship victory happens within the first few holes of the final round, but such was the case this Sunday. As mentioned above, Smith put the press on Scheffler with a couple of early birdies. With both in a similar spot of bother at the par-4 third, Scheffler chipped first and chipped in.

That shot turned the tide back in Scheffler's favor and it never stemmed.