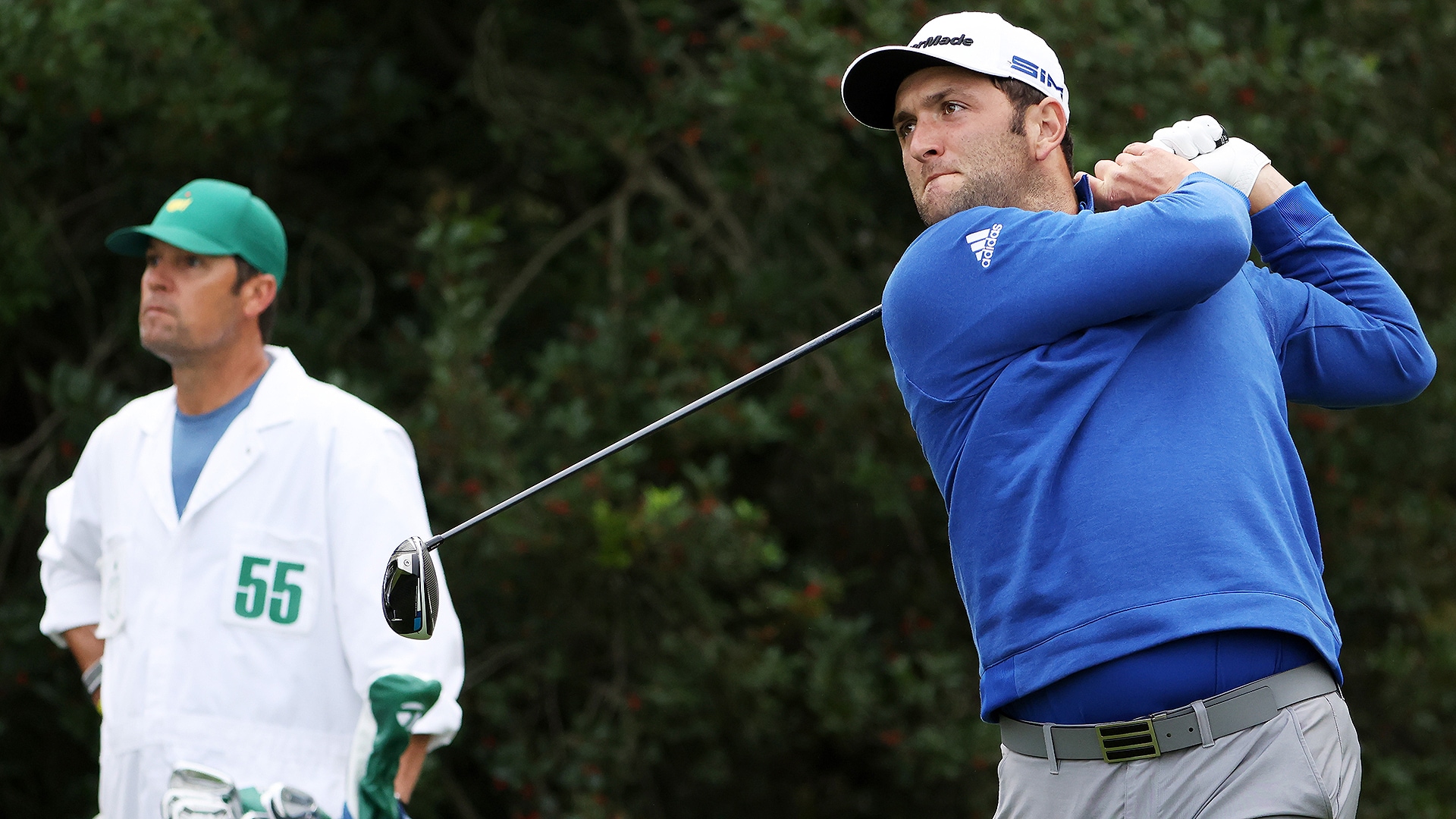 AUGUSTA, Ga. – The top 3 players in the world are part of a five-way tie for the lead through 36 holes of the 84th Masters Tournament.

Rahm wrapped up his second round on Saturday morning to join the group. The first and second rounds have spilled over into new days because of a lengthy weather suspension early on Thursday.

Five-time – and defending – champion Tiger Woods (71) is part of a group at 5 under, along with three-time winner Phil Mickelson (70) and four-time major champ Brooks Koepka (69).

The cut line fell at even par, the lowest cut in tournament history. Sixty-players qualified for the weekend, including U.S. Open champion Bryson DeChambeau (74), PGA champion Collin Morikawa (74) and 2015 Masters winner Jordan Spieth (70) – all on the number.

The third round began almost immediately following the conclusion of Round 2. Players are again going off split tees and playing in threesomes.