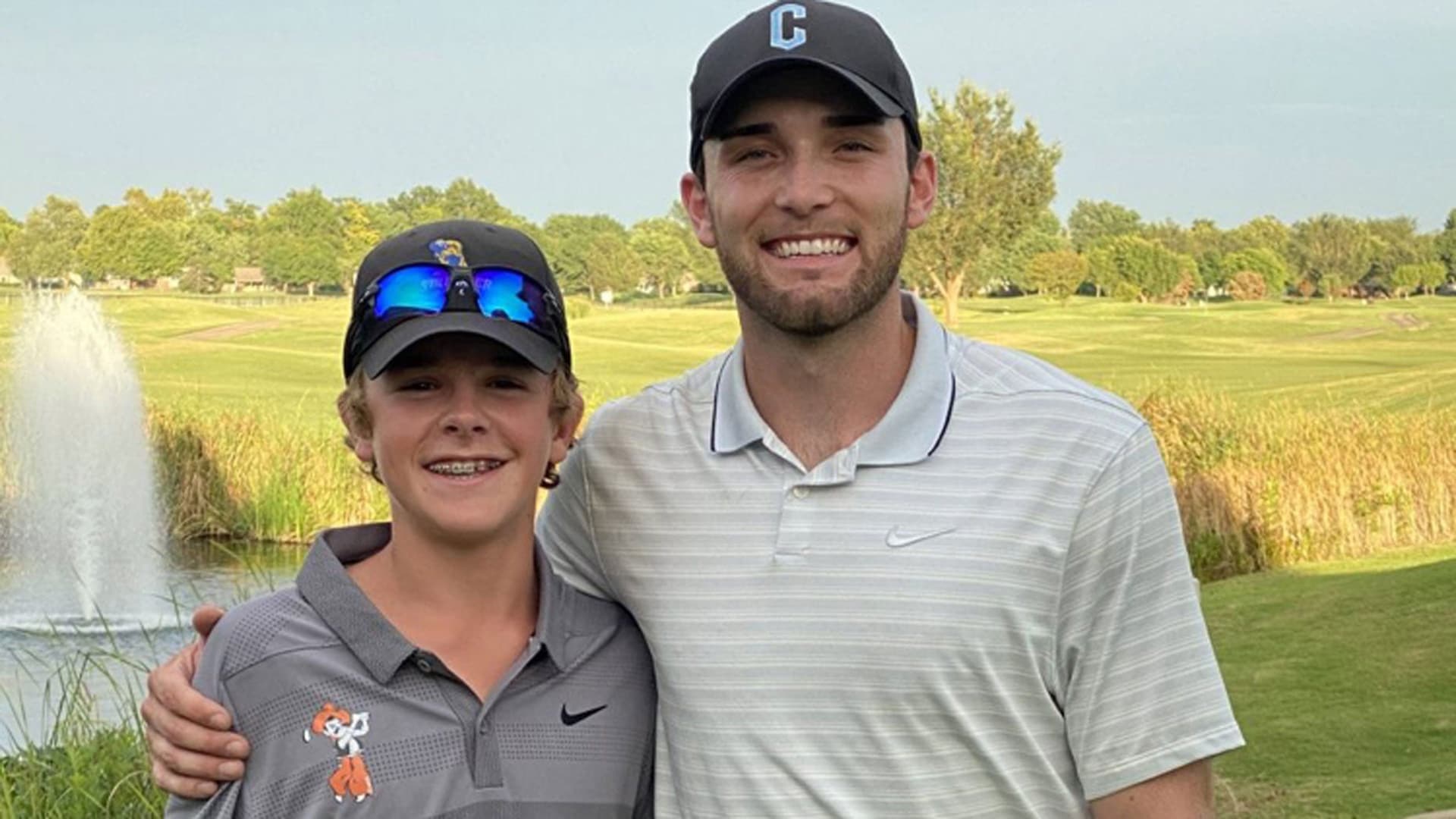 Hughes’ 55 ties the world record first set by Australia’s Rhein Gibson, a current Korn Ferry Tour member who shot 55 back in 2012. Coincidentally, Gibson, who at the time played collegiately for Oklahoma Christian, also recorded the record number in Oklahoma, at River Oaks Golf Club in Edmond.

According to the official scorecard posted on Twitter, Hughes began his scoring barrage with a hole-in-one on the 155-yard, par-3 second hole. He followed with five straight birdies, at Nos. 4-8, before capping a front-nine 26 with an eagle at the 539-yard, par-5 ninth hole, where he rolled in a 25-foot putt.

“I knew it was pretty special after the eagle on nine,” Hughes told amateurgolf.com. “… From there I was just like, ‘Alright, I guess keep going lower, keep doing the same thing.’ I just kept the ball rolling.”

Hughes birdied Nos. 10 and 12 and in between survived a scare on the par-4 11th hole, where his drive nearly landed out of bounds. Hughes, who plays right-handed, told amateurgolf.com that with his ball next to a fence, he had to flip a 9-iron over and play the shot left-handed. He was able to sink a 20-footer for par to keep the momentum going.

He added a 35-foot make for eagle at the par-5 15th and closed his round with three straight birdies for what was easily the round of his life. He nearly had a 54, too, as his eagle chip at the par-5 finishing hole nearly dropped.

Per amateurgolf.com, Hughes was playing 6,413-yard South Lakes with a junior golfer, who was set to compete in a junior event there two days later, and two random golfers. He has played in three All-Pro Golf Tour mini-tour events this year, missing the cut in each of them.

Maybe his record 55 will be the confidence boost he needs.

“To do that on any golf course and record that score, it’s just pretty mind blowing,” Hughes told Golf.com. “It gives you a lot of confidence. It gives me a lot of confidence. I always had that belief that I could maybe pursue golf as a career. Golf is such a mental game – you fight yourself all the time thinking if you can do it or if you can’t do it. Pretty much what this does is it’s just a positive boost that i can do it.

“It’s remarkable to be on such a short list of people who have shot in the mid- to upper-50s. It’s incredible. I’m just blessed to be able to shoot a score like that and be a part of history in some sort of way. It’s very humbling.”