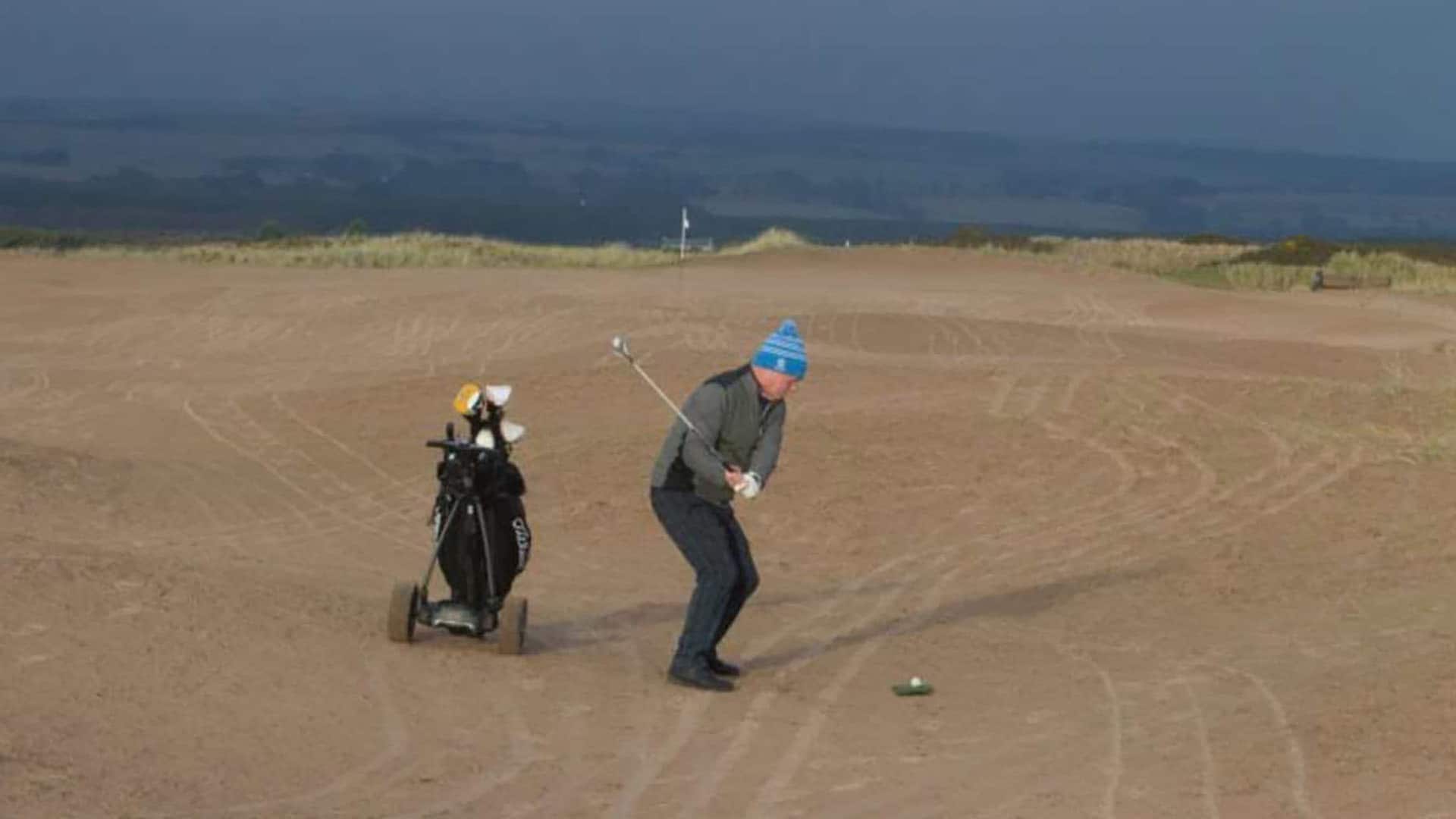 One of the world's oldest golf courses had one of its holes turned into a big bunker during Storm Dierdre, which hit the Scottish course last weekend.

Montrose Golf Links, located along the North Sea in Angus, Scotland, is more than 450 years old and is recognized as the worlds fifth-oldest golf course. On Saturday, the course's second hole was covered with a carpet of sand after heavy winds blew sand from the adjacent beach onto the hole.

Darren McLaughlin, the course's greenskeeper, called the storm "absolutely biblical" in a report by The Courier.

Golfers were directed to play the winter green while the course's staff worked to return the hole to playable conditions. An industrial blower was expected to arrive Wednesday to clear the remaining sand.

Climate change is being blamed for the incident as the North Sea continues to rise and erode the coastline.