Would players boycott a fan-less Ryder Cup? Brooks Koepka could see it happening

FORT WORTH, Texas – Brooks Koepka joined a chorus of players who wouldn’t want to play a Ryder Cup without fans.

Rory McIlroy has expressed similar thoughts in recent weeks, as did Jon Rahm on Tuesday.

Given the relative reluctance among players to play the biennial event without fans, Koepka was asked if he could envision a scenario where a player would boycott the matches if it were played without fans.

Would Koepka himself boycott?

“Possibly. I think there's a lot more that goes into that, why they would be playing, personally. As players, I think we all know why they're playing, or why we would play,” he said, referring to the Ryder Cup's organizing bodies, chiefly the PGA of America and the European Tour.

"That's the only reason," Koepka responded, making a Johnny Manziel money gesture with both hands.

McIlroy didn’t think it would come to a boycott.

“I'm pretty sure they won't carry on without spectators, so I don't think that [a boycott] would have to be an option that I would have to consider,” McIlroy said. 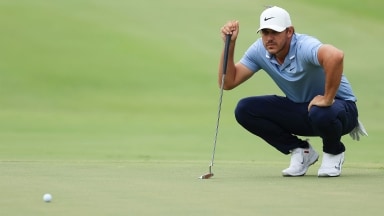 Brooks Koepka shot a third-round 68, and feels better over the ball on the putting green after his coach noticed an alignment issue. 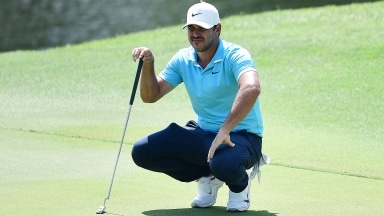 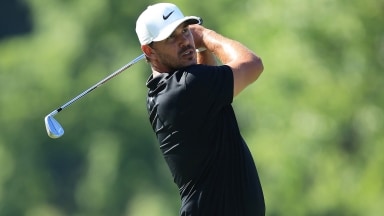