Schauffele on close call: Nothing but a positive 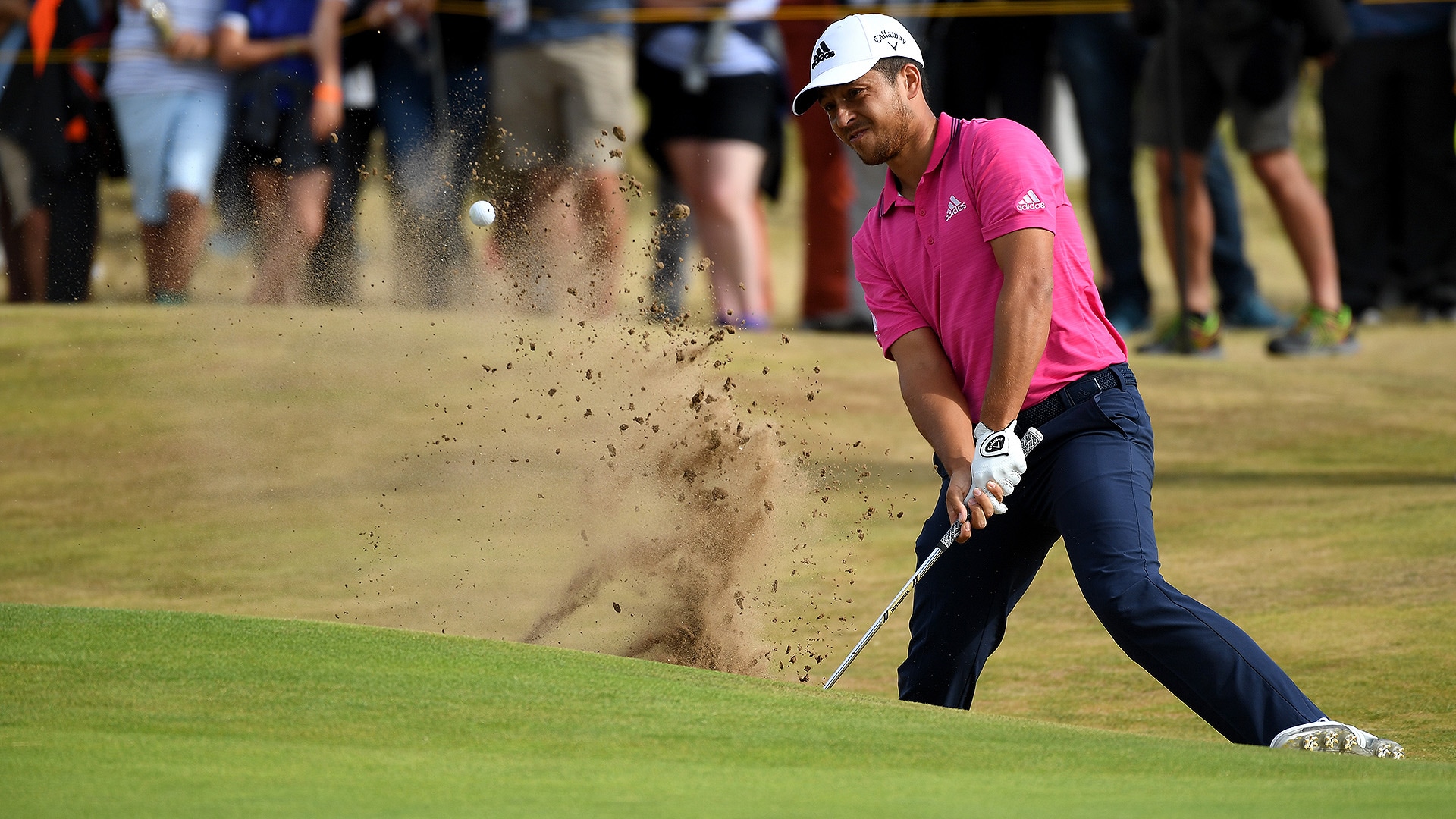 CARNOUSTIE, Scotland – Playing in a final group at a major for the first time, Xander Schauffele awkwardly splashed out of three pot bunkers, went out in 40 and still somehow had a chance to win at Carnoustie.

Playing the 17th hole, tied with Francesco Molinari, Schauffele flared his approach shot into the right rough and couldn’t get up and down for par. He dropped one shot behind Molinari, and then two, after the Italian birdied the final hole.

Just like that, Schauffele was doomed to a runner-up finish at The Open.

“A little bit of disappointment,” he said. “Obviously when you don’t win, you’re disappointed. Hats off to Francesco. I looked up on 17 and saw he got to 8 under, which is just incredible golf and an incredible finish.”

Schauffele did well to give himself a chance. The 24-year-old was in the final group with Spieth, but both youngsters fell off the pace after rocky starts. The Tour’s reigning Rookie of the Year birdied the 14th but couldn’t convert a 15-footer on the treacherous 16th that would have given him a one-shot cushion.

“It’s going to go in the memory bank as a positive,” he said. “I had a chance to win a major championship. I was in the final group. I had to face a little bit of adversity early in the round, and I still gave myself a chance. Anyone can look at it however they want to, but I’m going to look at is as a positive moving forward and try to learn how to handle the situations a little better next time.”