As Schauffele shows, sometimes it's easier to come from behind 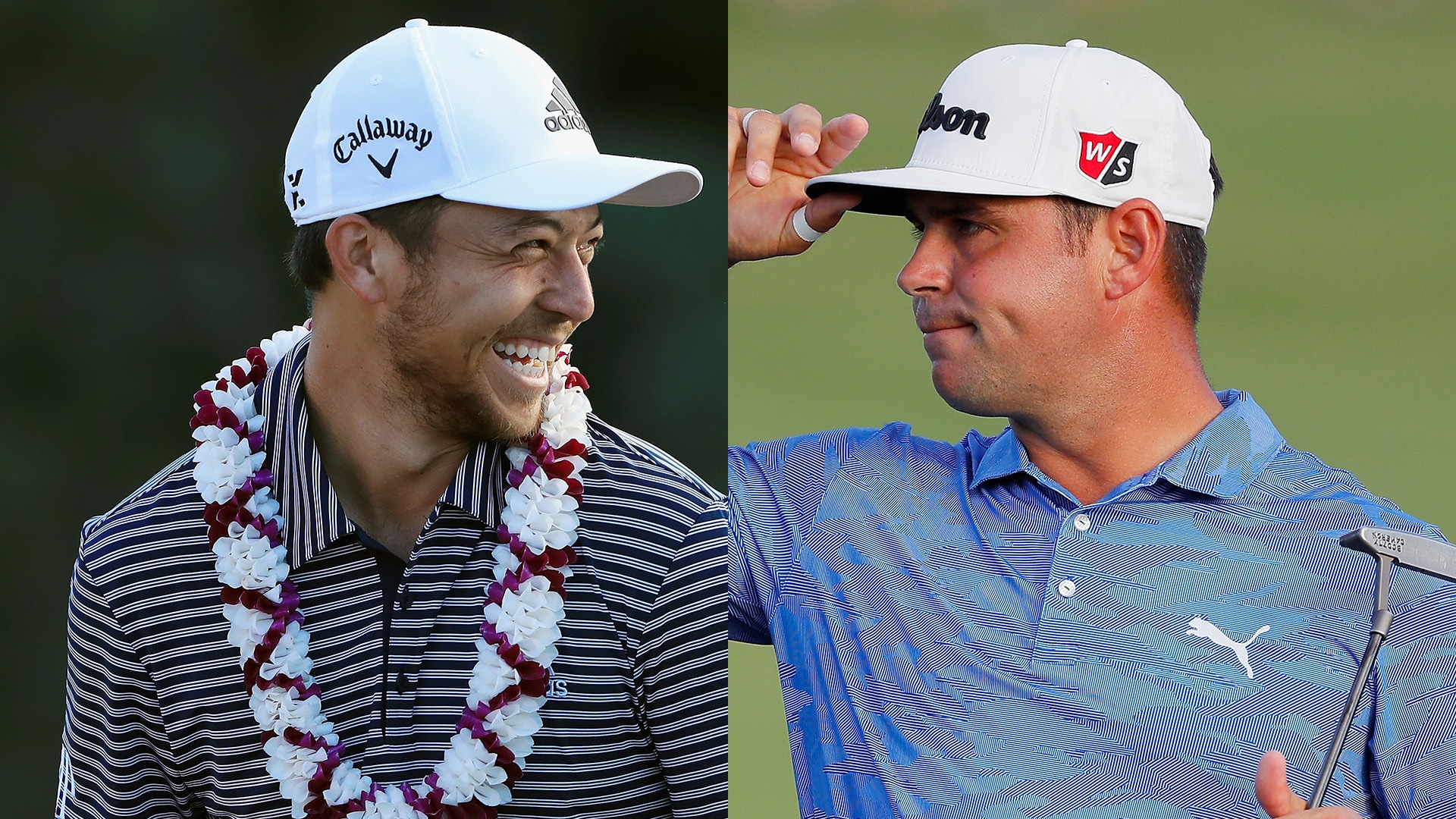 KAPALUA, Hawaii – It seemed fitting that on Wild Card Weekend in the NFL, golf learned a valuable lesson about playing prevent defense.

Anyone with basic arithmetic skills will tell you it’s better to play with a lead. Starting with the lead provides a built-in cushion. The math is simple, but the actual application is exceedingly difficult, as demonstrated by Sunday’s final round at the Sentry Tournament of Champions.

Look no further than Xander Schauffele to prove the point. In all four of the 25-year-old’s victories on Tour, he started the final round needing to play catch-up. His most recent rally came Sunday on the Plantation Course, where he rocketed up the leaderboard from six shots back.

Schauffele improved with each round after starting his week with a 1-under 72, which on the pincushion-soft Plantation layout is akin to running backwards. But he rallied on Friday (67), kept pace on Saturday (68) and, even when he bogeyed the first hole to start his final round, he never let up on his way to a closing 62 and a one-stroke victory over Gary Woodland.

It’s become Schauffele's calling card in his short career on Tour. He began the final round in 2017 at The Greenbrier three strokes off the lead and won by one. He charged from two back in ’17 at the Tour Championship and again won by one. He rallied from three behind last fall in China, where he took down Tony Finau in a playoff. But his six-stroke comeback on Sunday in Maui is by far his most impressive.

“Today was six [back] after one. So that was probably the worst one yet, right?” he asked following a closing round that included two eagles and just a single bogey.

Schauffele isn’t misguided enough to consider coming from behind the preferred path to the winner’s circle, but he has come to understand the benefits of freewheeling it.

“I mean a day like today, after you bogey the first, you kind of look around and realize you have nothing to lose,” Schauffele said. “This was in sort of dramatic fashion, and it turned into a birdie-fest coming down the stretch.”

Well, it turned into a birdie-fest for Schauffele, who played a 13-hole stretch in 10 under par on Sunday. Much of the rest of the field didn’t find the Plantation Course so gettable, including the 54-hole leader, Woodland.

If Schauffele has made Sundays on Tour seem impressively easy, closing out tournaments has become particularly difficult for Woodland, who is now 0-for-7 converting 54-hole leads in stroke-play events.

Woodland cruised into the closing loop with a three-stroke lead over Rory McIlroy and was still three clear following a birdie at the ninth hole. But he wasn’t able to keep pace with Schauffele on his final nine and missed a 10-footer for birdie at the last that would have forced a playoff.

It was another tough lesson for Woodland, who was treated to an up-close view of a similar performance at last year’s PGA Championship, when he was paired with Tiger Woods in the final round.

“I learned a lot that day, and I'm trusting my game a lot more,” said Woodland, who closed with a 68 to finish alone in second place. “I played a little more conservatively, trusting the rest of my game, and I stayed patient today. I didn't get a lot of putts to go in early in the round, and I kept fighting, and that's something I take away from playing on Sunday with Tiger.”

But then, Woodland knows as well as anyone how difficult it can be to play a final round with the lead. He ranked 107th last season on Tour in final-round performance, which is the percentage of time a player’s position improves or remains unchanged in the final round.

The trend seemed to continue earlier this season when he began the final round of the CIMB Classic tied for the lead with Marc Leishman but closed with a 71 to tie for fifth place. Although it probably won’t quiet the inner competitor, Schauffele’s final-round performance will at least soften the blow for Woodland.

“I knew what [Schauffele] was doing, and the competitor in me knew I needed to do one better, and unfortunately I didn't get it done,” Woodland said.

If Woodland needed solace following another near-miss, he needed to look no further than his playing partner, McIlroy, who explained on the eve of the final round that the key to Sunday was not to press too hard like he did last season, when he started Day 4 tied for second place and three strokes behind Woods at East Lake.

“My attitude was much better today. I didn't press at all. I was very patient, it's just something I'm going to have to persist in, just keep putting myself in these positions and honestly, I don't think anyone could have beaten Xander today,” said McIlroy, who tied for fourth place in his first start in Maui.

It’s only a matter of time before Schauffele will again be tested by the unique pressure of playing from the front of the pack. Although he’s never held an outright 54-hole lead on Tour, he did begin Sunday at last year’s Open Championship tied for the lead, only to play his opening nine in 4 over par on his way to a tie for second place.

“The next step in my career is to learn to be cool under the gun, having a lead and maintaining it,” Schauffele said. “I think end goal is for me to be able to go wire-to-wire and obviously a major would be nice, but go wire-to-wire and show myself that I got the nerve to do it.”

Just don’t expect the player who has proven himself so adept at the 2-minute drill to have any interest in playing a prevent defense.