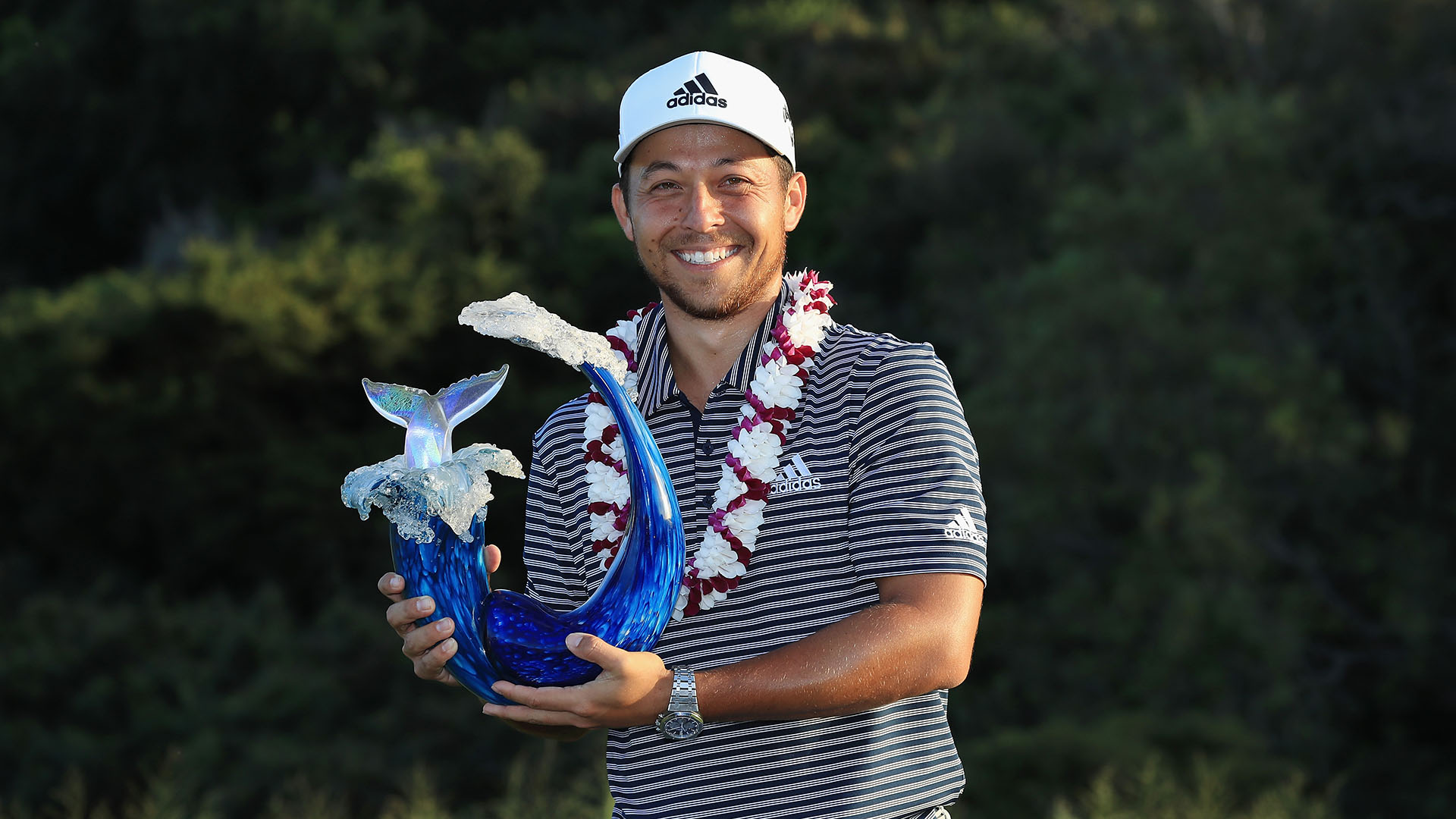 Getty Images
Xander Schauffele of the United States poses with the trophy after winning the Sentry Tournament of Champions at the Plantation Course at Kapalua Golf Club on January 6, 2019 in Lahaina, Hawaii. (Photo by Sam Greenwood/Getty Images)  -

While Gary Woodland appeared ready to start the year with a stress-free victory, Xander Schauffele had other ideas. Here's how things ended up at the Sentry Tournament of Champions, where Schauffele tied the course record to race past Woodland and top an elite field:

What it means: Woodland held a three-shot lead after both the second and third rounds, and he led almost the entire way during the final round on the Plantation Course en route to a closing 68. But that was still no match for Schauffele, who got into this field with a win in China in the fall and torched Kapalua for an 11-under 62 that tied the course record. An unknown journeyman less than two years ago, Schauffele will now move into the top 10 in the world rankings after the fourth win of his short career as the former Rookie of the Year continues to stamp his name alongside many of the other stars of the 25-and-under generation on Tour.

Round of the day: Remarkable, Schauffele started his head-turning round with a bogey on the opening hole. But he didn't let up at all after that, playing the final 16 holes in a mind-boggling 12 under. That run included a pair of eagles, one from just off the green on the par-5 ninth and another three holes later when he holed a wedge from 107 yards on No. 12.

Best of the rest: Thomas won here two years ago, and were it not for Schauffele's remarkable charge it may have been the former world No. 1 who gave Woodland a run for his money. Thomas closed with an 8-under 65, his lowest score of the week and a round that was highlighted by five birdies in a seven-hole stretch on the front nine as he took home solo third-place honors.

Biggest disappointment: McIlroy spoke often of an inability to close as his big regret in 2018, but the new year has started off where the old one left off. The Ulsterman was in prime position through three rounds and earned a tee time alongside Woodland, but he never put any pressure on the leader en route to a 1-under 72 in the final round. Any hopes of a late comeback ended on the short 14th hole, where McIlroy sniped his driver into a hazard en route to just his third bogey of the week.

Shot of the day: In a see-saw battle that brought out the best of both players, Schauffele landed the final blow with an accurate approach to the par-5 18th from 278 yards that rolled to within 15 feet of the pin. The subsequent two-putt birdie gave Schauffele the clubhouse lead, and it turned into a win a few minutes later when Woodland missed a 10-foot birdie putt that would have forced a playoff.

Quote of the day: "Well it means I get to come back, which is even better." - Schauffele 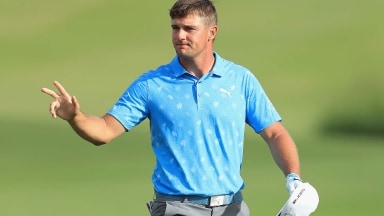 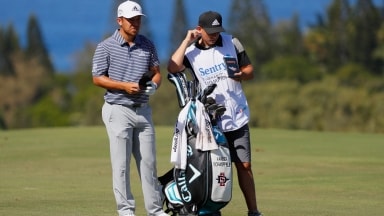 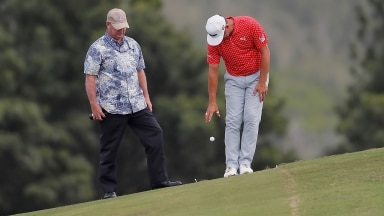