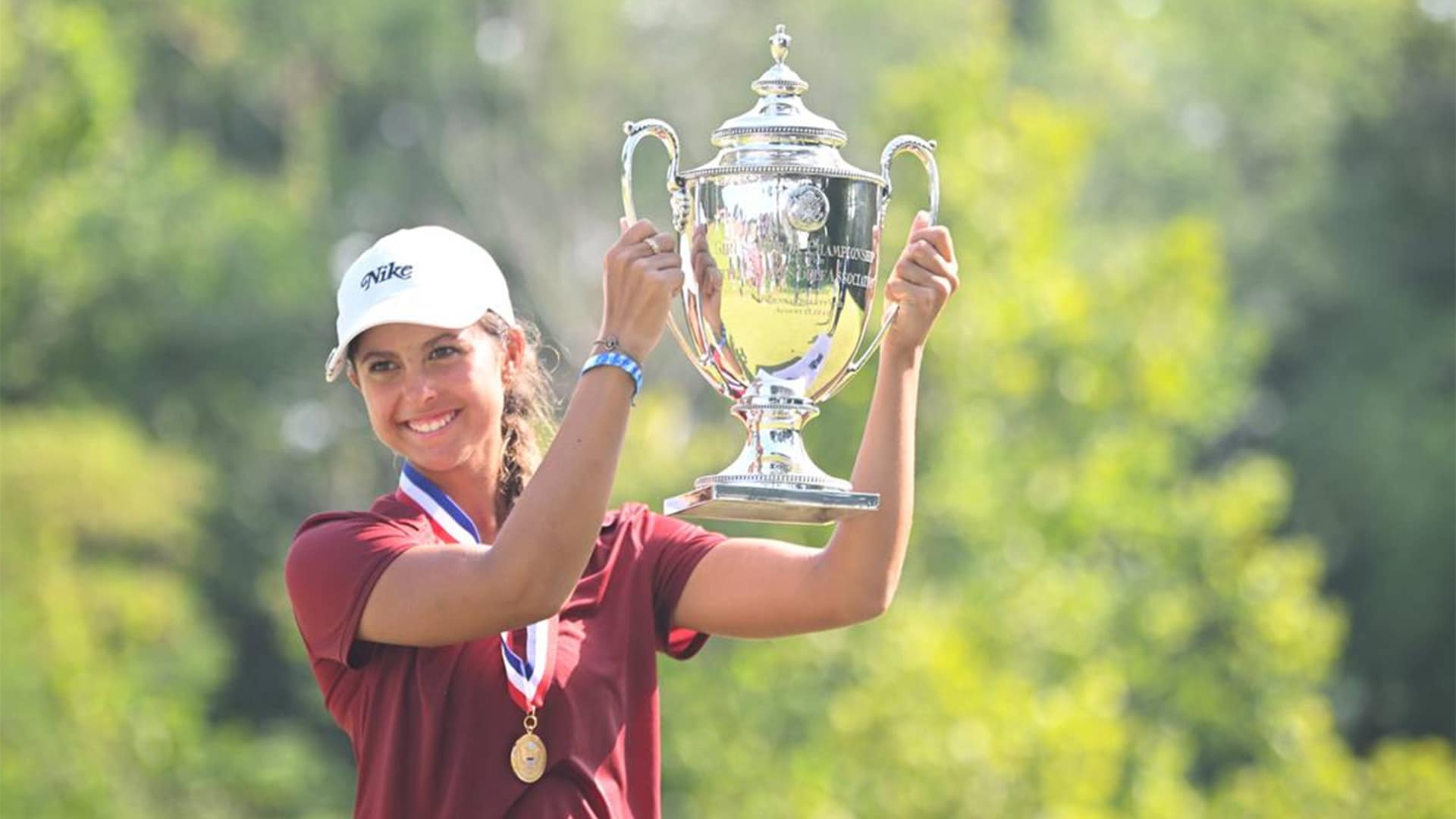 BOWLING GREEN, Ky. — Yana Wilson won the U.S. Girls’ Junior Championship on Saturday, rallying to beat  Gianna Clemente, 3 and 2, in hot conditions in the 36-hole final at The Club at Olde Stone.

The 15-year-old from Henderson, Nevada, earned a spot in next year's U.S. Women’s Open at Pebble Beach.

The 14-year-old Clemente is from Estero, Florida.

Wilson pulled even with a birdie to win the par-5 ninth, the 27th hole of the championship, and took the lead with a par on the 28th hole. She won the 31st and 33rd holes with birdies and ended the match with a par halve on the 34th. 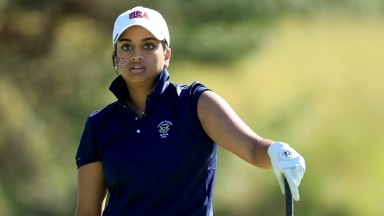